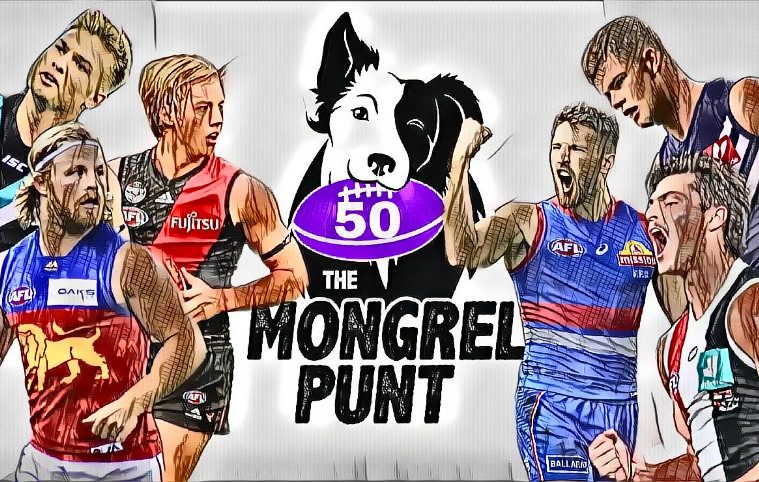 Well, it seems I fell victim to the old commentator’s curse last fortnight… which would be fine if I were a commentator, but given I am not, it seems a little unfair.

Tom Stewart cracked number one in our overall rankings due to a great run of form… and of course, as soon as he bullied his way to the number one spot, he played probably his worst game of the past couple of years, barring the games where he was injured.

And yes, it was wonderful to receive the little jibes from the Captain Hindsights out there who ridiculed that we had him at number one after that game. You didn’t say too much before it…

Aaaaanyway, with a midfielder back at the top of the tree, it seems as though our broadcast has returned to normal, but as you have witnessed this season, these ratings can turn quickly, and four good weeks of footy can change the fortunes of players.

So, let’s have an example – Taylor Walker.

A blistering start to the season saw Tex occupying top spot. He was a beast, and he has not been outside the top 20 for the entire year. He has built a base of excellent form to build on and it has withstood a decrease in form, as well as a missed game due to injury.

It hasn’t been enough to keep him in the top ten this fortnight, and with just 12 points scored over the past fortnight, and it appearing as though he will miss at least one week with his stiff neck, Tex is heavily reliant on his early season form to save his bacon. The issue is that everyone continues to build their overall scores around him, and with basically all Tex’s scores running at 50%, anyone who has a stellar four week stretch could leap past him. I expect him to drop into the thirties by the next time we publish a Mongrel 50 (post R18) unless he reappears and has at least a decent game in the interim.

Round 14 ranks in parenthesis

At points throughout the analysis, you’ll find “points” referred to. As players are scored in multiple categories, as well as having votes added, any score of over 50 in a week is excellent. The highest scores of the season to date have been 75 (Josh Bruce) and 73 (Max Gawn). They are the only two to top 70 points. 50 is a very good game. 60 is outstanding. 70+ is off the charts.

At the end of the season, I am happy to post a list of the top-scoring games of the year. I have data from 2019/20 as well, so I’m at the point where I can compile a bit of an historical list as well.

The Bont is back!

After a brief hiatus, slumming it in third position, Bont has leapt back to the top of the table. With 98 points over the past four weeks, he has been able to vault back to the top, but has a couple right on his tail.

It’ll take a sustained burst of excellence from Bont to remain in the number one position, particularly as he scored poorly in the Dogs’ win this past weekend.

The above said… Ollie Wines’ last month has been outstanding. He has compiled 125 points over that period, and if he can string together two more decent weeks, he will be right in line to be our next number one player.

Both he and Bont have 70 points apiece from their last two weeks, meaning that whoever has the better fortnight upcoming will most likely be top of the bunch…

… unless Daniel Rich swoops in and has a couple of blinders. He has 75 points over the past fortnight, so the next two weeks may be his best chance to grab his first number one rank.

The top boasts seven mids… booooo! However, it is a little strange to see no forwards, with Tex being the best at 15. Remember when they said scoring was going to be up and these rule changes will all benefit forwards? The coaches seem to think otherwise, and have really trimmed back the ability of the big forwards to kick bags.

Two defenders and a ruck round out the top ten, with Darcy at 12, so I feel pretty good about that mix… to a point. Would love a forward in the top ten, but really, they need to earn it. No charity.

The two big Tigers falling out of the top ten probably reflect the terrible fortnight of Richmond, whilst the others are just unlucky that those around and below them all scored well.

Well, 12 of the top 50 come from the top two teams, so you could argue that yes, this is very top heavy.

Funny thing is – it is designed to be. This is for the best players on the best teams, as you get a slight bonus when you score in any category in a winning side. Winners are grinners, as they say, but it also shines a really positive light on anyone in the bottom half of the ladder who can crack the top ten.

So, given that, big hats off to Rory Laird and Touk Miller who are both having great seasons in teams that… well, they aren’t getting the rub like the top sides are.

Patrick Dangerfield is at 121, but he has no real numbers behind him.

Tim Kelly continues to fall, down to 83 from 67. He was eighth after Round 10

Patrick Cripps continues to disappoint, down to 128 from 116

And, whilst I am in no mood to cop a whack, I am gathering I will for this. Dustin Martin is at… 75. Hey, I don’t rank them on names – just numbers. Martin has had one “Dusty” kind of game in the last six weeks of footy. That doesn’t fly when the main focus is on the last four games. His 27 disposals and three goals were back in Round 12.

Screw it. If I have to explain it further, it’ll never be enough. It’ll be interesting to see whether he gets the opportunity to turn things around in September, as per usual. If so, unlike most, I am not counting Richmond out just yet.

I get asked this a but. How would it look if you removed the weighting to benefit players performing in the last week? Ok, just this once… that’s what I said last time, too

New Mongrel 50 will be out after R18, and for our Inner Circle Members, the Weekly Player Ratings that feed our Mongrel 50 are listed below for you to peruse.