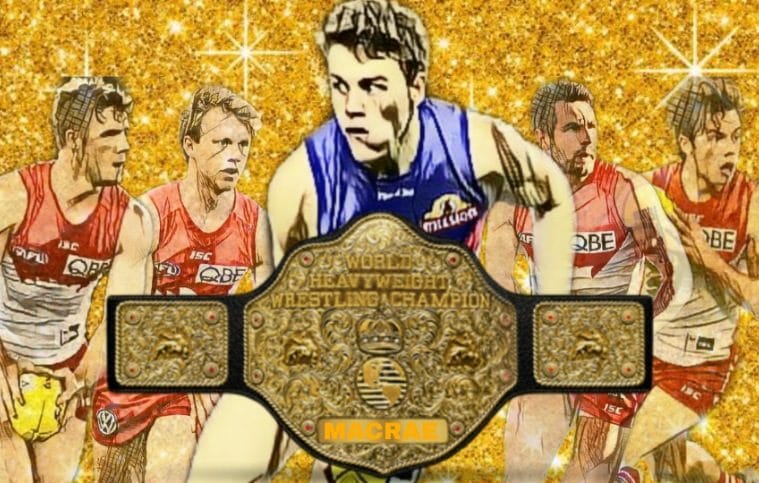 Quick overview – a ninth-straight title defence from Jack Macrae as his Bulldogs pulled away from the Kangaroos and secured his victory… remembering the title can only change hands in a loss.

This week, the champ fronts up against the might of the Sydney Swans, including former champions, Josh Kennedy and Callum Mills. Throw Luke Parker into the mix and a Swans team that is a legitimate finals team in 2021, and it has the makings of a title switch.

Will the Swans be able to hold the champ under 30 touches for the first time this season. Can they upset the top-of-the-ladder Dogs? Can one of their mids rise to the occasion and bring home the gold? And will George Hewett get the job on Macrae and shut him down to help his teammates?

Let’s go – Macrae defends against the Swans this week.