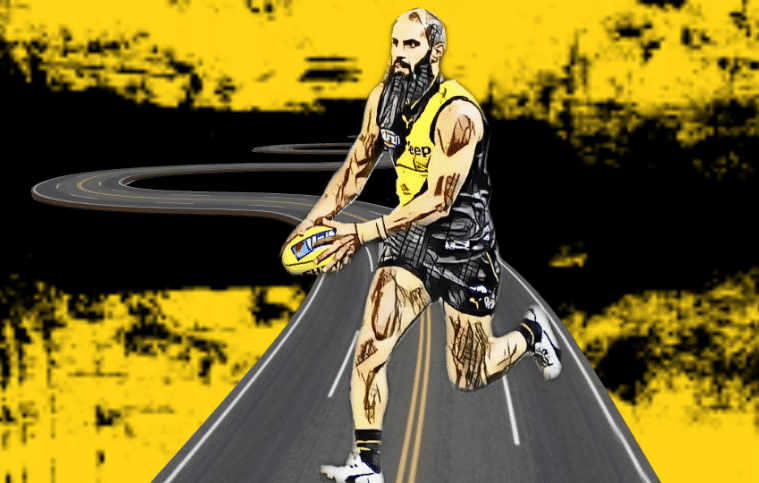 End Of The Road?

There are those amongst us that seem quite content with the apparent demise of the mighty Richmond Football Club.

It happens when a club has experienced sustained success. We are often accused in our society of having a “tall poppy” syndrome, looking to cut down those who achieve at the highest level, and in football circles, this rings true in regard to the Tigers. The average footy supporter has simply had enough of these blokes on top, and are ready for them to take their turn outside the eight.

Whilst I am a firm believer that you never, ever doubt the heart of a champion, and will hold grave fears for the team standing opposite Richmond should they squeeze into the 2021 Finals Series in a bid to defend their crown, their recent form has not imbued me with a lot of faith that the players feel the same way.

Richmond have looked shaky, clumsy and a shadow of the team that struck fear into the hearts of the opposition over the last five years.

The Tigers are indeed taking a standing eight-count at the moment, attempting to shake off the cobwebs of consecutive losses to teams they really should have wiped the floor with. A belting by the Saints in a game where the team managed to kick just two goals was followed by a capitulation to the lowly Gold Coast Suns in what many have declared as the beginning of the end of the Richmond dynasty. Some people just love seeing their name in a headline, huh?

However, it was an innocuous incident on Thursday night that seemingly ended the season of one of the league’s true class acts made it all worse. Lading awkwardly in a marking contest, Houli battled through the rest o the game with an injured ankle, and even lifted late in the game to look as though he might be integral to the Tigers getting over the line.

They didn’t, and the news following the game was all bad for the Tigers. Houli’s injury was worse than first thought, and just like that, his season looked over.