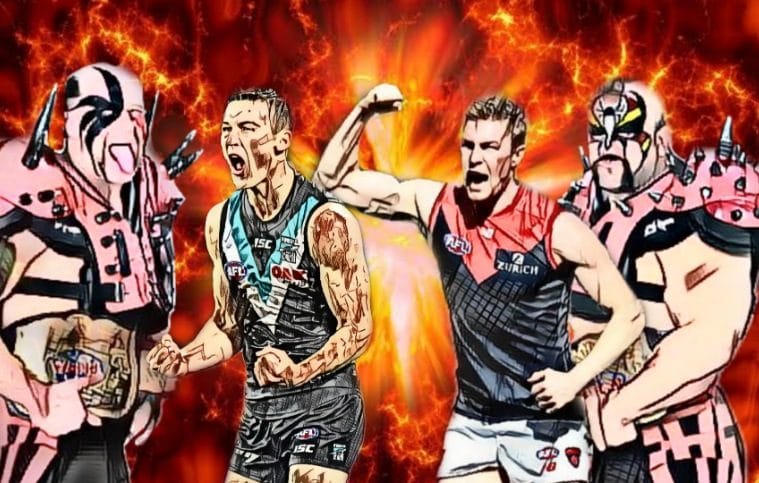 The Road Warrior Ladder – Round 14

The last week of the byes, and hopefully, the last week of Victorian teams being shunted all over the country to keep the AFL season afloat, has passed us by and with just five games on the cards in Round 14, there was the scope for a few road teams to make one last leap toward the top before things settle and everyone is back on deck.

Who made the leap up the ladder and who failed to capitalise? Scroll down to see

THE ROAD WARRIOR LADDER AFTER ROUND 14

Just one solitary point separates the Dees and Port at the top of the ladder, whilst back in third and fourth, just three points divides the Lions and Dogs as they battle for road supremacy.

Last week I tipped Port to make a run for top spot and they almost got there. They won by 50 points, but just one more straight kick and they’d be on top of the Road Warrior Ladder. Soooo, I guess I was wrong… damn it!

The Dogs have the chance to pinch top spot with a 20+ point win over the Eagles in WA, as all the other contenders find themselves playing at home this week.

Essendon were stone, motherless last a few weeks ago, and now… here they come!

And as they say in the classics… Arrrrrggggghhhh, what a rush!

I’ll update this every week if I get time, or every couple of weeks if that suits a bit better. Though it means nothing in the grand scheme of things, it is just interesting to keep an eye on who is the best-performed road team in the game. It just might come in handy in about four months.

PS – Where would you rate the Steiner Brothers all-time in terms of tag teams? They kind of lost their way in the mid-90s, and that led to Scott Steiner becoming Big Poppa Pump (great character), but from about 89-93/94, they were just about the best team in the world.