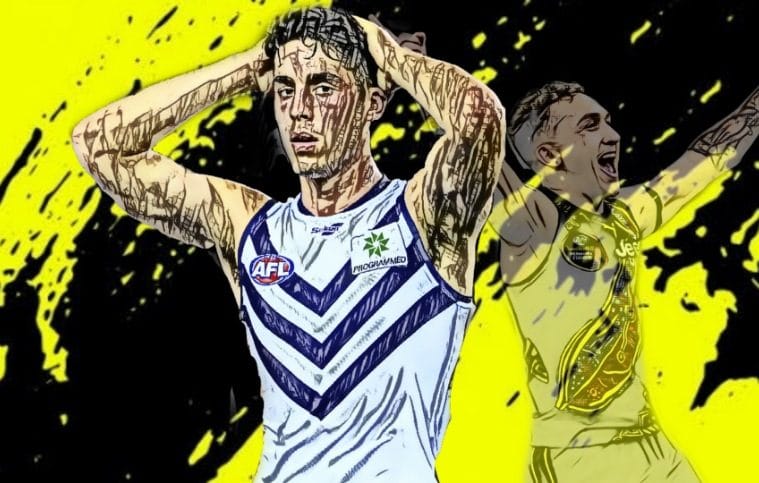 It’s around this time of year that the trade winds go from a gentle breeze to a howling gale.

And they’ll only get stronger as the season progresses.

With players unsigned heading into the back half of the 2021 season, the sharks wearing the guise of list managers are now circling, and already they are looking for ways to elevate their clubs in the new season. This year, the winds are blowing exceptionally strong for this time of year, with big name players and established stars both failing to agree to terms on contract extensions at their current clubs.

Whilst Carlton and Patrick Cripps seem close to agreeing on a deal (yet strangely, no announcement has been made weeks after they were “close”), it is the signatures of some of the younger stars that are garnering the most interest.

And right now, most of the talk seems to be around the possibility of Adam Cerra heading back to Victoria.

The remainder of this standalone article is for our paid members. Each week, the entry-level membership at The Mongrel gets our wingman rankings, early access to Good, Bad, and Ugly game reviews x 4, The Mongrel Punt Midfield Championship Belt update, and standalone articles such as this – there were four of them last week. Want to join them?