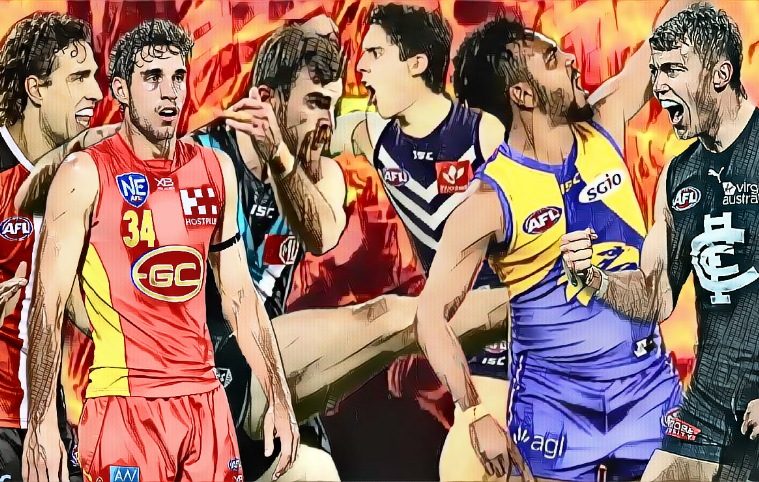 The AFL season seems to roll from one controversy to another over the course of any given week, and this one has been no exception.

We’ve had the suspensions of Scott Lycett and Jeremy Finlayson, the “injury-plague” that is apparently something new in the game all of a sudden, Willie Rioli cementing himself as the clubhouse leader for biggest dickhead of the season, Shai Bolton and Dan Rioli engaging in a bit of nightclub rough and tumble, and Patrick Cripps having a fractured back and requiring weekly injections to play for the Blues… and then, suddenly, he didn’t!

What a week, huh? It’s almost too much to digest if you’re hit with it all at once.

So, why not allow The Mongrel to break it all down for you in bite-sized, digestible amounts? Seems like a good idea, right? Watch me make things worse!

This standalone column is additional content for our members. They also receive The Mongrel Punt Midfielder Championship Belt weekly column, weekly wingman rankings, early access to our Good, Bad and Ugly reviews x 4 each week. Plus articles like this one Wanna join them?