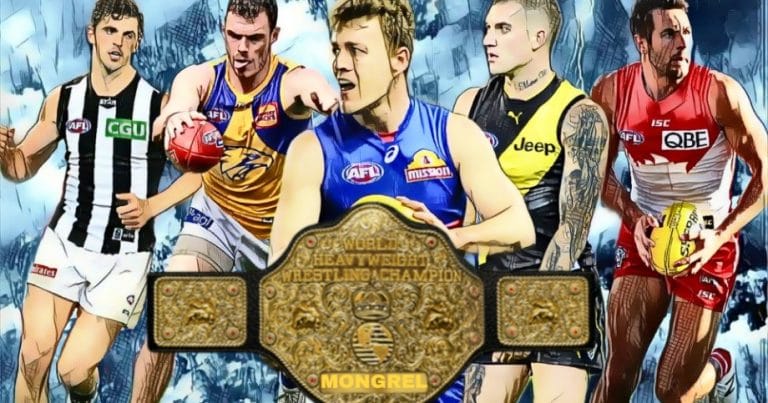 The Mongrel Punt Midfield Championship Belt is a bit of fun – let’s be honest, but it’s a bit of fun that adds a little bit of interest to each and every game the champ competes in. Who, if anyone can beat the champ?

Note – the “History of the Midfield Championship Belt” is at the conclusion of this article. It covers the 2017-20 seasons, encompassing 31 reigns.