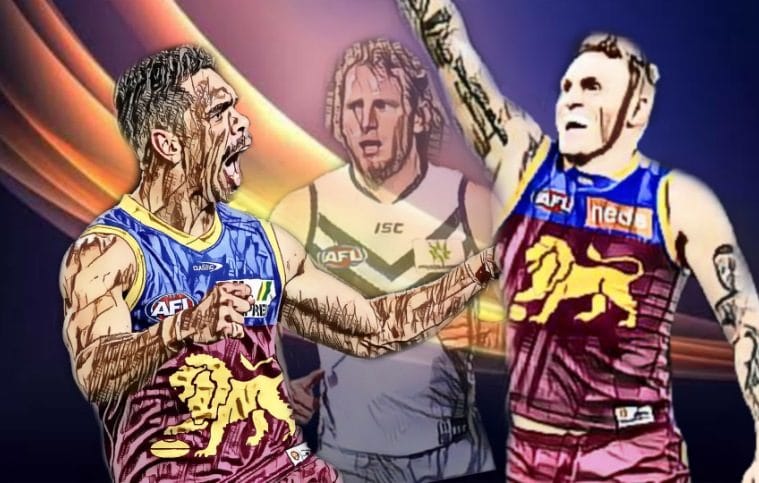 Ah, the graveyard shift. A favourite of this Mongrel. This week’s Sunday night special was one that appeared to offer plenty in terms of reshaping the narrative of the 2021 season. A Fremantle win would see them catapult into genuine top-eight contender and relegate the Lions to the “in-trouble” part of the ladder. A Lions win sees them get the reward for their good vein of form and solidify their spot in the eight, while leaving Fremantle back in the pack, not far from where most pundits would’ve predicted.

Brisbane had looked to have steadied their season coming into this game. Jumped first-up by the Cygnets, followed by a controversial loss to the Cats (which is looking more and more like an early season heavyweight bout as the year progresses). A mixed bag against the Pies and Dogs. But in the last three weeks, the Lions have looked imposing and have found their 2020 form. Their statement performance against the Power last week should serve as warning for teams travelling to the Gabbattoir.

Fremantle have been more than respectable this season. Written off by many early in the year, the Dockers found themselves in the eight coming into this match, having been brave in a few matches but experiencing costly second-quarter lapses which have troubled them. Last week served as a prime example, sure they kicked five goals of their own, but allowed the Eagles to kick seven. Still, the Dockers haven’t lost a home game and outside of a shellacking from the Blues, have travelled away fairly well.

Anyway, Let’s get into the stuff that mattered…

People will say he barely kicked the footy, but Fyfe did so much more than just handball in this game. I mean, he scored one goal and three behinds, so he had a couple kicks. He just needs to work on his accuracy.

Refocusing on the rest on the rest of Fyfe’s evening, he played a very tough game. He lead everyone on the ground in contested possessions and clearances. Receiving plenty of attention from the Lions midfielders, Fyfe threw himself to where he could have the most impact, on the inside.  A rewatch of the game will show that Fyfe not only had a game-high eight clearances but gave away another six to eight clearances to teammates due to his ability to take on multiple tacklers and draw a crowd, then allow another Docker to swoop in and collect the footy.

A quick note that he probably should’ve been pinged for holding the ball on the wing late in the second quarter, but umpires generally allow more leeway for the league’s best.

Just an established midfielder, this guy. Going to toe-to-toe with Nathan Fyfe and winning. Tick. Running passed for a handball and slotting a goal form outside 50. Tick. Lead the Lions in clearances and score involvements. Tick. There’s no place to Fault Lyon’s game. It was a genuine midfielder’s game.

I may not watch enough Lions games, but he seems to be developing a knack for finding more time when he has the footy. He just isn’t as flustered by any sort of pressure at all these days, which is always a really good sign for a player’s development.

McCluggage is playing like a guy who was robbed of an All-Australian spot on the wing last year, because he bloody was. He has taken his game to another level in 2021. Spending most of his time out on the wing, but going into the middle when required, McCluggage is stepping up as needed for the Lions.

An outstanding performance in this game as he duelled with the likes of Aish and Acres on the wing, and then Mundy and Serong inside. It didn’t matter who he was matched up on, McCluggage was doing his thing.

Seriously though, Charlie was 0-3 from his snaps in the first half and 2-0 from his drop punts. The numbers speak for themselves. He managed to sneak one in through the big sticks in the third quarter, but the damage was done. Other than his wayward goal kicking, Cameron was everywhere in Brisbane front half. It was a very complete game for him. He was hitting up the footy around half forward, and acting a pseudo key forward at times in a team with bloody three of them.

He was clearly the most dangerous and damaging man on the ground, if only he had his radar a bit more finely tuned, we’d be talking about a virtuoso half-a-dozen goal performance.

Someone just needs to go and stand next to this guy. I don’t know how teams still leave him unattended. He could have had a couple more shots at goal if teammates had honoured him coming past for the handball just outside 50.  People will point to cheap stats around the defensive 50, waxing the footy with other defenders, but try and say that with a game-high eight intercept possessions and over 660 metres gained.

If you give Rich space, he will carve you up just like he did to the Dockers in this game.

Good game from Daniher. He kicked his three goals and took some strong marks, including a couple down in defence, assisting his teammates. Daniher looks to be settling in well at Brisbane. Arguably the biggest kick in the competition, he almost made the commentators eat their words when they were questioning his intent to have a shot for goal from 70-metres out. The ball was only just grabbed before the line. I’d back him in to make it if he got another shot at it.

Another good outing from Serong in this game. Slightly down in his numbers, but still a very good foil for Fyfe and Mundy through the middle. he seems to have a really good sense around forward half stoppages and is not afraid to take his shots on goal. Will probably be asking for a couple moments back from the first quarter which pushed him out of the best category. A fumble up forward and an errant handpass in defensive 50 that gave McCluggage an easy goal.

Great shut down job on Walters. Starcevich has really found his place as a shutdown small defender and Walters was simply his latest victim. Starcevich kept him to only 10 disposals and a goal, whilst getting 12 disposals of his own. Big winner.

I don’t know how many times I can call this guy a pure footballer. Just put him in the midfield and watch him get 20-25 disposals and kick one or two goals and make just about every other player look second rate when he has the footy in hand.

Just a really efficient game from McCarthy. He’s become a very good player at the Lions. He is a real connector within their game style and Lions fans must love it when he gets the footy, because good stuff just keeps bloody happening. Exhibit A being the 12-metre left-handed handball in the second quarter to hit Rhys Mathieson at full sprint. Sublime.

I thought Taberner was solid in this game. He puts on a lot of pressure for key forward and takes his couple contested marks and kicks his couple goals each week. At least Fremantle fans know what they’re going to get from him every week. You sense they may want a little more sometimes, but Taberner does more than enough most weeks. A seriously underrated key forward.

Fremantle’s response to Rich. Did almost everything right in this game but still wasn’t enough to crack the votes. Wilson has been very solid for the Dockers this year but much like Taberner must be playing on another planet as he is never mentioned alongside other elite rebounding defenders (potentially may not be in that class, but I think it is worth the discussion).

He had 11 rebound 50’s, six intercepts and a whopping 650 metres gained in his game. Any attacking defender would take those numbers to the bank every day of the week.

The Not So Good Stuff:

You had to feel unlucky for Michael Frederick. Going down in the first quarter with what looked like a painful ankle injury. Best wishes for the young kid. Hopefully not too serious.

If you Don’t Mind Umpire

A staple of my reviews as there is always at least one decision that an umpire makes that is incomprehensible. But not this time!

This time, it is recognising the goal umpire who knowingly put himself in harm’s way on the goal line and bodied up to Matt Taberner in a marking contest. Despite his smaller stature, looked like he actually enjoyed it. Kudos to him for loving what he does and never taking his eyes off the footy as he absolutely nailed the call.

Looks to be really starting to develop and get some confidence playing in this Lions side. Not a huge game by stats, but his impact was definitely felt through the middle part of the match. Robbed of a goal by a free kick in the third which would’ve made his day look better.

I always love a bit of Mitch Robinson aggression and by-play. The guy always delivers in annoying the opposition in physical ways. And particular credit to Robinson because he always backs it up. He got into a bit with Brennan Cox on the wing and then followed it up the next play by going back with the flight of the ball, with the big Freo ruckman in Darcy coming the other way. Never change Mitch. Never change.

The Lions find themselves in a really good position now. Sitting 5-3 after eight rounds with four wins in a row. Two weeks into a five-week stint in the sunshine state and sleeping in their comfy beds. Lapping up the surf. They can set themselves to really attack their next month of footy which is going to arguably be the most telling of their season. They start with the Q-clash next week at Metricon, followed by games against Richmond, the Giants and then Melbourne at the MCG. Juicy…

The Dockers have to regroup quickly after this loss. At 4-4 they have no time to dwell on losses. They’ll be coming up against a smarting Essendon next week at Marvel in back-to-back to road trips. Rough. They then return home to face the revitalised Swans in Perth. They need to be at least 5-5 if they want to be a realistic shot at finals.