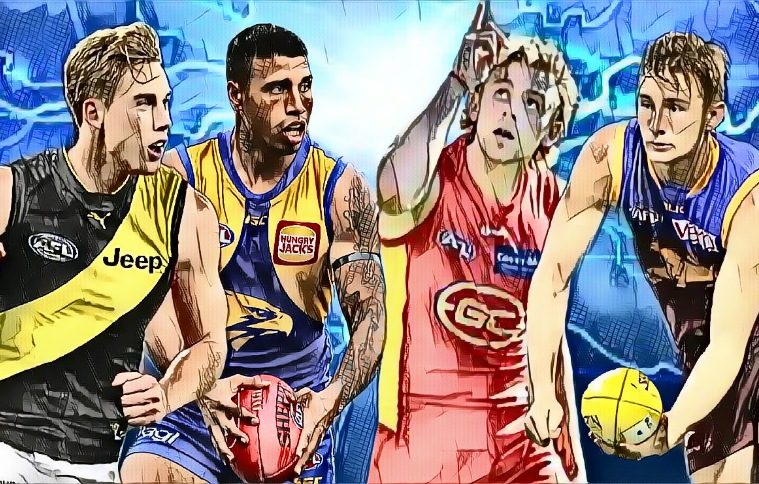 With Round Eight banging on the Mongrel’s door, it’s important to go into a weekend of analysis an… damn it, fun – I have fun watching football – with a clear view of what happened the week before.

As many of you would be aware, our Mongrel 50 fortnightly rankings are one of the most comprehensive player ratings systems around, taking into account both players surging in form, and those who have a strong body of work behind them as the season progresses.

We’re sitting right at the one-third mark of the season, so it’s time to start taking stock of those who needed to round into the season and start to wonder whether the form their displaying may just be the 2021 version of them. Conversely, after seven weeks, it may be time to start taking some of the “bolters” a little more seriously.

Next week gives us our third incarnation on The Mongrel 50 for 2021, but before then, and every week for our Inner Circle Members, we have the weekly player rankings, which feed directly into the main column.

Who were the top-ranked players for the week? Let’s jump in

To change things up a little, given my lack of time and sheer laziness this week (I did write a couple of extra columns – the Walsh/Rozee/Butters/Smith one, and the Showdown one) I am going to list the overall top 20 for the week with a brief rundown of what I saw and what it could mean going forward instead of the players ranked in position and then the top ten overall. If you guys prefer this way, let me know – if you like the other way, I’m happy either way, so give me a shot if you feel strongly one way or the other.

This content is for our Inner Circle Members – it is a weekly column for them that feeds directly into our fortnightly Mongrel 50. This level of membership also allows them access to our X-Factor rankings, weekly Defensive Player of the Year columns as well as all the tier one content as well – wingman rankings, Midfielder championship belt, early access to Good, Bad and Ugly reviews, plus standalone columns. Wanna join them?