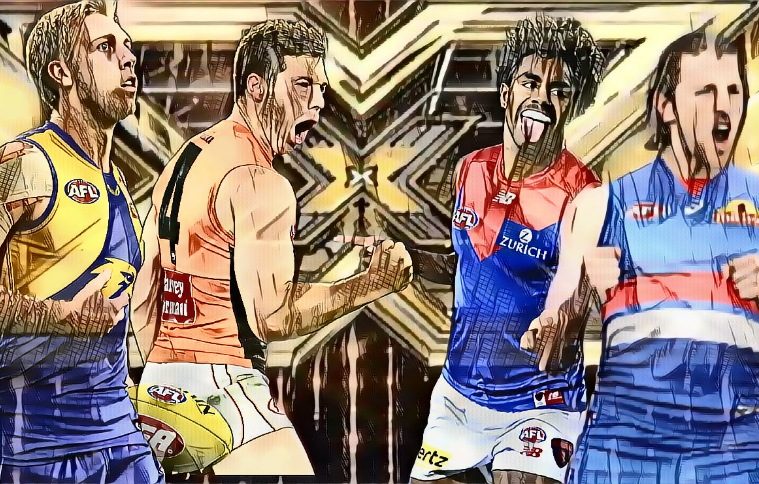 But does Sean Darcy? How about Bayley Fritsch?

Breaking down what makes a great X-Factor player wasn’t as easy as it seems. To begin, we had to take into account that these players are almost exclusively goal kickers. They are the players that run forward and hit the scoreboard on a weekly basis.

Below is the third X-Factor Ranking for 2021, and there have been some big names falling off the list completely. That one goal per game average has played havoc with blokes who would still be near the top if they just hit the scoreboard a little more often.

Still, it’s difficult to be an X-Factor player averaging 0.6 goals per game, so I am glad I remained hard and fast (like a Joe Ganino lovemaking session) on that rule.

This is an additional fortnightly column added this season for our Inner Circle Tier Membership. As the season progresses, I will dive deep into the factors that contribute to the success, or failure of those on the list, and provide analysis of how they got there.