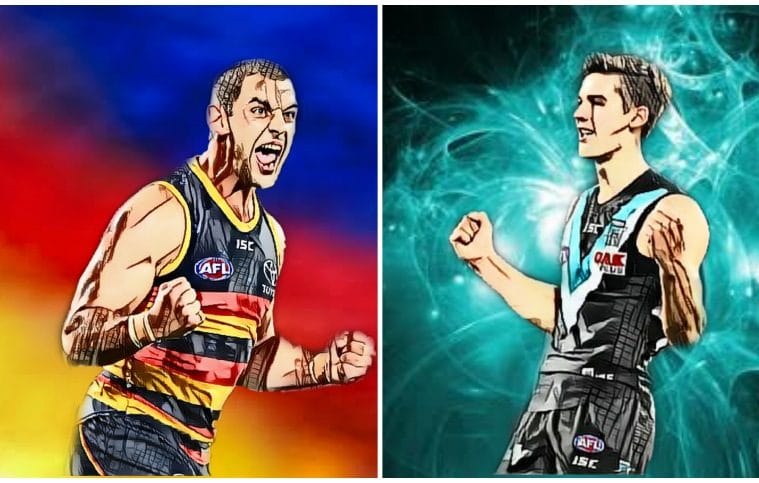 Here at The Mongrel Punt, we often hear the term ‘Vic-Bias’ bandied about whenever there is an article that neglects to cover a non-Victorian team in the manner in which someone from *enter state here* finds acceptable.

It can be a cheap out, in my book – an argument-ender without much substance, meant to throw someone off balance and hopefully end the discussion without any serious debate. I relate it to someone calling another person a racist in an attempt to end a discussion nit entirely based on the subject.

“My blue car is faster.”

“My white car is the fastest.”

It’s often a cheap, nasty, and often poorly thought out argument, but once in a while, it’s completely justified.

And is there a Vic-Bias here, at The Mongrel Punt?

I’ll answer the second question first – I can guarantee you there’s not – we have writers based all over Australia. We have Freo supporters, West Coast supporters, a bloody Gold Coast supporter, and probably too many Geelong supporters, to be honest. However, that does not stop people levelling the accusation of “Vic-Bias” our way depending on whether their team wins or loses. There’s only bias when they lose, you see? That’s how it works.

Despite my protestations of equity in our own footy coverage, in answer to the first question, there is a Vic-Bias. It is prevalent in the mainstream media, and the official coverage of the game. Furthermore, if you need evidence of it, you can find it this very weekend.

The Showdown occurs this Saturday night. It is not a manufactured rivalry – far from it. It is a battle for football supremacy and a fight for respect in a state that loves its footy. It is a war without end, with the momentum swinging back and forth, and each team approaches these contests with a ferocity coaches wish they could bottle.

It’s not life and death… it’s much more important than that.

In any year,  irrespective of ladder position, it is one of the most anticipated clashes of the season. Of all the crosstown rivalries, this has been the one to constantly deliver. Yes, there has been heat in the GWS v Sydney clashes over recent seasons, but their rivalry is still in its infancy, as is the Brisbane v Gold Coast rivalry. The West Coast v Fremantle Derby has simply been too one-sided in recent seasons to compare to the South Australian version.

The Showdown… this is where it’s at. If you like your footy tough, your crowd rabid, and your players 100% committed to the cause, this is where your attention should fall. Port Adelaide fan, Adelaide fan, or a neutral fan, this contest is the the game for you.

But why has this clash been constantly relegated to a Saturday timeslot when a Friday night spot appears the perfect place to showcase the best rivalry in the game?

However, as often as I dismiss this cry as garbage, it actually holds a fair bit of weight in this regard.

Again this Friday evening, we get to see the Tigers and Cats strut their stuff on the biggest stage of the AFL season, and whilst I mean no disrespect to either of those teams, this reeks of a decision to grab ratings. That’s fair enough in essence, but it is the fourth Richmond game to occupy the Friday night fixture this season, and it’ll be the second time the Cats have graced the stage. Only once this season have two non-Victorian teams met on Friday night and that was the Good Friday matchup between the Crows and the Suns. To further illustrate how skewed this is, this Friday will be the fourth time since 2018 that the Tigers and Cats have met on Friday night football.

Yep, four from four in the last four seasons.

Perhaps the Tigers and Cats are a poor example, though? They have played each in multiple finals series, including the 2020 decider, and arguably deserve the Friday night stage… again.

However, to better illustrate the inequality of the Friday night allocations, Collingwood and the Western Bulldogs have played each other on a Friday night FOUR TIMES from 2018-2021. That’d be because the Dogs attract the big ratings, right? Yeah, right.

If we jump in the Mongrel time machine, set the date for 2018, and slowly move forward through a series of Friday night games to see how often two of Adelaide, Port Adelaide, Brisbane, Gold Coast, Sydney, GWS, West Coast and Fremantle clashed with one another on a Friday night, the numbers give those who cry “Vic Bias” some serious credibility.

Here’s what I found.

2018 – Round Five, Adelaide v Sydney – this was the only Friday night clash that pitted two non-Victorian clubs against each other for the entire home and away season.

2020 – This season was a mess, yet even with a floating fixture, and games being played across all days of the week due to the panic around Covid-19, two interstate teams did not meet at all on a Friday night at all. Zero, zilch… nada!

So, in three seasons, we had four Friday night fixtures that featured only non-Victorian teams. As many times as the Pies and Dogs have faced each other in the timeslot. I don’t know what that says to you, but in a competition that has eight of the 18 teams, or 44% of teams located outside Victoria, 6.3% of Friday night games have featured these teams playing each other.

The Showdown is the perfect way to rectify this situation, or at least commence the process. If the AFL is meant to be a national competition, you simply cannot go on ignoring the fact that you have rivalries outside Victorian borders. Push Collingwood v Carlton all you like, harp on about Hawthorn and Geelong, and for whatever reason, continue programming Collingwood and the Western Bulldogs on as many Friday nights as you can, but at some stage, the AFL and their broadcast partners have to come to the realisation that people in Victoria, and New South Wales, Queensland and Western Australia actually care about a game with the passion and pride involved in the Port Adelaide v Adelaide clashes regardless of where it is being played.

I want to see whether Robbie Gray can add to his record five Showdown Medals. I want to witness whether Tex Walker can put the Crows on his back and carry them over their highly-fancied opponents. Can Charlie Dixon get the better of young Jordan Butts and cause some havoc? How will the Adelaide kids respond to the spotlight of the entire state on them? Is it time for Connor Rozee to regain his status as one of the best young stars in the league? And how about the continued journey of Ben Keays from close to being out of the system to one of the most improved players in the game?

Wines v Sloane. Boak v Laird. Amon v Sholl… it’s not as though the game doesn’t have storylines left, right, and centre to complement the general dislike of one another.

However, we must wait until Saturday night to watch the best rivalry in the game. Heaven forbid Victorian fans didn’t get to see a team their parents were familiar with on Friday night… I mean, how would we cope?

My eyes will be glued to Showdown 49, and with the record at 24-24 between the combatants, so should the eyes of the football world. In a game where rivalries are so often dictated by form and ladder position, the Showdown transcends all. It is a gladiatorial contest on a football over, and it means something.

The best opportunity to place the emphasis on this that it deserves is on a Friday night in a standalone game.

But it is quite difficult to see that with your head buried in the sand, isn’t it? Perhaps someone could provide the AFL with some step-by-step directions to start moving in the right direction.

And the first step is with a Friday Night Showdown in 2022.

Like this? I’ve got plenty more. You can get it by joining The Mongrel Punt on the link below.