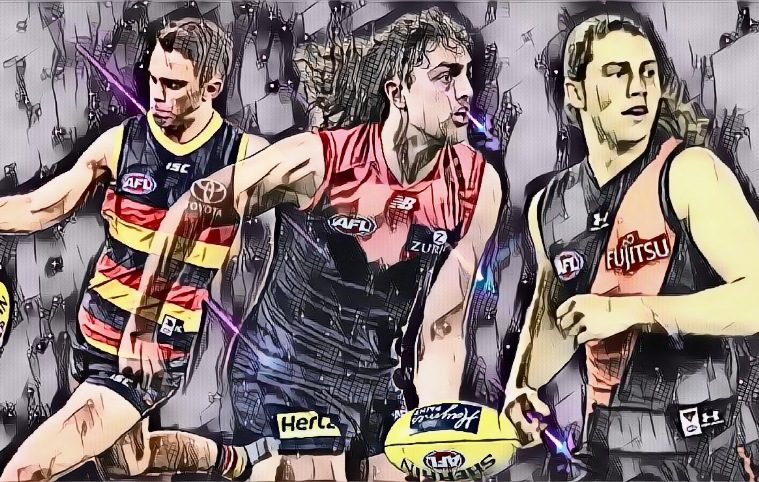 Many other awards, among them, the selection of the AA team, the 22-under-22, and even the AFLPA MVP have significant limitations that prevent them hitting the lofty heights they set out to achieve.

So, here at the Mongrel, we’ve taken it upon ourselves to rectify another good AFL idea not quite reaching its potential, this time the Ron Evans Medal for the rising star. We’ve decided to rename it the creative ‘Mongrel Rising Star’, but will keep the same eligibility criteria as the official award, players cannot have played more than 10 senior matches or turned 21 before the start of the 2021 season. We’re we are adding our very unique magic mongrel secret herbs and spices formula is to the voting system, which presently involves seven assorted media dinosaurs desperately trying to remember the name of the top five most popular kids that Sportsbet have installed as favourite. Our system will see a 5,4,3,2,1 vote system applied each round and cumulative scoring with the winner crowned by finishing with the most points.

The former West Australian forward-ruck is making a mockery of the concept of second year blues as he goes from strength to strength in a supporting role for his skipper, big Max Gawn. Extremely effective as a second ruckman, Jackson more than held his own in the air against Goldstein and Campbell and beat them comfortably around the ground. A career-high twenty-two disposals at an outstanding 82% efficiency saw him at times play as a brutish fourth onballer as he fought and won ground balls as confidently as he does in the more familiar avenue through the air.

Adding an important goal and six score involvements are another strong to his bow that continues to drive his unbeaten team to previously unconsidered heights.

The wiry North Melbourne midfielder was on this writer’s radar for several weeks before breaking through for his debut votes in round 6, followed up with a four-vote performance in a heartbreaking loss to the Demons in Hobart. Powell showed great resilience to return to the field with maximum effect after receiving a heavy head knock from Melbourne’s Bailey Fritsch that left him temporarily dazed.

Twenty-three disposals, six tackles and score involvements, 401 metres gained, a goal and two goal assists had him in the best three players for his team in an encouraging overall performance that is showing the Kangas are on the right track.

The Essendon #9 draft pick proved his credentials in a coming of age match up against the Blues recording career highs in marks, handballs, goal assists and clearances. While he will rue his two behinds in a close-fought match, the coach was obviously impressed with his equal game-high three direct goal assists and game-high twelve score involvements as he awarded him a vote in the AFLCA award.

The consistent Crow found his team on the end of an old fashioned thrashing as the reinvigorated Giants were too good across the field on Saturday, however, he can be proud of his performance to never give in and found himself as probably his side’s second-best player on the day. 21 assured possessions as he willed himself repeatedly up and down the wings, helping to return the ball from the defensive fifty on six occasions and on a dark day for Adelaide contributed to four scoring involvements. He’s been mentioned as an Andrew Gaff clone, and I think that description would sit pretty comfortably with both players as of right now.

A mere ten disposals typically wouldn’t get you a look in for this most prestigious award, but a closer look at his numbers and indeed impact on the contest has demonstrably justified Jones’ vote. A monster in the air Jones claimed five contested marks amongst his haul of eight, two tackles, four inside 50s and importantly in the context of a close match, three goals straight coupled with his rock star looks have him firmly as one to watch in the future.

Tom Green – the big GWS midfielder hit the scoreboard this week with two goals, one behind to only just be pipped for votes in round 7. Another competent game from the Giants number 12 with 22 disposals, three clearances and a whopping eleven score involvements. Has seamlessly taken on the role of more illustrious teammates presently on the injured list.

Jack Bytel – Saints coach Brett Ratten will start calling him the barometer as he averages 18 touches and eight tackles in wins this year versus just seven disposals and two tackles when they lose. In this one he was again a midfield bull, collecting seven clearances including four from the centre amongst his 21 disposals, eight tackles and five inside 50s – greater consistency could see him back into the votes.

James Jordon – has been super consistent for the Dees in his first seven games, obtaining between 15 and 20 touches in six of seven matches this year across half back and the midfield. 20 disposals, seven tackles, four clearances and seven score involvements ensure his magnet is firmly stuck on the whiteboard for the foreseeable future.

We don’t promote any gambling on this page, but I thought it would be a useful exercise to compare the current odds to win the rising star award with how our progressive total is shaping up. Adelaide’s fleet of foot Sholl is a clear leader at $4 and currently second on the leaderboard, while Melbourne’s tearaway Jackson leads the Mongrel award but is only sitting on the fourth line of betting. Notable that Gold Coast’s Matt Rowell is still rated a 15-1 shot, and if he is able to come back by the mid-season bye with the type of form he displayed at the start of last year the current lead is not unassailable.

This week’s formline would be music to the ears of Bombers fans despite their close loss on the weekend as Perkins and Jones polled their first votes to join Cox in a very promising future at Tullamarine. Cat-watch is still waiting for a player to make their mark, a confusing performance against the Swans after blowing the Eagles off the ground might convince the coach to inject some youth.