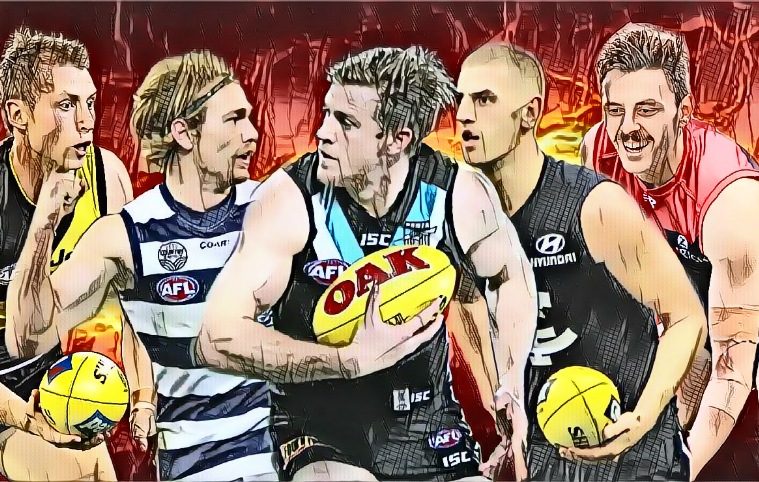 The Best Defensive Trios In 2021 (Members)

We hear it all the time from coaches and media pundits – offence makes the highlight reels and defence wins premierships.

Substitute the word “premiership” for “title” or “pennant” and you have a universal theme in team sports. The tighter your defence is, the more likely you are to win it all.

It is a theory that sporting bodies have tried to work around. Rule tweaks to increase scoring and makes the play flow have been trialled to mixed success, with the NBA instituting the “illegal defence” rule many years ago and tweaking it several times over the years to combat defensive teams.

The AFL has attempted similar changes to combat the increasingly defensive nature of coaches. The 6-6-6 rule and the extended area for kick ins fell somewhat flat in 2020, but then again, everything fell a little flat last season. This year, the “stand” rule was brought in, and though we have seen some very defensive games recently, the teams that want to play fast, attacking footy have reaped some great benefits.

And this time it is up to the defences to adjust.

We live in an age where the defenders of the league are now starting to get the type of praise they deserve. To get on top of a power forward with the rules designed to benefit the attacking team is a huge achievement, but in the wake of what we’ll call the Matty Scarlett era and then the Alex Rance era, defenders are well and truly in the spotlight in terms of their value.

But as good as Scarlett and Rance were, they had others around them to help elevate their games. Scarlett had Corey Enright and Harry Taylor to have his back, whilst Rance had Dylan Grimes and David Astbury doing some of the heavy lifting.

One-man forward lines don’t work, and defences that are over-reliant on one player rarely work, either.

So, how do we make this work?

I grab their total numbers in one-percenters, intercepts and rebound 50s, whack them into a table and use the number of points kicked against the club this season to give me a nice little number that reveals their overall score. The result is an 18-1 listing of the main defensive trios in the league.

This is not on potential or reputation – players will not be looked at on name alone. It’s based on results to date.

Let’s jump into the best of 2021 – the ranking of the best defensive trios of the season thus far.

This standalone article is for our paying members – thank you all for helping us grow. Mongrel members (tier one) get Weekly wingman rankings, early access to the Good, Bad and Ugly reviews, as well as the Midfielder Championship Belt Update and other standalone articles, such as this. Want to join them?