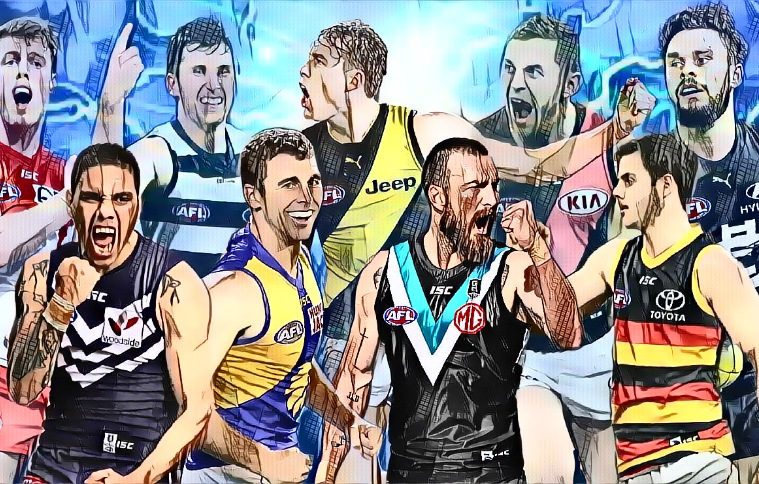 Lift Son! 18 Players We Need To See More From

With the AFL season five weeks old, we’re starting to get a solid grasp of where teams are at and how they’ve prepared for the 2021 season.

We have seen the Dees hit the ground running, and as they prepare to face the Tigers in what will be their biggest test to date, and perhaps of the season. Their supporters, so often disappointed, have started to display a glimmer of belief.

The Western Bulldogs face their most hated foe, led by their most hated individual player after five weeks of stellar football, with the three-headed monster of Bontempelli/Macrae/Dunkley receiving even more support from the run of Adam Treloar.

And at the other end of the spectrum, we have the Kangaroos, who have been unable to string four quarters together and have paid dearly under first-year coach, David Noble. The Hawks have those who predicted them to bottom-out smiling sagely, whilst the Suns are now having their list management questioned as they battle on without a ruckman, languishing on a single win in what was meant to be the year they took the next step.

However, the purpose of this article is to delve into the list of each team and focus on one player that has not been performing at the level expected of them, or one that has a level to go to that we may not have seen in 2021. Is their form a reflection of the team they play for, or are they being carried at the moment? The Mongrel will attempt to skip the most obvious cases… such as Brad Hill – I am sure we’re sick of hearing about his poor start to the season by now, as we take a look at the players who need to have a lift heading into Round Six.

This will be a sporadic Mongrel Members column every once in a while. Please feel free to jump on and become a member to continue reading.

This content is for our Mongrel Members (tier one). They also receive weekly wingman rankings, early access to all Good, Bad and Ugly reviews as well as standalone articles such as this. Wanna join them?