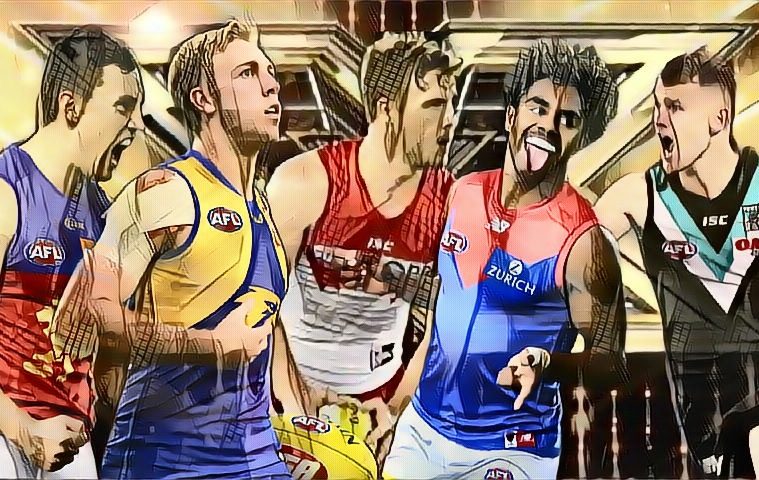 But does Oscar Allen? How about Sam Switkowski?

Breaking down what makes a great X-Factor player wasn’t as easy as it seems. To begin, we had to take into account that these players are almost exclusively goalkickers. They are the players that run forward and hit the scoreboard on a weekly basis.

As such, a minimum of one goal per game as an average is required.

But there is more to being an X-Factor than just kicking goals. You also have to be able to do the other things – take marks inside 50, lay tackles inside 50 and get involved in scoring chains. You can be an X-Factor kind of player with a pressure-based game or with a team-first mentality. Causing chaos and setting up teammates for scoring opportunities are vital to a team’s success. With small forwards, in particular, the tackles inside 50 and one-percenters are a determining factor in whether a player has this mythical “X-Factor” or not.

So, as The Mongrel sat and pondered how to rank these players, a number of criteria started to leap out. The one goal per game cut-off was important. That stayed put, but once I started factoring in things like goal assists, score involvements, one-percenters, and tackles inside 50, the field started to look a little different to the way it did when I just had the list of goalkickers written down.

Below is the second X-Factor Ranking for 2021, and there are some huge changes from the first edition two weeks ago. It’s amazing how the top of the table looks now, compared to then. That one goal per game average has played havoc with blokes who would still be at or near the top if they just hit the scoreboard a little more often.

Still, it’s difficult to be an X-Factor player averaging 0.6 goals per game, so I am glad I remained hard and fast (like a Joe Ganino lovemaking session) on that rule.

This is an additional fortnightly column added this season for our Inner Circle Tier Membership. As the season progresses, I will dive deep into the factors that contribute to the success, or failure of those on the list, and provide an analysis of how they got there.

Oh, and one more thing – I opted not to include “inside 50 disposals” as a criteria for this system as I felt it disadvantages those who were genuinely playing close to goal and gave the midfielders an unfair advantage. Thanks to those who suggested it, and even campaigned for it – I did take your suggestions into consideration, but felt that it really advantaged mids more than I’d like… and there are a few of them in the mix, already.

So, here we go – the second Mongrel Punt X-Factor Rankings of the season.

This content is for our Inner Circle (tier two) Members and is a fortnightly column. They also receive weekly overall player rankings and weekly Defensive Player of the Year columns. Want to join them?