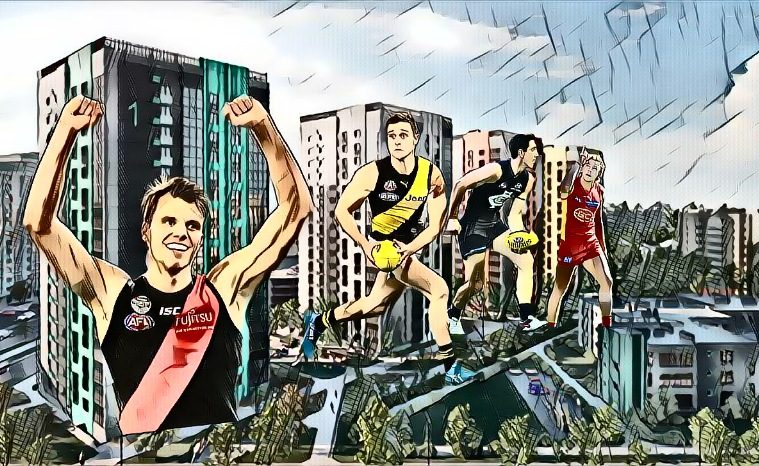 Defensive Player of the Year – Round Four (Inner Circle Members)

Last year, when I started this weekly defensive ranking, I had a bit of a dream.

Look, I can be as impulsive as the next person, which is why the shelf that used to house my daughter’s kinder surprise eggs was suddenly depleted over the weekend (I replaced them – I’m impulsive… not an arsehole). However, occasionally I have a bit of a vision about what I do on this site and why I am doing it.

When I started the Mongrel Defensive Player of the Year, it was due to the fact that defenders are criminally underrated in our game. They get six… maybe five spots in the All-Australian team depending on how many mids need to fit in, and really, that’s about it. Danny Frawley’s “Golden Fist” was a great concept, but as desperately as he wanted to give the spoilers credit, it became a source of fun given the arena it was presented in.

So, I started looking at the defenders and how to best reward their efforts. Initially for my benefit, and those who follow the site, it quickly became apparent that this could be a little more than first expected. Around this point, I started to wonder whether this may be the kind of column that some players would care about? The best defenders of the week, ranked on aspects of their games that are pertinent to their roles… what’s not to like?

I started to wonder whether any players actually followed it.

Then I started to get a message or three. The first one was a shock, as the player actually detailed the role he played on a particular weekend and why it was important, if not something that would catch the eye of viewers (such as myself). I went back and watched the game again, and damn it, he was right! With that in mind, I started looking at the role of defenders more broadly and from there, we have managed to have several players logging in every week to see how they fare in the Mongrel Punt Defensive Player of the Year standings.

Believe me – whilst I hoped this might happen one day, I did not expect it so soon, and to say I am pretty damn proud of where we’ve got to in a short space of time would be an understatement. To those who have jumped on at the Inner Circle level – my thanks to you. It is your support and help that makes this possible. I reckon we might be on a winner with this one.

And so, the Round Four Mongrel Punt Defensive Player of the Year scores are below, and the overall leaderboard are under that. May the best player win… and hopefully he actually reads it!

This content is for our Inner Circle Members each week. This is our tier-two membership and really, if you’re asking me, it’s the one to get. They will also get additional content as part of our Mongrel 50, which launches tomorrow… get excited. Want to join them???