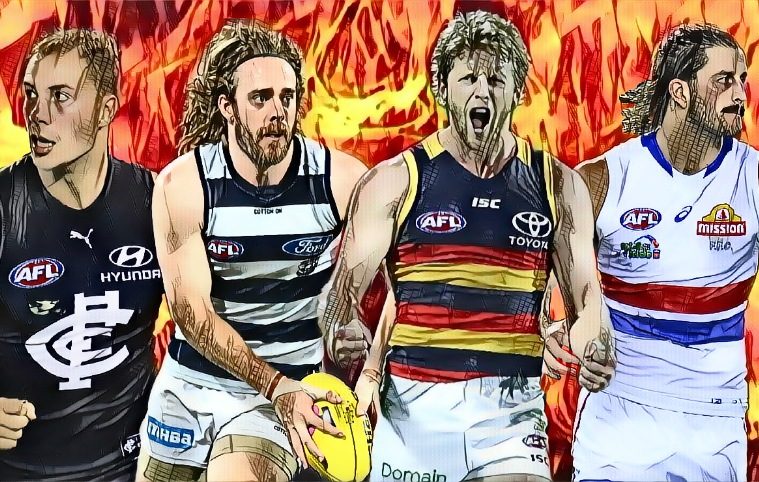 Three rounds in and – spoiler alert – Tex Walker is having the kind of start to a season that any key forward in the last 20 years would murder for. 17 goals in three games whilst giving his club the simultaneous kick in the pants and pat on the back they needed has been the story of the season thus far.

But there are others that are either refinding form, or picking up from where they left off in 2020.

Each week, here at The Mongrel, we use a ranking system designed to rate players on the areas most pertinent to the positions they play. We don’t rate forwards on the basis of how many rebound 50s they have. We don’t rate defenders on how many tackles they have inside 50.

The Mongrel Player Rankings, which feed our fortnightly Mongrel 50 rankings (released for the first time after Round Four) provide an accurate analysis of who is playing well in each position and how they compare to each other.

Who are the best players in the game to start the season? The best mids, forwards, rucks and defenders? And who sits as the number one ranked player of the round.

So, without further ado, The Mongrel Punt Player Rankings for Round Three.

This content is for our Inner Circle Members – all season they will get access to weekly player rankings, weekly defensive player of the year rankings, and fortnightly x-factor small forward rankings. Want to join them?