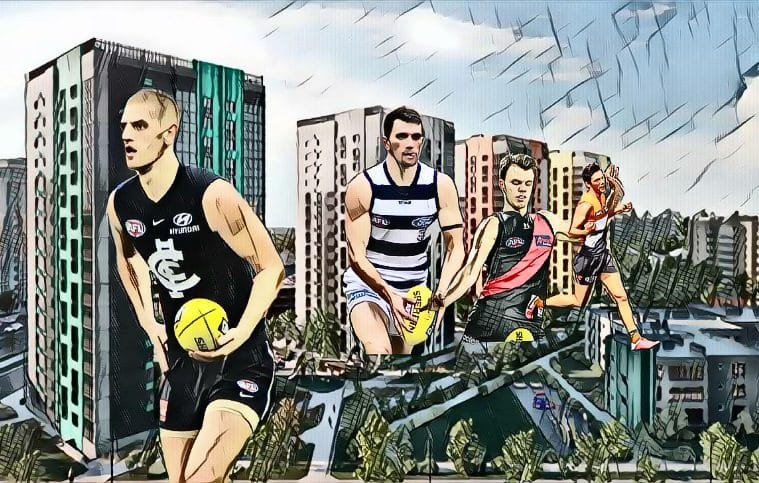 Defensive Player Of The Year – Round Three (Inner Circle Members)

This is about the time of the year that we start getting an indication as to whether the positional changes coming into the 2021 season are going to last.

Jack Ziebell switching from mid/forward to defence – is it working? There are some pretty impressive numbers behind Ziebell’s move, but I guess he is getting plenty of opportunities to get the footy in North’s defence. How about Mark O’Connor as a tagger? Did we see that one coming? You’d be putting a big tick next to that one if you were part of the Geelong match committee. And the decision to recruit Aliir Aliir? Port fans would be hard-pressed to be anything but excited about what this means to their team in the long term.

With players now settling into their roles, the leaderboard is a mix of new faces and the old, familiar contest killers and interceptors taking their place in the top 20.

So, here are the top 15 ranked defensive players (note – this system includes a formula to have defensive mids, or “taggers” in the mix) of the week, and the progressive top ten overall after three rounds.

This content is for our Inner Circle Members – all season they will get access to weekly player rankings, weekly defensive player of the year rankings, and fortnightly x-factor small forward rankings. As well as wingman rankings, early access to GBU reviews and weekly standalone columns. Want to join them?