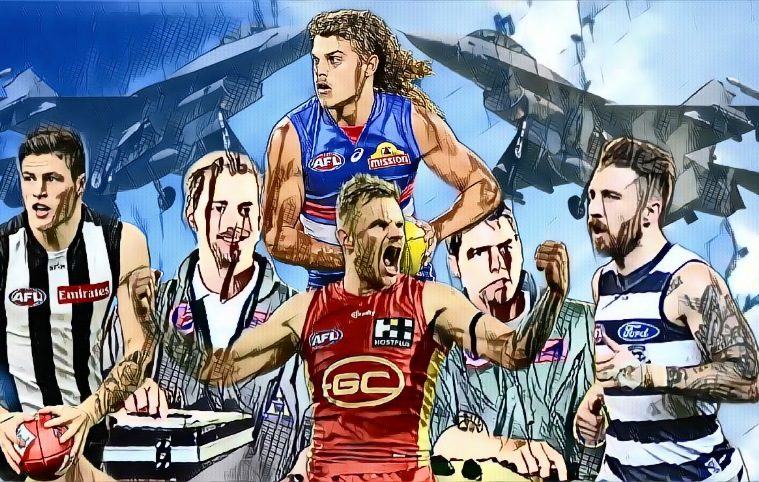 Wingman Of The Year – Round Two

And so, Round Two is in the books and we’re starting to get a bit of a picture around just who is, and isn’t going to go to the next level this season.

All those players who were “flying” in the preseason have now crashed back to earth, whilst some young bucks have swooped in, ready to play the game at the highest level.

It is a strange world in the AFL at the moment, and that strangeness has spilled over to our wingman rankings, with new faces occupying the top spots, whilst established stars in the role are either injured or underperforming to alarming levels.

Each week, I compile the best players at the wing position and give them rankings based on a formula of my own creation. We look at a number of different criteria pertinent to the position of the wing, and what makes a player excel in the role. There are offensive and defensive categories, and once they’re all added together, we have a nice little package we can use to have our top ten for the week, and the progressive leaderboard.

With last year’s winner, Sam Menegola, on the sidelines, this year’s race is wide open, and there are some young guns with their eyes on the prize.

This content is for our fantastic paid members only. It is part of our entry-level membership at The Mongrel. Want to read more?