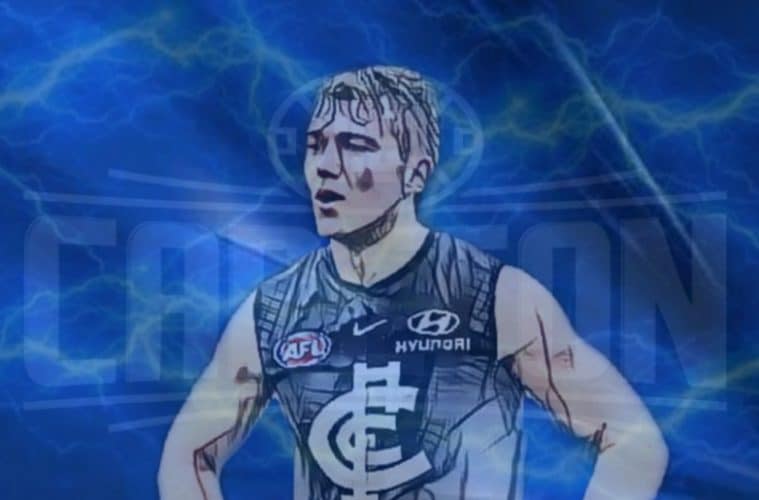 Second Fiddle? Why Carlton Need Cripps As The Number One Man

Since when has the game not suited Patrick Cripps?

Sitting and watching the Carlton v Collingwood clash on Thursday night, the Blues star was obviously struggling to get into the flow of things. It was not aided by a couple of missed marking attempts inside fifty that Cripps would normally eat up. Add two marks and the potential of a couple of goals to his tally and all of a sudden, his game doesn’t look so bad, does it?

However, Cripps didn’t take those marks, didn’t get shots at goal and in a game that he should have been prominent, he didn’t perform. Instead, he was reduced to playing cameo roles whilst Sam Walsh and Zac Williams took centre stage at stoppages.

And then the search for reasons came, led by the commentary team, claiming that the open style of the game did not suit Cripps, and that is why he wasn’t performing.

How did this uncontested style of play impact Taylor Adams, who gathered the lazy 18 contested touches and a career-high 13 clearances? Or how about Cripps’ high-priced teammate, Williams? He landed just ten clearances, himself. Although they were rushed and hacked at times, at least Williams was getting his mitts on the pill.

This content is for our fantastic paid members only. Because they’re great and I’ll do a heap of extra work for them every single week. Want to read more?