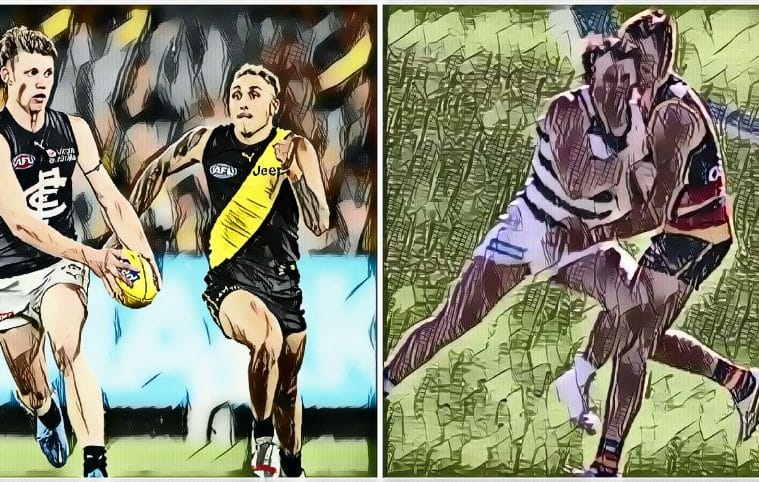 Not Dead Yet? A Tale Of Two Bumps (Members)

I know the big story right now is the suspension of Patrick Dangerfield for brutalising Jake Kelly of the Adelaide Crows with a combination hip and should/head clash that would make for a great WWE finisher. However, there is more to the art of the bump than the bone-jarring crunches that make the highlight, in this case, the lowlight reels.

There are some who would argue that the bump, as we saw in the Geelong loss to the Crows, has no place in the modern game. And they’d get no argument from me – yep, even a neanderthal who loves the gladiatorial aspect of the game doesn’t want to see players get knocked out by a bump, even if the contact was head to head.

The Dangerfield hit was a crunch that will not soon be forgotten, and though he tried to talk his way out of it (as if you’d expect anything less), you get the feeling Dangerfield knew he was in trouble. We can go back to the days of Adrian Anderson and Andrew Demetriou. At that point in AFL history, the word “sacrosanct” became part of the average AFL supporter’s vernacular. The head was sacrosanct and bumping became the cause of all the game’s woes.

This content is for our fantastic paid members only. Coverage of all pre-season and AAMI challenge games will be for our membership. Want to read more?