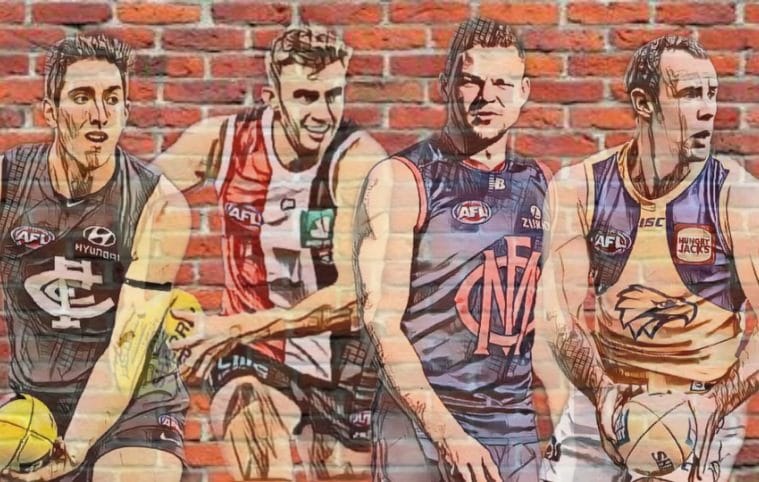 Defensive Player of the Year – Round One (Inner Circle Members)

Earlier this week, we published the first of our weekly player-rankings, focusing on the neglected wingmen in the game, but The Mongrel Punt does not stop there.

One thing I have always thought as lacking in the AFL was something to recognise the best defenders in the game. Yes, there are six… possibly five positions in the All-Australian team if the selectors decide to get creative with an additional midfielder, but in terms of honouring the individual, there is a complete void.

And that is where we come in.

After a very positive response from our wingman rankings, the decision was made to shine a light on the defenders of the competition in 2020. Players like Harris Andrews, Jake Lloyd, Steven May and Luke McDonald are all very different types of player, so the challenge was to create a formula that captured their best attributes and balance it in such a way that irrespective of game style, we were going to get a nice mix.

The top ten had players like Nick Haynes – an intercept marking maestro, Luke McDonald, who picked up points for both his work inside defensive fifty, but also for his run-with roles early in the season, and Brayden Maynard, whose rebounding work was a highlight for the Pies.

However, it was May, Andrews, and McDonald who ended up in the minor placings, chasing the man who stood above all others in 2020 – the inaugural Mongrel Punt Defensive Player of the Year; Luke Ryan.

And so, with the DPOY award under his belt, Ryan looks as though he’ll be forced to plug holes all over again in 2021. Can he elevate his game to the lofty heights of last year? Or will there be a host of new challengers contending for the only award that narrows the focus onto the defenders?

It all starts here – our 2021 Defensive Player of the Year rankings for Round One, for our Inner Circle Members.

This content is for our Inner Circle Members (second tier $12 level) – all season they will get access to weekly player rankings, weekly defensive player of the year rankings, and fortnightly x-factor small forward rankings. Want to join them?