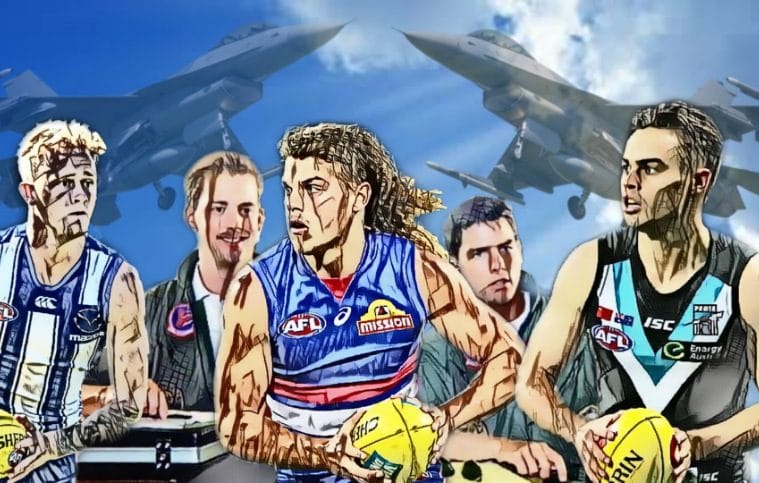 Wingman Of The Year – Round One Totals

The first round is done with, and amid all the turmoil, upsets, injuries and pending suspensions, we’re diligently working away to provide you, the footy fans, with something a little different to what you’ll normally find in the AFL Media.

If you want to see a change, be the change.

Yeah, I know… it’s a bit wanky, but it sounded nice when I thought of it.

Aaaanyway, last season we crowned our inaugural wingman of the year. Why? I’m glad I asked – you see, the wing position is largely ignored. Often used as a top up spot for midfielders in the All-Australian team, the wing is actually a specialised position, requiring the best runners in the game to be disciplined and tactical as to when they are drawn to the contest and when to keep their space. They must decide when to run forward and when to run back and ensure the “fat side” of the ground is covered.

I have to admit, I am a little partial to the wing position, having played a bit there in my younger days, and it is with great interest that tally these scores on a weekly basis for our members. Using a combination of statistical triggers as well as votes awarded, I am able to create a formula that ranks the players who ply their trade on the wing each week, and provide an ongoing leaderboard.

It started as a flight of fancy, but I’ll share a little something with you – there is more that one high-quality wingman that check in every week to see just how they’re going.

Last year’s winner was Sam Menegola. He had a wonderful year and was a powerhouse out wide for the Cats. In an early twist this season, Menegola didn’t play on the wing this week. Yep – after a dominant season in the role, Chris Scott asked himself the pertinent question – why would I try something that worked so well last year when I can experiment and lose a game? I’d love to know his answer.

To earn a place in the wingman rankings, a player must line up on the wing a minimum of four times in a game, stretching across at least two quarters. I don’t want any blokes standing there for one centre bounce and being including – it doesn’t work for me. This is for the players who genuinely play the role for large portions of the game.

And on that note, let’s jump into the Round One Rankings.

This content is for our fantastic paid members only.Weekly wingman rankings are part of the entry-level Mongrel membership. This, a weekly standalone column and early access to GBU game reviews all part of it. Want to read more?