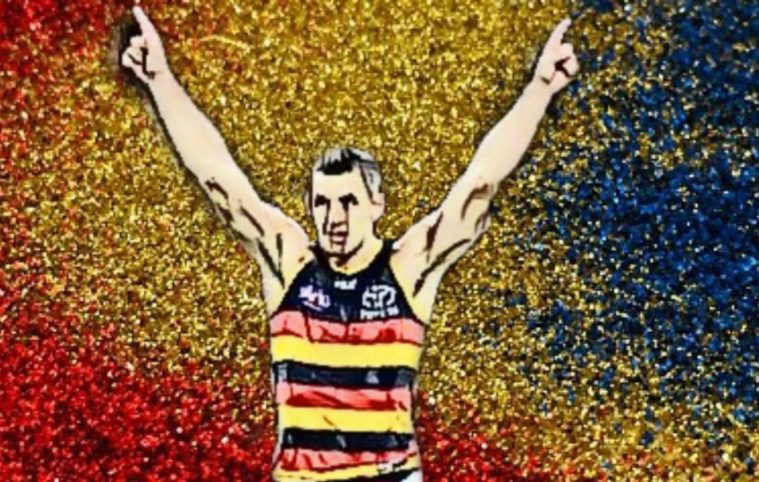 Footy can surprise you in ways that little else can. A game that was meant to be a walk-over – a premiership fancy flexing their muscle in an early season match against a team most suspect will finish at the bottom of the ladder quickly turned into one that no one could have seen coming.

The Crows were bad in the pre-season – I mean, really bad. And Geelong, while not great, were still Geelong – they showed no signs of significant depreciation. The Crows had lost one of their best midfielders in Brad Crouch in the off-season trade period, while they would enter today’s game down his brother Matt Crouch, and their full-back Daniel Talia. The Cats, on the other hand, had added three huge names – Isaac Smith, Shaun Higgins and Jeremy Cameron – and though one would be missing today (Jeremy Cameron), no one, not even the most ardent Adelaide supporter who has a ‘Pride of South Australia’ ring tone, named their children ‘Rory’, ‘Taylor’ and ‘Erin’, and sleeps underneath a Crow pelt, would have predicted what would happen today.

The Crows pressure was phenomenal, and with grit and determination, they held onto what will surely become a famous victory. Here are the good, the bad and the ugly.

There’s a funny thing that happens when an ageing star realises that they’re not finished yet. It’s a look in their eyes and a bounce in their step, almost imperceptible until they explode. They almost seem to get a second wind, and are, even for the briefest moment, able to remind us (and themselves) of how good they were.

I was worried for Tex Walker coming into this season. The last two years have seen his impact on games diminish more and more, and I thought we might come to a time this year when he would be struggling to hold his own in the SANFL. Look, that may still happen. But if it does, he can go back to the twos secure in the knowledge that on one Saturday afternoon in March, he showed the football world what they would miss when he no longer runs around in Crows colours. He had 18 disposals and kicked five goals, but with the impact he has on the team, you got the feeling that those five goals were worth ten.

He covered the ground better than I have seen him do for at least two years, and looked refreshed after a summer lay-off. For a club that has lacked a sense of direction since the grand final loss in 2017, you sense that Walker’s effort today may have shown them that there’s light at the end of the tunnel.

I’ve long been a fan of Laird, and have awaited his move to the midfield with great anticipation. With both Crouch brothers missing (one in different colours, one injured), it seemed obvious that either he or Brodie Smith would need to be moved up a line. If today’s performance is anything to go by, the Crows made the right decision in choosing Laird.

His disposal is assured, he covers the ground beautifully, and with his natural defensive instinct honed after years in the back-line, he has the promise to be an elite two-way runner. Had he kicked the goal in the final term, he might have nudged Walker for top votes, but he’ll have to settle for second best this time around.

You gotta love a guy who does the hard work when it matters most. Parfitt has often promised a lot for the Cats, and has, until last season, never quite fully delivered. He’s been a man apart in their midfield – almost the sole young player surrounded by age and experience. Today, he was the leader, kicking two goals in the first half when the Crows looked invincible and the Cats all at sea.

His pressure was also fantastic, recording a game-high nine tackles, and I felt that without him, a bad result would have been made much worse. I’m not sure I can say the same about many other Cats.

I tossed up about whether to include Keays here, but in the end, I thought his game was too good to go unmentioned. He’s tenacious, hard-nosed and I reckon would make you walk a little taller as a teammate knowing that he’s got your back. Of course, as is often the case with players that the above applies to, his disposal can at times be less than ideal – in fact, it can be downright crap. On at least two occasions, promising build-ups by Adelaide were thwarted by a poor kick from the boot of Keays, and had they lost the game, I reckon you’d be hearing a heck of a lot about these disposals.

The reality is, though, that with everything else he brings to the table, I’m sure the Adelaide coaching staff are fine with the occasional mis-kick. He hunts like few others, and has a defence-first mindset that allows other Crow mids to concentrate on winning the ball. Keays is ultimately the type of player that is important in a rebuild, but his lack of skill will probably find him out of the team when the Crows rise reaches its apex.

I could have very easily just written about one or two of them, but I thought the entire group deserved praise. The balance of youth and experience almost rests on a tight-rope – too much experience, and your team will lack the speed and guile of youth, but too much youth, and your team will lack the ability to make the correct decisions under pressure. It appeared today that the Crows would have far too much youth – ten players had played ten games or less before today – but when the young guys perform this well, it doesn’t really matter.

Lachlan Sholl ran up and down a wing all day, collecting 23 disposals, using them like a guy who had played 100 games, not nine. Debutant, James Rowe’s two goals smacked of someone with poise beyond their years, while the likes of Schoenberg and McHenry kept the Cats defenders busy. Special mention must also be made of Jordan Butts, who had just about the toughest job in football – trying to keep Tom Hawkins quiet – and outside of a few poor decisions, did just that.

Supporters know that they can’t expect performances like this from a group this young all the time, but knowing that this is their level already bodes very well for the future.

This might seem a little harsh, but the Cats defence were horrible today. I’m sure that life after Harry Taylor will take some getting used to, but they looked rudderless at times in the first half. And here’s the thing – it’s not a young group. Outside of maybe Mark O’Connor, the Cats defence have spent a long time playing together, however, seemed totally bereft of ideas in a first half that saw the Crows kick 11 goals. Against a better team, that could easily have been fifteen plus.

Let’s be honest, outside of Walker, whose hey-day was a few years ago, the Crows forward-line is not exactly replete with obvious scoring talent, so I am amazed that they were so thoroughly beaten by the Crows. I know that the mids had something to do with it too, but for an area of the ground that normally is a strength for the Cats, a leaky defence could spell disaster for their 2021 campaign.

I don’t want to be too harsh on Menegola, and I don’t necessarily think that he cost his team the victory, but there were two efforts in the last quarter – including one where he second-guessed running back with the flight – that seemed to halt the Cats momentum. When your team is down by a few goals in the last quarter, you need everything to go right, and Menegola’s indecision (or is it lack of decision?) seemed to sum up the Cats’ day – just not fully committed for long enough.

Gees, it’s good having crowds back at the footy. The roar of the Crows crowd after some of Tex’s goals today were spine-tingling, and reminded me just how much we missed having them last year.

I liked the game of Billy Frampton. He presented well, and kicked a couple of crucial goals. With more investment in his game time forward of the ball, I think he could become a really important cog in an Adelaide forward set up.

Paul Seedsman and Gary Rohan both strike me as ‘nearly’ footballers. They possess all of the skill and ability necessary to being elite in their positions, but just lack the consistency and the finishing touch to become great. They must frustrate their fans endlessly.

I actually really liked the look of the Cats once they bought Mark Blicavs up on to the wing. Their back-line seemed to operate more efficiently, and their midfield had another elite runner added to it. For a man who has been thrown around all over the park, it’d be ironic if the Cats settled on Mark Blicavs in the midfield.

Can we talk about the ‘Pressure Rating’? Am I the only one confused about what it exactly is? How is it measured? When the commentators say that the Cats pressure is at 310, and the Crows were earlier at 228, what are they referring to? Is it beats per minute? Kilometres per hour? Pounds per square inch? Just a little background would be nice if you’re going to use these stats.

Tom Lynch looks to be getting back to his best as the ‘connector’. I really liked his game, and his run and marking ability are going to come in handy for the Crows the longer the season goes on.

That’s all from me. An absolute belter of a game, and the Crows give all of us footy heads another reason to love this game.