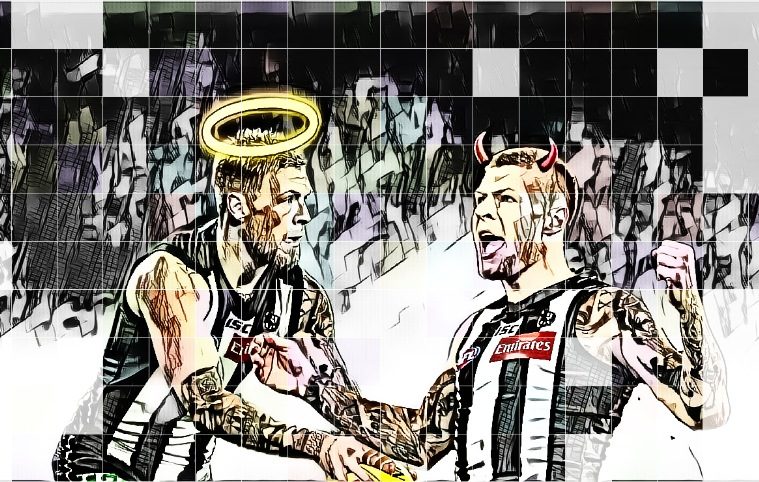 The Chosen One Or The False Prophet?

The Collingwood Football Club seem to be slowly finding their feet again after a few weeks of continually sticking those feet in their collective mouths.

After a trade period from hell, the Magpies went into the draft and were able to utilise all picks to round out their list. They selected their academy pick, Reef McInness without having to match a bid too early and added the younger brothers of Jack Henry and Jack Macrae to their ranks in the process.

In addition, they secured the most sought after signature and added it to the list of players recommitting to the club. That signature belonged to Jordan de Goey, who signed a two year deal with the Magpies, reportedly worth around three quarters of a million dollars for each of the next two seasons.

On the heels of re-signing Brodie Grundy to a huge seven year deal and the commitment of Darcy Moore to the club for a further two seasons, de Goey’s new deal means that the club can now have another tilt at the flag without the looming threat of their biggest names possibly departing.

Let’s be honest, right now if you awoke from an 18-month coma to find that all of Grundy, de Goey and Moore has committed to remaining Magpies, you’d consider that a huge win for the club, right? And on the surface, you’d be correct. These were the players that were prioritised a long way out and the fact that Collingwood has retained all three means they have done what they intended to do all along.

However, given what you know, you could only consider it a huge win if you skipped a few of the important details.

Plus you help us grow. Come on… click the image and join us… Join Us… JOIN US!!!