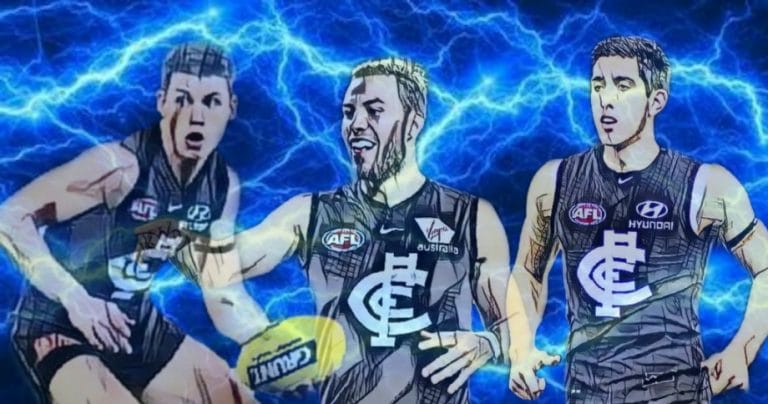 Are The Carlton Kids Ready To Take The Next Step?

You get the feeling that it’s now or never for the Blues.

For the last however-long, their supporters have been patient. They have waited while the next group came through, hoping that this would be the collective unit that moves this proud club from the bottom half of the ladder into contention.

And keeps them there for a while.

On paper, Carlton appear ready. They have their established leaders in Patrick Cripps and Sam Docherty, and have recruited well to enlist the services of Zac Williams and Adam Saad a year after adding Jack Martin and Marc Pittonet to their list. They have a very nice mix of experience and youth, with the players at the top end of the age bracket seemingly ready to move aside for the younger brigade – not without a fight, but competition for spots in this Blues side is as hot as it has been in a long while.

Led by Sam Walsh, the younger contingent of the Carlton Football Club is where the finals push will come from. As go the players aged 20-24, so goes the club in 2021. With that in mind, The Mongrel is opening up the Blues’ list and taking a look at that age bracket and the likelihood of improvement in 2021.

Organic improvement is commonly the key element that propels a team up the ladder. It’s not the boom recruit or the new draft pick – they take time to mature. It is the players in the middle bracket of the team coming into their own and learning the system at their club that gives the team a lift. On paper, the Blues have a heap of them.

Often, we hear people talking about the bottom six in any given best-22 to gauge just how potent a line up can be. It doesn’t really matter if the top ten are exceptional if the drop off is marked. A team like Richmond have the best bottom six in the league – it is a huge indicator as to why they’re so successful.

And so, as we near the end of the year and look forward to 2021, what do the Blues have to look forward to and where will that improvement come from? Let’s run down the players in that age bracket and assess where they’re at and where they could potentially get to.