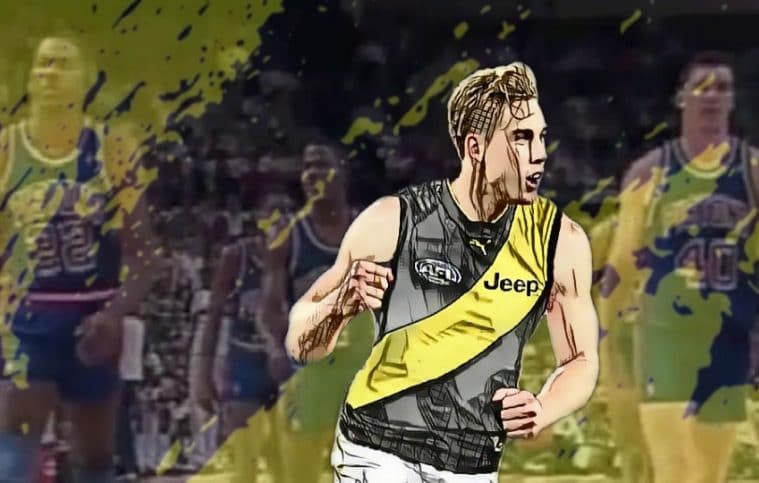 There are some who are born to play the villain.

Others tend to adopt the role as they go through life.

As Tom Lynch had a bourbon and coke thrown at him while he appeared for an interview after the stunning Richmond win over Port Adelaide in the 2020 Preliminary Final, he looked at his assailant and stretched his arms out wide. It was a gesture that asked the question of the man who wasted a perfectly good drink – what are you doing?

The man was venting his frustration after his team fell to the might of the Tigers. It was the last act of defiance from someone who saw in Lynch all the qualities he may not have possessed, himself. Tall, athletic, skilled, capable… but of course, he probably has it over him in the drink-throwing stakes.

Over the past week, Lynch has had abuse hurled at him on social media, as part of football panel shows and by anyone who wants to talk football. The result was evident as the camera zeroed in on him early in the game, and the Port Adelaide crowd responded with a chorus of boos.

Just as they’d be trained to do.