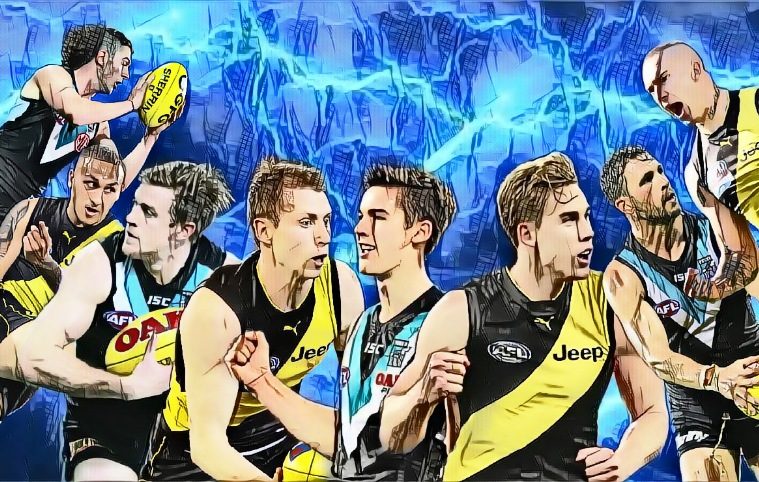 And so, it comes down to the teams that finished in the top four to end the home and away season facing off for the right to play in the 2020 Grand Final.

And that’s the way it should be.

Yes, there are arguments that both St Kilda and West Coast could have slotted into one of those top four positions heading into finals had the AFL bothered to invest in proper goal-line technology, but both the double chance went to the Cats and Tigers, and after dropping their games in the first week, they came roaring back to stake their premiership claims this week.

Which leads us to the best football weekend of the season – the cut-throat Preliminary Finals. Whilst losing in the first week of finals, or even the second, can lead to fans being upset, this coming weekend is where supporters either fly like… well, not an eagle this season, or plummet like a stone. The Prelim Finals are where dreams are fulfilled or hearts are broken.

And we have the four best teams of the season butting heads for the right to play for the ultimate prize.

The Tigers and Power kick things off in a rematch of their belting Round 11 clash. However, despite the game being played at the same venue, these sides will look markedly different as they take the field.

The Friday game is followed by the Brisbane v Geelong match, with one of these teams breaking a bit of a drought.

Actually, that’s not right – Geelong played in a Grand Final in the last ten years, but the Lions have surged after bursting out of the gates in 2019. They haven’t looked back, and with the home ground advantage, should be feeling very confident.

Below is a deep dive for our members – it is an additional column to the ones we would normally produce – an additional thank you of sorts for their support over the season in what has been very trying times for everyone. I’m endeavouring to cover as many points as I can in these previews, so if you feel it’s a little long-winded, I apologise in advance.