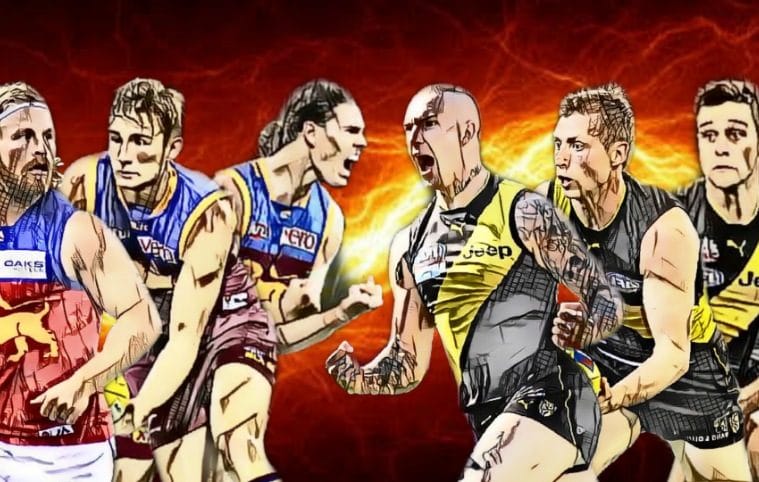 The Brisbane Lions enter the Colosseum to go into battle against their nemeses this Friday carrying the hopes of a state on their back.

Queensland, a Lions stronghold holds no fears for Richmond. The Tigers have been there, done that, conquered all and walked away smiling. With a 15-game win streak over Brisbane and with an undefeated streak in Queensland this season, the Tigers, ranked third coming into the 2020 finals should start favourites against the hometown Lions.

But what can Brisbane do to turn the tables on their confident rivals?

The easy answer is to kick straight, right? They have hacked it in the last two games, but we’re looking for something a little deeper  – a little more indicative of their styles over the last little while.

Can the Lions learn from the mistakes they’ve made over the journey? Can they adapt and play a brand of football that reverses the trend and sees them beat this team for the first time in a decade?

Rather than delve into what were very different teams ten years ago, The Mongrel is delving into the last five games pitting these two clubs against to see what we can uncover.

For reference here, we are going from Round 17, 2017 until the Qualifying Final in 2019 for our sample size. I have decided to concentrate mostly on the players still with the clubs unless it becomes apparent that a departed player had a significant role to play over a period of time before leaving.