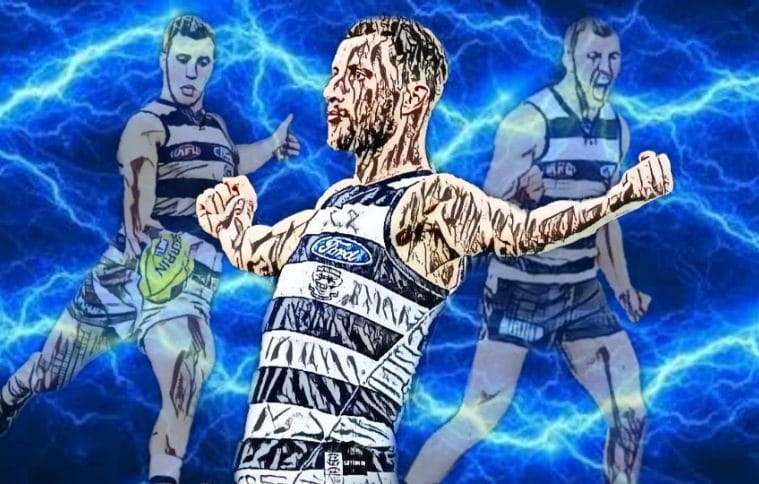 Do you ever get the feeling you’re being watched?

If you’re an AFL footballer, chances are you are – by millions of people, and you’d hope a few All-Australian selectors would be keeping their eye on you as well if you’re any good.

This season, you would think some of those selectors’ eyes would have been passing over the high-quality work of Sam Menegola. Moving into the role of permanent wingman for Geelong, the former Docker starred for the Cats all season as players like Zach Tuohy, Mark Blicavs, Cam Guthrie, Mitch Duncan and even Mark O’Connor rotated through the position on the other side of the ground .

Playing all 17 games on the wing, Menegola was the constant, and offered the Cats some stability to go along with his long kicking and hard running. He was considered by some to be a lock for one of the two positions sometimes designated for the game’s best wingmen.