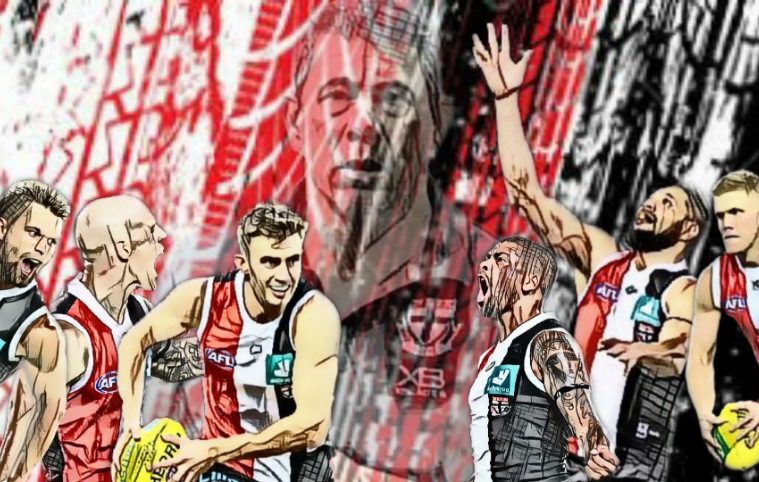 Saints In The Finals – This Aint A Fairytale

As some of you know, I have a four year old running around my household and in many ways, running the household, I suppose.

As such, there is a heap of Disney on rotation whenever the old Mongrel needs to sit down and write a column. At our place, we’re inundated with princesses, daring rescues, overcoming the odds and I have to say, some pretty catchy tunes. Disney can write a damn song!

The other product on high rotation in the Mongrel household is footy, and as the 2020 season has rolled on, or limped on at times, the rise of the Saints has been one of the better stories.

Already, you can sense the AFL storytellers preparing to refer to their finals campaign as a fairytale, can’t you? True, it’ll be difficult to barrack against the Saints as they embark on their first finals campaign in nine seasons – they have surprised many with their leap into the eight, and really, if not for some shoddy goal line technology in the game against Melbourne, we could have been talking about a potential top four team.

But unlike most fairytales, the Saints have not required saving this season. They haven’t been trapped in a tower, locked in a dungeon or decided to wait for a prince to come to their rescue. They’ve got no arch-nemesis plotting their doom and foiling them at every turn. They are a team that has created their own destiny and they’ve done so with boldness and courage. They did not sit around dipping their toe in the waters of player movement, scared to get wet – they made their own luck, and they could be about to reap the rewards.

The rest of this article is for our members. Not ready for that sort of commitment? Here’s our free game review.