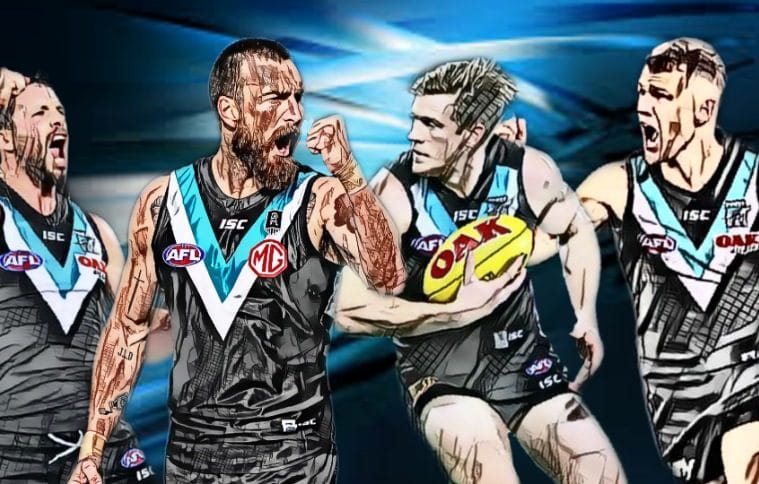 MEMBERS – They Don’t Believe In Us!

I sat watching the footy on Saturday afternoon with a bit of a satisfied smile on my dial.

For the record, no I am not a Port Adelaide fan, nor am I an Essendon hater – I just enjoy seeing good teams play good football, and in slippery conditions, the Port Adelaide midfield kicked into gear to power their team over the Bombers and notch win number 13 of the year.

The Power have had a wonderful season thus far. They have occupied top spot on the AFL Ladder right from Round One, when they knocked over the Suns by 47 points. There have been other teams that have been good, as well – Brisbane have enjoyed a wonderful follow-up to their break-out 2019 season, Geelong have had streaks of brilliant footy, and both Richmond and West Coast have had periods where they’ve looked like the biggest threats in the game.

Yet there are Port Adelaide; top of the ladder after 17 rounds and looking to finish the season the way they started this coming Monday.

As I watched the Power ram home their advantage against the Bombers, the conversation of Port’s place in the AFL this season came up amongst the experts paid to prognosticate about our game, and it quickly became apparent that the consensus was that Port were a rung or two below teams like Richmond.

Yep, the top team in the game was rated below a team they beat just a month or so ago, and to these blokes, it was apparently clear that this was the case. I’d like to say I was shocked, but the disrespect of the Port Adelaide Power this season is not a new thing.

But it is getting old pretty quickly.