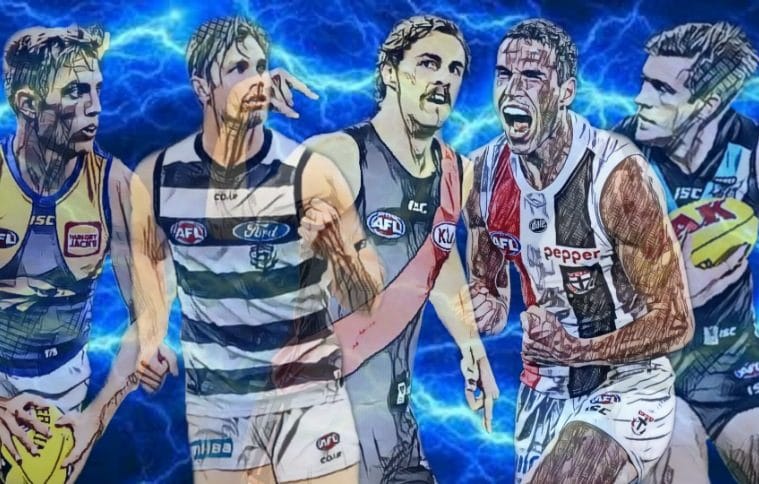 The second instalment of the Festival of Football, or as it seems to be, the lamenting of lower leg ligaments, is well upon us.

We’re heading into the business end of the season. Playing footy in September is a shock to a fair chunk of the competition: some teams are playing like they’re on holiday and for some players, mad Monday has come early. Trust Richmond to have the bye the week they give me plenty of material. Time your kebab trips better next time, would you?

As we approach the finals, the results are getting more important and my tipping has not improved at all.

I learnt after posting this article the other week that people get very upset if I miss a margin. It was nice. Made me feel as if I knew what I was talking about, which was a nice change.

There’s been a lot of criticism about North, mostly because they’ve been terrible all year, and it’s all been pretty valid. But some of it’s been pretty harsh, too. Especially concerning the coach. Sure, they may have rushed Shaw into the job, but he’s there now and it’s always going to take a couple of years for a coach to get things right. They paid a fortune for Polec, and he’s not delivering, but if you remember, North were so keen on a big signing to save them that anyone who wanted to come was always going to be on big money. And you can’t blame a player for taking the best contract possible- it’s the exact reason we have a salary cap, to share the talent (or not) around.

I cannot comprehend my disappointment in you. You’ve ruined a fairly sizeable collection of memes involving Owen Wilson. Can you turn your fortunes around this week?

Let’s see: You’re playing St. Kilda. St Kilda have been a good side all year. St. Kilda find themselves in an awkward position where they need to win this game to make finals. You might even say it’s a must win game for the Saints. Good news Hawthorn, the odds are definitely in your favour. Because if there’s one thing in footy you can rely on, it’s the Saints shooting themselves in the foot.

This game should be a simple tip, but I have no faith in St. Kilda.

I’m finding a roughy here and going for the Hawks by 12.

The Bombers really need to stop waiting until half time to start playing footy. Sure, it works against the lower sides. But against the top sides you almost need to play four quarters. They’re looking pretty good the Bombers, really. Daniher has come back a lot better than many (mostly me) expected. He can even turn heads by sitting on a fence – which I thought was fantastic, by the way. They took it right up to the Eagles, who look somewhere between their form at home and their first hub in Queensland, so somewhere slightly above average.

Geelong are Geelong though and they’re going about their merry way just being better than most. It’s been a long winning streak and the Cats are looking scary- As in good at footy scary, not like that gross looking stray cat that can’t meow properly and gets in my house. Seriously, how do you get in? Bugger off!

If the Bombers want to win this, they need to bring their A-game early. Anything is possible in this game, and the Cats are probably due for a loss, but I don’t think it’ll be this week.

The battle of the Western Teams. Kinda. I really don’t like the name Western bulldogs. Can you go back to being Footscray? It makes much more sense.

There’s never any hype around the 2016 premiers. Sure, they may be in the longest premiership hangover that’s ever hungover, but there must be a moment when someone at the club flicks the switch and they become good again. Or were they never really that good and got lucky once? Would be harsh to say so, because Bevo is an alright coach and they’ve got plenty of good players. But they’re about as consistent as an Adam Sandler movie: One week they’re Happy Gilmore and the next week they’re Pixels.

The Eagles should be a little nervous here. They’re slightly better in this Brisbane instalment, but they’re very far removed from their comfort zone. If they get behind the 8 ball early, I’m not sure if they’ll catch the Dogs.

It all depends on which Dogs decide to rock up. I think this game will be told within the first 5 minutes or so.

Going to stick with the safe option. Eagles by 7.

Speaking of teams who love a good loss at an essential time in the season, what were you thinking Melbourne? Losing to Sydney of all teams?

Fremantle have changed so much this season under JL, to the point where people are starting to say their games are watchable. Except for one thing – they still can’t find an avenue to goal. So, really, what has changed? Their defensive game has just got a bit nicer to watch. Still, they did beat Richmond in a lot of categories on Wednesday and would come into this game with some confidence.

If Melbourne and Fremantle are coming into the same game either confident of a win or needing a win, then it’ll be a great time to catch up on some of those chores you’ve been putting off. Because this is going to be a frustrating game of two teams continually finding a way to lose the game.

I’m going with Melbourne here. Not for any particular reason except that one of them needs to win it and I almost never tip Freo. Why? Because I’m a Freo fan so if they lose, getting the tip is some consolation prize. Yup, my life is that sad.  Dees by 12.

I’m genuinely happy for you. It would’ve been tragic to finish the season winless, so there’s some reward for the supporters who have hung around.

Can you do it again this week? It’s highly unlikely, but hey you’ve got the monkey off the back now so who knows?

The Giants haven’t been amazing the last 5 weeks or so. They were good against Freo, but Carlton just kind of ran out of legs and really should have beaten them.

So, you might be in with a chance. It’s a slim chance, but you’ve still got time to finish the season strongly and ruin it completely but losing the first pick in the draft.

I can’t see it happening though. Giants by 21.

Carlton are still a mathematical chance of the finals, so it’s a shame that they’re going to probably miss out after several years of being nowhere near it. Sydney are just the perfect mediocre side: losing to teams they should beat and beating teams they should lose to.

This is one of those games where I just can’t think of what to write about. It’s not an inconsequential game by any stretch but there’s just not too much in it. Carlton, I think, will be extra inspired because they’re going to want to give themselves every chance they can. And unlike other teams mentioned in this article, the Blues are starting to learn how to win games like this.

I’m still not fully convinced. Can I tip a Draw?

Probably not. Carlton by 1

The Q clash is upon us. Do you still call it that? I hope not.

The Lions perhaps got away lucky against the Pies, who, for reasons unknown, decided to go with the tallest side possible in slippery conditions. It almost worked for them in fairness, but that’s only because Harris went down injured, which couldn’t have happened at a less convenient time of the season.

The Gold Coast were at the most impressive last week, but that’s because they were allowed to be.

I don’t think the Lions are going to be quite as submissive as the Roos.

Brisbane have a point to prove. It’s their home Grand Final on offer and they’re not going to let their little brother down the road make that possibility any more difficult.

Round 15 wrap – The GF venue – Tigers in Trouble – Recruits of the year – Weitering v Moore for AA CHB? – Big Re-signings. 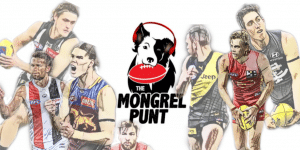