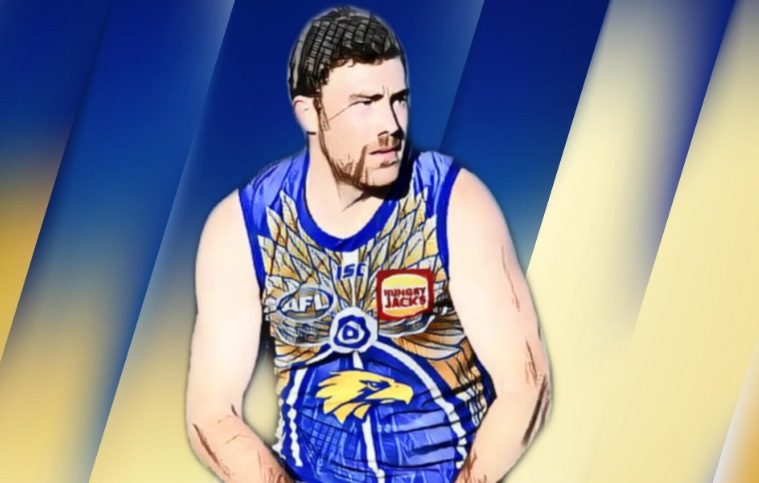 I saw this game as a danger game for both West Coast and Greater Western Sydney. But they were danger games for different reasons.

For West Coast, they were on a seven-game winning run in the lead-up, including five from five at Optus Stadium, and a win before they find themselves back to the Gold Coast for the next few weeks. If it’s anything like their first stay, then their season could be flipped upside down. Which would be a shame, as they have looked back to their best during their stay at home.

The Giants… well, what has happened to them? They have had some good moments since the restart, but for the most part, they’ve looked lacklustre and last week’s 41-point belting from a rebuilding Sydney team is perhaps the most damning indicator of the way they are travelling.

Well, the result panned out as expected, with the Eagles notching up an eighth win on the trot and sitting firmly entrenched in the top four. However, it didn’t come without a challenge from the Giants, with two goals separating the sides by the final siren.

There was a bit that happened in this, so let’s try and pluck out the finest in the review.

The West Coast Eagles dominated the opening stanza of this contest, and the most influential player on the ground unsurprisingly came from the Eagles’ engine room. However, it wasn’t who you might have thought. Tim Kelly, yeah he was alright, it wasn’t Dom Sheed, it wasn’t even their captain, who only had the one disposal in the opening quarter.

It was Nic Naitanui.

Yes, he’s been in ripping form as of late. As I did my round 12 All-Australian team to hand in for the Mongrel this week, he was so close to edging out Todd Goldstein. However, that opening term showed serious ‘Michael Jordan taking it personally’ vibes. He looked as though he knew I had put Goldy in over him and wanted to prove a point.

He has taken the first step to taking that position come the end of the season. He had eight disposals, six clearances, five score involvements and kicked a goal like he was another one of their fleeting small forwards.

Naitanui had Shane Mumford on toast and did as he pleased as the Eagles set up what would be a match-winning lead. I will give Mumford and Harry Himmelberg a little bit of credit, as Naitanui’s impact diminished after the half-time. However, the problem for GWS remains that they’ve got ruck issues as cooked as Geelong’s. Sam Jacobs hasn’t worked out this season and Mumford has gone on three seasons too many. It was their Achilles heel last year and if they get to finals could very well trip them up again.

Not many Giants players have deserved plaudits this season, but they’ve found a player that has shown in his debut game just how special he can really be.

GWS have been dreadful moving the ball forward of centre this season, but 20-year old Jake Riccardi looks as if he’s been playing key forward for ten years. The way he leads and presents himself to the football is absolutely first class and he looks a reliable finisher. He had 16 disposals, ten marks, four inside 50s, two goals and eight score involvements.

That is about 16 times more than the guy he replaced, Jeremy Finlayson, did in last year’s Grand Final. If he can keep churning out performances like this, then Finlayson could find himself kept out of the team for a little while longer yet.

As good as Riccardi was, the problem for the Giants is still there. Last week against the Swans, GWS recorded nearly 20 more inside 50s and got belted. This week they won the inside 50 count again, however this time the margin was more narrow – five more inside 50s than the Eagles.

Their ball movement improved a fair bit in the second half and actually capitalized on their chances. But they need more from their forwards. When the first-gamer is dangerous, you know there are problems. Jeremy Cameron got a big donut next to his name, Himmelberg kicked one late, Toby Greene didn’t hit the scoreboard with Brad Sheppard to deal with (chalk up another victim). The only other player that looked lively for most of the game was Brent Daniels.

The mids shouldn’t be exempt from this either. Toby Greene did play more minutes up the ground, Stephen Coniglio, Tim Taranto, Harry Perryman all went at below 65 percent disposal efficiency and Jacob Hopper just went above 66 percent.

I guess GWS’ horrendous use of the football going forward will lead into the next part. As bad as their entries were, I think Jeremy McGovern needs at the very least a slab from Adam Simpson, because he saved the Eagles from completely choking what was a 37-point lead in the final term.

GWS were in total control after Brendon Ah Chee goaled to give the Eagles that comfortable buffer. Out of their 41 inside 50 entries, 13 of them came in the final term, if you were watching, you could’ve sense that GWS were seriously making a big charge.

I reckon McGovern took at least four intercept marks in that final quarter alone, and then there was that incredible leaping spoil, which saved the chance of another scoring opportunity being generated. By full-time the stat sheet read 18 disposals, 11 intercepts, ten marks with eight of them intercept marks.

He was the man when it mattered the most.

With names such as Shuey, Kelly, McGovern, Naitanui and Darling, it’s easy to forget that players such as Jarrod Brander, Josh Rotham and Brandon Ah Chee all exist in this Eagles team.

All three were very influential for the Eagles on the night.

Rotham I can see being an heir apparent to McGovern down the line. I absolutely love how he reads the play and the way he picks up intercept possessions is amazing, you wouldn’t know he’s only played eight games of league football – 16 disposals, 11 marks and seven intercepts.

Brander has been interesting to follow in the past month and a bit. He’s got the size of a key position player, but he’s being used more up the ground in the opposing wing to Andrew Gaff. I liked what he did with it – 16 disposals, six marks, four score involvements and five inside 50s and 75 percent efficiency. I can’t say I’m an advocate of this stat, but 474 metres gained is impressive for a big man. He had the most of any man on the ground.

Ah Chee looked very dangerous as a forward, providing a target and finishing a few opportunities that they needed to convert to hold the Giants at bay. He also had seven score involvements and was quite busy as a small forward.

So I mentioned the Giants dominating general play in the fourth quarter. Toby Greene had 11 of his 20 disposals in that term as he was playing in the middle and looked a man possessed. Yes, I did touch on his efficiency, but he worked so hard in that final term after being reasonably quiet in the opening three. The Giants will be pleased he got into the game the way he did following another layoff.

Josh Kelly and Lachie Whitfield showcased their class with the ball in the final term and put in strong shifts overall. Whitfield had eight of his 25 disposals in the final term and Kelly kicked an important goal late in the game when there was still time for the Giants to complete the comeback. Both of them played themselves back into some form, Kelly in particular, because he was one of many who was simply rubbish with his disposal last week.

Also a shoutout to Daniel Lloyd for his final term. I haven’t been a fan of his since his arrival on the AFL scene, but he provided a handy option up forward in the final term, and his finish from long range in a difficult angle was a beauty.

Jack Darling will get a mention for five contested marks and kicking three goals from just seven touches. He was very damaging whenever the ball went his way and some plaudits have to go to guys like Ah Chee and Jamie Cripps who were lively around the footy and helped set up a couple of good looks for him

Also, a cheerio to the other debutant Xavier O’Neill who kicked a lovely crumbing goal in the third term. I think he could be a handy little player for the Eagles somewhere down the line.

Nick Haynes was kept well quiet by the Sydney forwards last week. This week he was back to his best – 17 disposals, seven marks and five intercepts. I keep saying this about him – if it isn’t for him, the Giants would have lost matches by more – In the eyes of this isolated man, this game was no different.

Best wishes to Callan Ward as he suffered a compound fracture to the middle finger in his left hand. Poor bloke has not had a good run at it the past year. From ruptured ACLs, to Stephen Coniglio stealing the captaincy off him and Phil Davis to the abuse he copped from Essendon fans two weeks ago, what sort of torment hasn’t he gone through yet?

Nic Reid has become one of my favourite West Coast players, based purely on the fact that he has to be carrying the largest head going around in the league – seriously, it is enormous!! No hand me outs from Jack Darling this week though, which made me a bit sad. I actually do like him.

So, on that mildly humorous note, that’s the review wrapped up in a neat little package.

West Coast’s next three weeks are going to be a serious test. Richmond, Essendon and the Western Bulldogs all to come in that order. If the Eagles are to be serious about Finals, they need to conquer this mental kryptonite that is the Gold Coast hub, winning at least two of the next three will have the doubters simmer down for the time being and further solidify themselves

GWS are now in serious danger of missing finals altogether. Next week they have a massive game against Fremantle at Optus Stadium. The Dockers are a very stingy defensive unit, and if the Giants don’t sort themselves out forward of centre, they could be in for another dour night. Following that comes Carlton, Adelaide and Melbourne.