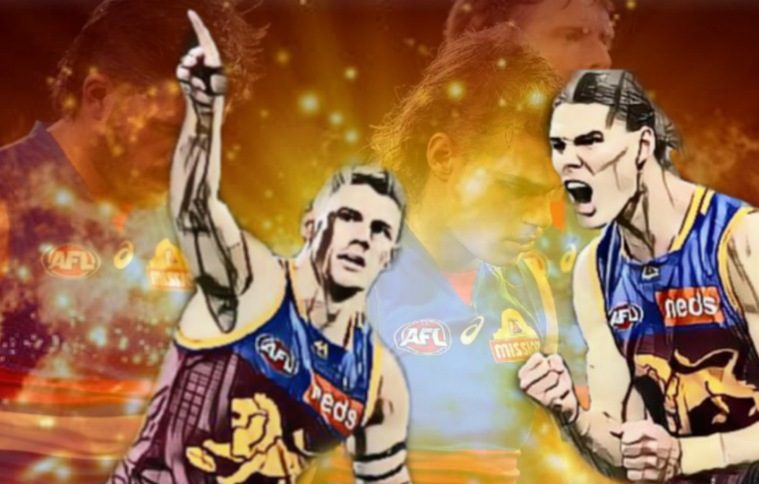 This was one of those games where we’d find out where both Brisbane and the Western Bulldogs well and truly sit in terms of premiership contention.

We found out that the Lions are continuing to hum along very nicely, making it win number eight for the season, and keeping their unbeaten record at the Gabba in 2020 intact. They remain a game behind Port Adelaide, but could be a game ahead of the Saints, should they lose to Geelong on Monday

As for the Dogs, well it remains a very frustrating period. Should they still be in the discussion for Finals? As a supporter of the club, it’s hard to argue that they should, given that this is their third loss in a row – all of them against sides sitting in the top four. They were admirable against Port and looked ominous in patches on Saturday night against the Lions.

But that gap between the Bulldogs’ best and their worst is still incredibly appalling. There’s a lot of work to be done. But I wouldn’t expect to be fixed up overnight. Rome wasn’t built in a day and neither is the sustained success of a football club – even if they did win one a few years ago.

So, with all that said, let’s break down the game with the review.

If you are a Bulldogs’ supporter, you would’ve loved how they played in the opening half of the first quarter. They were playing more direct, they were lowering the eyes and they were looking to take the game through the corridor, which is what you want. Jackson Macrae was literally everywhere and Mitch Wallis – thank god the Dogs have a forward that knows what he is doing. These two kicked the first three goals of the game before momentum swung Brisbane’s way.

Brisbane fans would’ve loved what they saw afterwards. Yes, they missed a few easy ones early and we started to question if another diabolical showing in front of goal was going to occur, but once Callum Ah Chee kicked his first and set himself up for a mark of the year contender for his second, the Lions were back in front. Brisbane kicked another goal to start the second term to open it up to 11 points, but could’ve easily had led by more if they kicked a little straighter.

But as the second quarter would prove show, it didn’t really matter.

After Marcus Bontempelli’s mark and goal to put the Bulldogs ahead midway through the second term, the game looked as though it was turning back in the Dogs favour as they weathered the first wave of what was a Brisbane Lions’ storm. However, they weren’t prepared for what was coming next as Brisbane’s on-ball brigade led by Lachie Neale, Dayne Zorko and Jarryd Lyons absolutely ran riot in a span of about a dozen minutes.

The Bulldogs looked second rate; they fumbled, they slipped, but ultimately it was Brisbane’s precision in the middle and around the stoppages in this little period that provided the difference by full-time. The Bulldogs lapsed in the third quarter on Monday night against Port Adelaide and that, along with poor conversion in front of goal did them in on that night. It’s beginning to be a worrying trend these lapses.

They can at least take solace that they matched them for pretty much three quarters. But winning games against the best takes four of them. That run of goals saw the Dogs down by 30 at half time and they ended up losing by 24.

You can play three quarters against poor opposition and get away with it. Against Brisbane, you will be punished.

I was optimistic about the inclusion of Ryan Gardner. He hadn’t played since round two against the Saints, and was hoping a few weeks in the scratch match circuit would’ve been the swift kick up the backside he needed.

Without making it sound like I’m running a petition to have him sacked, I will say this about him.

Yes, I reckon he gave away at least three goals to Eric Hipwood. He knew he couldn’t keep up with him and the number of times where he got caught holding his jumper will attest to that. However, I won’t hold him as the scapegoat that the many on social media have already gone and done. There are 22 players in this team every week, and yes he might be considered the weak link by many, but Brisbane won at least the last eight clearances of that second term and got the ball in quick. That’s not Gardner’s fault.

With Hayden Crozier out for at least another week with this cursed toe injury (I miss him in this team), it might be the only thing that keeps Gardner in this side for next week, god forbid.

Whilst lamenting the form of Gardner, you have to pay respect to the man that kicked the goals and clunked the marks on him.

Eric Hipwood can be a very up-and-down player and in this one, he was right up. Positioning himself well and building confidence, he started to play like the forward the Lions have been waiting for him to blossom into.

Five goals in the modern game is a bag, particularly with reduced time to kick them. He gave Gardner nightmares as he continually put himself in dangerous spots and created a sense of panic from the Bulldogs defender. Beveridge opted to leave Gardner on him, and Hipwood finished with five goals.

JUST GIVE HIM THE BROWNLOW

Since his early days at Freo, I have found myself marveling at how Lachie Neale works hard in and under and knows where to be on the outside.

Since coming to Brisbane, he looks to have picked up his game on another level. He’s the Brownlow favourite for a reason and it looks like he’ll pick up another three Brownlow votes for this game. With all due respect to Macrae (I’ll get to him), Neale was responsible for splitting the game wide open. He was consistent for four quarters.

Between him, Zorko and Lyons, the trio had 29 clearances. Neale had 12 of those, along with 36 disposals, 18 contested possessions, seven inside 50s, eight score involvements and six intercepts at 71 percent efficiency. That is a complete midfield game.

NO STOPPING THE CLEARANCES

The Bulldogs mids – Bontempelli, Smith, Dunkley, Liberatore and as much as it hurts me to call him out, because he played outstanding for most of the game – Macrae need to be held to some sort of account as well here. As a collective, they allowed Brisbane waltz out of the middle way too easily at stages of the game.

The Lions were so good at one stage that the Dogs looked non-competitive in the middle. When that starts to happen, you have to play hard, accountable footy and stop wondering about how you’ll manage to get your next touch. Get an opponent, beat an opponent and work your way back into the contest. All they had to do was body up, not grab the jumper and spilt a few contests – it’s not rocket science.

But they had no answer. The Lions won the centre clearances 18-10 on the night. That is dominance.

The trio of Neale, Lyons and Zorko were phenomenal.

In shortened quarters, even getting 30 disposals is a pretty good effort. It would probably translate towards a high-30 with full minutes.

Imagine getting 40 disposals? Jack Macrae got 37 a couple of weeks ago against Richmond in a dismal loss, but became the first player to break the 40-disposal barrier in 2020, which should be applauded. If you follow the Dogs like I do, you have to marvel at how hard Jack Macrae works for the footy.

He was initially drafted as an outside midfielder, but his ability to dig in for contested ball has been much improved in recent years – 15 of his 40 were contested possessions. He also had seven inside 50s, seven score involvements, three clearances, four tackles and four marks.

He only had six disposals in the second term, which probably was the only downer, but overall, he was one player that could hold his head high. He was doing everything he could with his disposals to generate and get something going.

Alas, he didn’t have enough help.

WHAT OF THE UNSUNG BRISBANE BACKLINE?

When your best defender Harris Andrews has only four disposals, who do you credit?

Andrews probably got his quota of a dozen spoils in, but he and Darcy Gardiner had their hands full with their Bulldogs’ talls of Aaron Naughton and Josh Bruce. How about Daniel Rich? I don’t think he gets nearly talked about enough here in Victoria – 14 kicks, seven rebound 50s at 88 percent efficiency.

I liked Noah Answerth down back. A team-high seven intercepts, along with 12 disposals and four rebound 50s. He matched up on Wallis for a fair bit and they had a pretty good battle – got away with a couple of jumper holds too, just quietly.

Also I liked Grant Birchall. Doesn’t need to get the footy 20-25 times, but his presence down back was pretty important at a few stages in the game where the Dogs looked threatening. Also need to mention Alex Witherden’s game – 24 disposals and six marks across half-back and the wing, he looked on a decline for a little bit, but showed plenty floating across the defensive half.

Marcus Bontempelli was perhaps the Bulldogs’ next best player after Macrae – 30 disposals, one goal, five inside 50s and a team-high six clearances. He looks back to his best, which I’m pretty happy to see. Bailey Smith took the game on again, which is when he’s back to his best, and Tom Liberatore had another workmanlike game.

That ruck battle between Tim English and Oscar McInerney – McInerney dominated him in hitouts 39-20, but English worked harder around the ground – looked more potent in the second half when the Dogs were teasing a big fight-back. Could’ve used him in that second quarter though.

I love Zac Bailey. As a matter of fact, I think the love I have for him is growing from the last time I reviewed a Brisbane game – 2.2 from 21 disposals, five marks, six inside 50s, three tackles and eight score involvements along the wing. Time to stop underrating him, guys. When you finally see or hear him mentioned on mainstream media – think of me!

Also, imagine getting just one disposal and three hitouts and getting a post-match interview – Bugger off, Channel Seven! Get me a Zac Bailey interview, not some bloke that won the Recruit eons ago. I would’ve settled for Hugh McCluggage – 21 disposals, two goals, five marks, five tackles and six score involvements. He was huge with the game on the line.

Fingers crossed for Charlie Cameron that knee injury isn’t serious. Not sure why the Lions medicos allowed him to run back out there in the last quarter – the game was almost signed, sealed and delivered. However, before that, he was well and truly curbed by Easton Wood. The former Dogs captain probably would’ve got more recognition if he didn’t butcher his possessions, but he should be applauded for the shut down role all the same.

Finally, if Bailey Williams isn’t the Dogs’ most improved player, I’ll eat my hat. Another 17 disposals, seven rebound 50s, four marks, five tackles. He just continues to put his head down and work, which is remarkable considering he couldn’t find his way into this team at the back-end of last year.

So that’ll be it from me this week.

My Bulldogs have the win-less Adelaide Crows next Sunday back on the Gold Coast. That’s a game that they should win, but you never know – I’ve seen this team cough up the impossible ones before.

The Lions will play North Melbourne next Saturday afternoon, also at Metricon Stadium. This is a game that Brisbane should win and further cement themselves inside the top four and make one more step to a top-two finish.