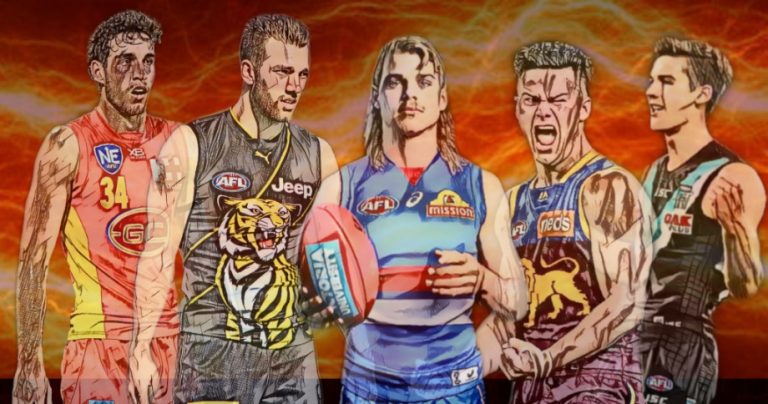 There is a rich crop of young talent in the league right now. On any given team, supporters could name two or three sure things on their list they believe will be part of the next generation of stars.

In recent years we’ve been privy to the AFL’s official 22 under 22. Half way through the 2020 season, several who were locks for last year are now too old. Harris Andrews, Jacob Weitering, Hugh McCluggage, Clayton Oliver, Josh Dunkley… they’re no longer boys.

In their place is a new breed of stars in the making.

Yeah, the AFL can have it’s under 22 team. Like some of our more seedy readers, we’re looking at the younger blokes. We believe the children are our future – teach them well and let them lead the way and all that Whitney Houston crap. We’re looking at the 20-and-under team for 2020.

And for the record, I wanted to call it the ‘Barely Legal’ team, but Mrs Mongrel put her foot down on it and said I should leave that kind of stuff to The Roar. Who am I to argue.