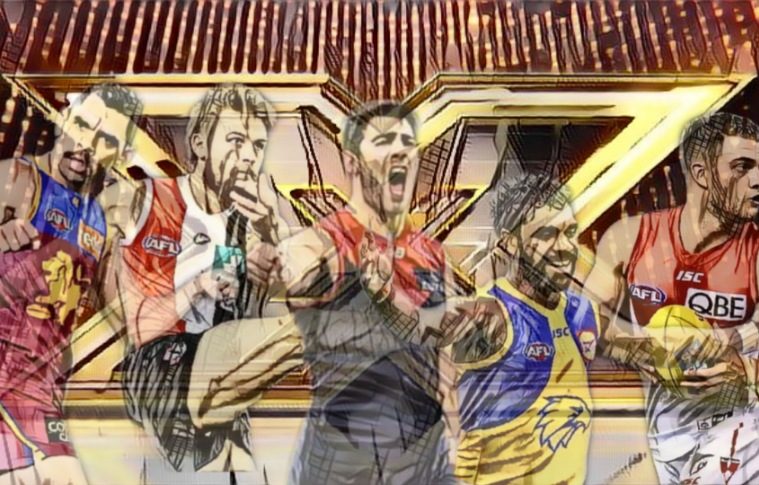 So, two weeks ago, like a bloke with far too much time on his hands, I started toying with the idea of a sporadic X-Factor Rankings.

Sporadic inasmuch as I didn’t want to commit to something I knew I was going to struggle to produce on a weekly basis.

However, given I am a creature of chaos at the best of times (the 20 straight days of footy both has me terrified and strangely excited) I am gravitating toward the X-Factor Rankings before I even finish my other rankings this week (defenders and overall player ranking for the week still to come, Mongrels!)

So, I have jumped back into this with the feeling of indulging in my guilty pleasure.

Firstly, a bit of a run down for you guys.

The first thing I wanted to ensure was reflected was the ability to kick goals. As such, a player has to average at least a goal per game to qualify for this list. I want you to remember that – THEY HAVE TO HAVE AN AVERAGE OF A GOAL PER GAME TO MAKE THE LIST!

Got it? It’s important, particularly if you’re going to complain about a player not being on the list. Make sure they have a goal per game average!

Thirdly, I opted to leave traditional key forwards out of the equation. Ben Brown, Tom Hawkins, Jeremy Cameron and the like… they don’t get a look in here. What we ended up with is group of small to mid-sized forwards and a couple of midfielders who excel at hitting the 50 metre arc and kicking a goal or two.

And finally, at the suggestion of one of our esteemed readers, I added in one-percenters to acknowledge those players that do the little things that are often overlooked.

Score involvements and strong one percenter numbers bolster his score. Just hanging in with a goal per game.

So hit and miss. Was borderline useless against the Dogs, but is capable of brilliance as well. Is due for a big one.

Really making his move. 32 score involvements reflect his creativity and his move into the Richmond midfield once again indicates just how well they’ve structured their team and nurtured the next generation.

Such a weird forward. Can do the miraculous but often fails to do the mundane. Loves that scoreboard impact with 11 goals and 30 score involvements.

Flashes in and out of games to great effect, as we saw against the Giants last weekend. Really consistent numbers across the board.

Not the same as he once was, but still pretty bloody good. Had a day out against the Dogs in Round Six, but had the handbrake applied this weekend. 12 one percenters acknowledge the little things he does to aid the Blues.

A strong mark inside fifty, Fritsch is a tough matchup. He has the highest amount of marks inside fifty of all who make the cut here.

The beast. The bull. The maestro of the Demon offence. 40 score involvements emphasise his importance to this team, but he is teetering on just one goal per game. could drop out with a poor scoring week.

In the absence of Nat Fyfe, he is Freo’s Mr Everything. 40 score involvements and decent one percenter numbers propel him up the list.

Great pressure player who doesn’t compile huge numbers but does a lot of things that have big impact. 33 sore involvements and nine marks inside fifty drive him into the top ten.

A mammoth 45 core involvements are the highest total in these rankings, but incredibly, Neale does not have a goal assist to his name this season. I know, right – I couldn’t believe it, either.

A nice spread of numbers indicate that Wingard is the complete package on his day. 36 score involvements, nine marks inside 50 and 11 goals demonstrate just how dangerous he is in the forward half.

A surprise to me, launching up the list with the highest one percenter count of all – 27. When people ask the value of Westhoff, show them that number. Plays at both ends of the park and remains one of the more versatile blokes in the game… and one of the players best served by having a beard.

Like Wingard, does it all… but is currently doing it better. Great hands, great pressure and looooves a goal, Liam Ryan is better this season than he was last… and he was pretty damn good last season.

Kicks goals, takesmarks, and with 34 score involvements, is a great avenue to goal for the Lions. Just one goal assist for the year for Charlie, however, and it came this past weekend.

The recruit of the season to this point, Butler has 13 goals and 38 score involvements to his name. His 14 tackles inside fifty bring that manic Richmond pressure to the saints. Incredibly, he has ZERO one percenters this season. Yep… none.

Another surprise bolstered by his ability to clunk marks inside fifty. His 14, coupled with 11 goals are one of the few highlights for the hawks thus far in 2020.

Oh, maybe Dan Butler isn’t the recruit of the year? Second only to Lachie Neale in score involvements (43), Jack Martin is emerging as the complete forward. Takes string marks, kicks goals and his 12 one percenters indicate he is a player that knows the value of deft touches and knock ons to the advantage of a teammate.

The leader of the Coleman after seven rounds… who’d have thunk it? Papley has 40 score involvements and is adept at both marking the footy inside fifty as well as applying tackling pressure. Surely the All-Australian forward pocket at this point of the season.

Well there you go. Amazingly, even after a five goal blast, no Jordan de Goey! He was 21st for those playing at home.

The highest-rated player who has dropped out of contention due to dipping under a goal per game is Gary Ablett, who was equal with Cam Rayner at 15.

A few of the others that may be of interest .

Jason Castagna is at 32.

Alex Sexton is at 34 but has dipped under a goal per game, incredibly.

Jaidyn Stephenson at 35 is making up ground.

Jake Stringer is at 42

Izak Rankine starts off at 48 after two outings.

And that’ll do. Remember, you need a goal per game and not be a key forward to qualify. That said, if you want to know where a player finished, fire off a question below and I’ll get to you.

And hey, Mongrel Membership. Its great. Possibly the best membership out there. Exclusively limited to however many can join. Lots of extras including two articles in the next 24 hours. 40-80 cents per day.