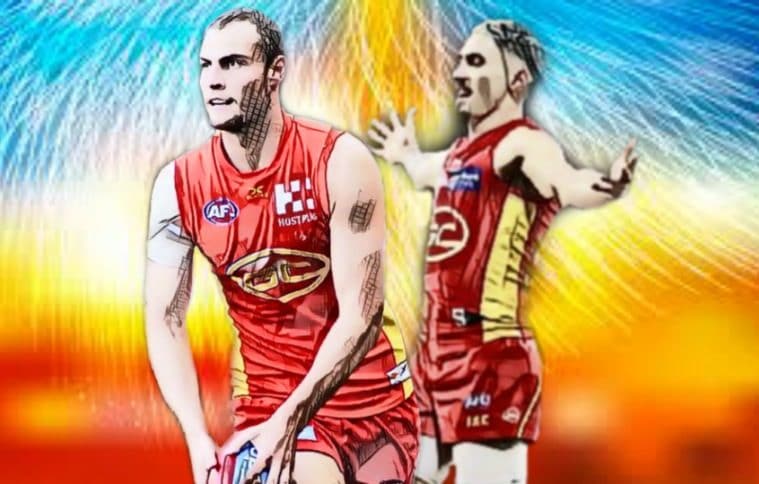 The Swans hosted the Suns in what would’ve previously been a pretty one-sided affair. But this is 2020 and the time of Coivd.

The Suns are reborn as an exciting, attacking up-and-coming team with some experienced combatants littered around the field. They suffered a hit when the lost Matt Rowell against the Cats, but when you get to debut a kid like Rankine the next week, you would have to be salivating about what this team is building towards.

The Swans are on a rejuvenation path of their own. Gone are the days of the old warrior style “Bloods” that batter you and wear you down every week. This Swans team is on the younger side and were smarting after some stinging criticism during the week. They would’ve been looking forward to putting one of the worst games in football’s history behind them. Struggling for an avenue for goal outside of Tom Papley over the last three weeks and lacking any sort of height in the forward line, their clear need was improving the structures forward of the ball.

This game was played in two halves. And by that, I mean every quarter was played in two halves. In every quarter the Gold Coast would make the running and get out to a lead. They would look clean, quick and too classy for the Swans. Then the quarter would just turn, and the Swans would suddenly make up the ground and turn the game back into a contest. You could feel the Suns were the better team, but the Swans just weren’t going away quietly.

All in all, it was an absolutely ripping game of footy. Not your usual dour slugfest with teams continually kicking sideways and backwards afraid to take a risk and get burnt the other way. Nope. These two teams wanted to get the footy forward, often into congestion and let the dice fall where they may. It was definitely more of a “classic” style game of footy. Get it forward, don’t let the defence settle, see what happens. Simple, yet effective. And neither would’ve lost any fans from their performance today.

But enough pre-amble; let’s get into the stuff that mattered:

We all thought Rowell was the jet to carry the Suns into the future. After three weeks, Rowell was anointed the second coming and the future of the Suns. How the world crashed down when he was out injured for an extended period against the Cats. Enter Izak Rankine. Coming off a debut highlights package you only dream about, Rankine backed it up big time!

He started this game with another highlight. A soccer goal off a pack that cleared a Swans defender on its way. Unreal.

Sure, I could talk about his skill and class with ball in hand. His creativity and awareness around the footy. His goal nouse. He is a complete package. However, there is one main passage of play that caught my eye.

It was a stoppage on the forward flank with 12 seconds left in the third quarter. The ball was thrown in, Witts cleanly won the tap and it went down the throat of David Swallow on the move. Swallow gathered under pressure, looked to his right and found Rankine running along on the 50. A quick handball and a shepherd and Rankine steadied and finished the play with the class of a 200-gamer.  Upon replay it was noted that Rankine actually identified the space and ordered his path cleared for the play.

A senior move by a second gamer.

My thoughts went to Witts, Swallow, Harbrow and the like. For so long they have been relied on to carry the load for a beleaguered Suns team. I’m sure they are salivating at the prospect that this new wave of young kids is the real deal, and that when they can all get put on field together and gel, they’ll be able to bring out some party tricks rather than bashing and crashing to feed them the footy.

What a pickup for the Suns over the offseason. They identified that Swallow needed some support in the middle to fight it out in the trenches. They knew they were getting the class on the outside through the draft but they didn’t need someone flashy or high flying. They needed some grunt. And Hugh Greenwood delivers it in spades every week. Greenwood had game highs in contested possessions, tackles and clearances, it doesn’t get any tougher than that.

You want to talk contested bulls and warriors. Luke Parker gave anything but his bloody leg for the Swans today. He worked hard, put his body on the line and ran until legs couldn’t carry him any further. Without him and Rampe in the side, I would’ve hated to have seen the score line.

Speaking of Rampe. He played on this guy called King, who was anything but at the end of this game. King hasn’t exploded onto the scene, but he has been in good form and usually does at least a couple really good things every game. Not this game.

It was good to her Dermott Brereton praise the way Rampe was playing King. Rampe had clearly watched the vision of King and devised his strategy of how to play him. Giving away 14cm and 6kg’s, Rampe showed just how much experience counts for. It didn’t end up hurting the Suns too much, but King would do well to study this game and take this lesson home with him.

Gave Sinclair an absolute lesson. The Suns received some moments of pure silver service as Witts quietly has staked his claim as one of the top ruckmen in the competition in this mongrels’ view. Give him a midfield with Swallow, Greenwood, Rowell and co. in it and watch the Suns start obliterating teams in the clearances.

There is more to life than being really, really ridiculously good looking, right?

Often a point of contention for how much the Suns gave up getting Weller over from Freo, after not setting the world on fire early in his career. Weller has been working hard and developing his game during his time at the Suns and it shows. I covered the Gold Coast against the Cats a few weeks ago and said that at half time he was arguably the Suns best player before fading out of the game. There was another fadeout in this game.

Weller just needs to stay involved and keep using his pace to work across the ground drive the Suns forward and he will reach that elite level that is only just evading him at the moment. He looks like a player who is genuinely invested in his club (and I know all players are invested, but you can tell when a player takes that belief to his core).

I was quite impressed with Taylor’s debut. With Rankine getting all the plaudits for the Suns and getting the comparisons with some pretty remarkable small forwards. I have one comparison for Taylor form this game, and it’s probably a highlight of my bias to the Cats, but he reminded me of a young Jimmy Bartel. He took some big hits but kept coming, took some strong overhead marks and looks to have a clean set of hands. I really liked what he brought to the table. Let’s hope he can develop into a consistent player for the swans.

Not the biggest names in the game. Collins, Bowes, Ballard, Harbrow and Hanley. Geez, they played a really impressive team game today. Covering for each other, applying collective pressure on the likes of Papley, and refusing to let the Swans get any easy possessions in their forward 50. Not only that, but they worked hard the other way as well, refusing to be bogged down in their defensive end and push the footy forward to give their forwards a 50/50 shot. The Suns play a good brand of footy, and they don’t usually push a spare behind and so their defenders have to genuinely defend their opponents without guaranteed assistance. Sure, Sydney aren’t the elite team in the comp these days, but it would have done Stuart Dew’s men no damage to see their style stand up in solid game of footy.

A good return for Aliir. Not a huge impact but played his role and wasn’t out marked nearly as often as his teammates. Kicked his couple goals and gave the Swans an option moving forward. If you want someone offering more for Sydney, I suggest you google how many weeks Buddy is from returning.

Sam Day’s ground ball gather and snap in the second quarter was sublime. It’s fantastic to still see him move so freely after the issues he’s had with hips and shoulders.

THERE’S SOMETHING ON THE WING

My favourite quote from this year so far was from somebody on social media after round four who posted something like “Brandon Ellis was playing chess during last year’s trade period while the rest of the league was playing checkers”. It just makes me smile every time.

Tigers fans definitely understood Ellis’ decision to leave. The money was good, and most Richmond fans saw him as a fringe player anyway. But his arrival at the Gold Coast is just too perfect. Roaming the outer wing, Ellis seems to just collect possessions at will. I wonder what the cumulative metres gained stat looks like for the year 2020 so far. I’d be putting a hefty wager on Ellis being at the pointy end.

Imagine how good Carlton would be if they got this guy over the trade period? Pretty much the only Swan playing consistently good footy in their front half. Finally had some tall helpers today, but still looked to be the only genuine spark up forward. On the flip side of my first statement, what sort of hole would the Swans be in without him?

I don’t know about this, but I just couldn’t wrap my head around the intercept marking stats. Halfway through the third quarter the intercept mark stats read something like 16-5 in the Suns favour. You would’ve thought after getting some height back into their forward line in McCartin and Aliir, they would’ve evened out this disparity. Sure, the Swans bombed their fair share of balls forward, but I don’t believe that was the only reason for the disparity. So often you saw a solid one-on-one in the Swans front half where the Suns defender just beat their opponent.

There wasn’t a lot else I didn’t like about this game. My few mentions would be Callum Sinclair for getting destroyed by Jarrod Witts in the ruck.

Another mention to Ben Ainsworth for having some flashy shots at goal when Rankine was there for the handball.

READ THE ROOM, BEN! GIVE IT TO RANKINE!

It was a genuinely good game of footy between these two teams. The Suns got the points, which is what they needed to do to solidify their improvement from previous years. The Swans showed a definite shift in attitude and put last week’s calamitous defensively stacked game against the Tigers behind them.

I know one thing for sure, I’ll be tuning into the absolute rip-snorter next week between the Suns and the Bulldogs on Thursday night. The Suns are the team to watch in 2020.

Like these reviews? Want more of what the Mongrel can offer? Join as a member and get access to weekly wingman, defender and overall player rankings as well as additional members-only columns, and early access to all Good, Bad, Ugly reviews. It’ll cost you 40-80 cents per day and you’re helping our site grow.