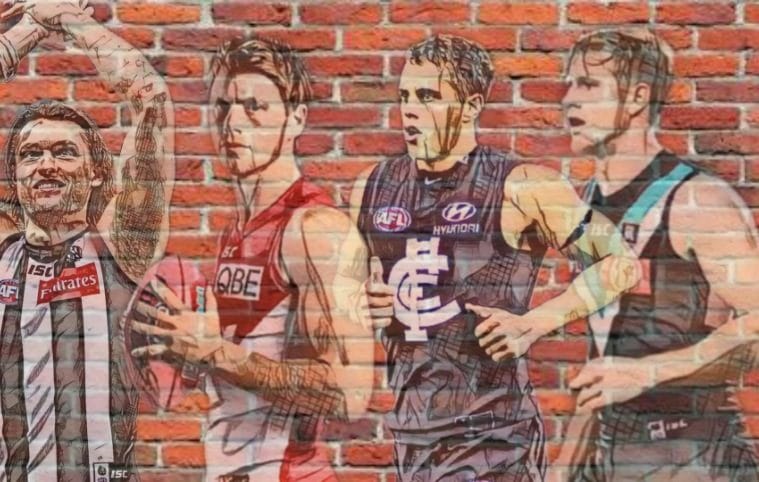 INNER CIRCLE MEMBERS – Defensive Player of the Year – Round Six

There’s some more movement at the station this week, with a Giant chasing the leaders, a tagger hitting the top 20 and a young bomber with a game in hand starting to climb the ladder.

The rewards for an AFL defender are scarce. Maybe six spots in the All-Australian team if the selectors haven’t tried to cram a midfielder onto the flank and maybe one Brownlow every 25 or so years.

Given the way they’re neglected with no official rewards, we thought it was time someone did something to recognise their efforts. Thus, the Mongrel Punt Defensive Player of the Year award was created.

This is the first year of this award – believe me, it will not be the last – and we have applied a formula to encompass both stats, as well as gameday performance, or “the eye test” to determine the biggest, best and most effective defenders in the game.

Let’s jump into the Round Six rankings and then take a look at the overall leaderboard.