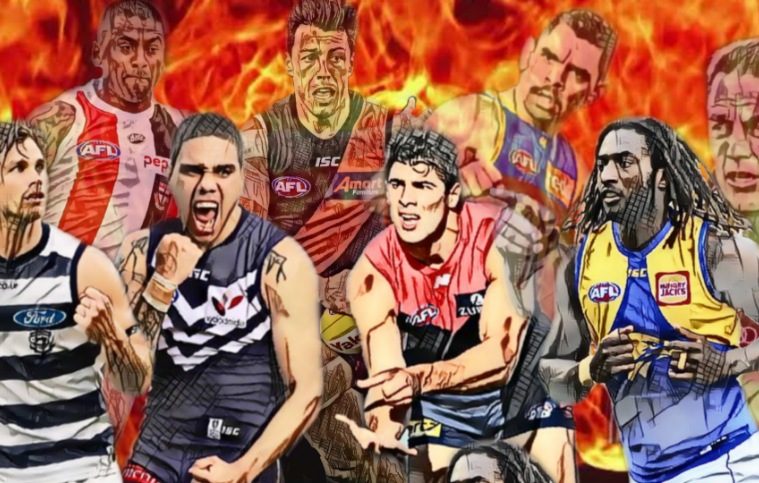 The Winners And Losers Of Round Six

Another week – another round of winners and loser from the Mongrel.

Who were the big winners and the big losers of Round Six?

For three weeks in a row, Menegola has been amongst the Cats’ best and has made the wing position his own. Forget Fox Footy and Champion Data telling you Mitch Duncan is the highest rated wingman in the game. He doesn’t even play there – Sam Menegola is where it’s at in 2020.

Took Harris Andrews out of his comfort zone, kicked goals himself and did a lot of the hard stuff inside 50. With Hawkins commanding the full attention of Andrews, the Cats’ other forwards were allowed the freedom to create.

Completely owned the Hawks and solidified his position as front runner for the All-Australian centre half back in the process.

Outcoached Alastair Clarkson and controlled the way the game was played. Holding the Hawks to three goals for the game speaks volumes about either his gameplan, or Hawthorn’s ineptitude. Let’s go with the former for the sake of this column.

Not just for the goal to ice the game, but for the rundown tackle in the dying minutes as well. He’s a livewire, looked great in the pre-season and is now reaping the rewards at the highest level. The new Hayden Ballantyne?

Had he not been moved to the wing, he was in for a monster game. 24 touches and eight clearances are the type of numbers he was registering last season. Had Adam Simpson left him in the guts in the second quarter, he might have had a 30 touches and ten clearance game.

Actually backed up the talk, ran all day, marked everything and collected 19 touches to Naitanui’s seven. Also collected a new phone. If only his team had won, it would have been a great day for Reilly.

Classy. His gesture after the game was just as good as his clearance and snap goal in the first quarter. He’s a high quality bloke, this Nic Nat fella.

One of the toughest jobs in footy is running with Andrew Gaff. The guy is a machine. Keays did it for the Crows and held the West Coast wingman to 12 touches.

For those waiting for him to arrive… the wait is over. 25 touches and two goals in another best on ground performance should strike fear into potential opponents. There is a real sense that he is unstoppable when up and about.

Three goals after many Bomber fans thought his time may well and truly be up. Zaharakis might have a little bit left in the tank yet, and his finish from the boundary was exquisite.

Living proof that the bump is not dead. An old school footballer in the modern game. Worth watching the footy to see him play.

He’s your All-Australian ruckman right now. Goldy looks back to his best and gave Andrew Phillips an absolute bath around the ground.

Continues to carve out a career as one of the best and most reliable young defenders in the game. Another 18 touches as he ran the ball out of defence with precision as everyone else fumbled around him.

You now, when the commentators get a bit carried away with one player’s physicality, they should probably at least acknowledge the fact that his opponent is doing a number on him.

Whilst the Fox Footy giggle crew spoke about Shane Mumford’s physical work (and I do like that)n they forgot to mention that Scott Lycett was quietly going about collecting a game-high eight clearances. Oops!

At halftime of this game, Bailey Smith was running rampant. He’d had 19 touches and was giving Patrick Cripps headaches in the middle.

Enter Ed Curnow. After half time, Bailey Smith had just seven touches. That, ladies and gentlemen is the Ed Curnow effect.

Nowhere near his best against his old team. Ran around aimlessly and gave them nothing, particularly after quarter time. One touch in the second half… atrocious.

Fell victim to the small forward killer, Jed Bews. With his tall forwards as useful as a hat full of arse holes, a lot rested on the shoulders of Charlie Cameron to carry the load. This time, it was too heavy.

Has been a wonderful servant at Hawthorn, but the clock is ticking and Poppy wasn’t at his best on Friday night. That said, he had a heap of mates down as well.

Big off-season signing and dropped for the game against Gold Coast. Looked really slow to get the boot to ball several times last week and will need to lift to regain his place in this side.

Was pantsed by Luke McDonald and took out his frustration by hip and shouldering a young bloke to the head. Had been playing great footy up until this weekend and he let himself down with this.

Have the wheels fallen off at Hawthorn? Yes, they’re 3-3 and since three is the magic number, that’s how many goals they were able to conjure on Friday night. They looked rudderless.

After a month of footy, Harry Perryman was right up there in the Coleman race. For the last two weeks, Perryman has played on the half back flank.

GWS kicked six goals this week. A bloke who knows where the goals are could have been pretty handy, huh?

Got his chance with the Aaron Naughton injury and kicked a couple of goals last week.

He matched that this week with a couple of kicks. Not goals, just kicks.

Got anyone else you think should be in the winners or losers? Keep in mind we like to keep it at one or two per team. And join The Mongrel if you want out rankings after this week – defensive, wingman and overall player rankings in the next 48 hours. It’ll cost you 40-80 cents per day and you’re helping our site grow.