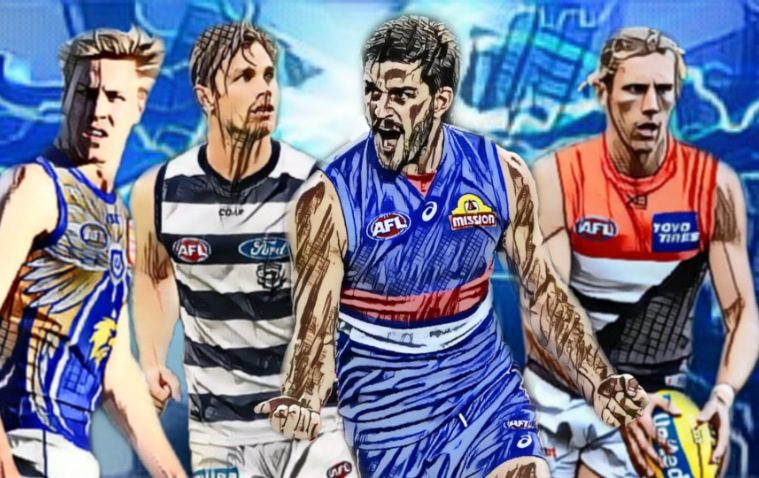 So Round Five threw a few curves our way, with the highly-ranked Sam Docherty being shifted out of his regular position. Spoiler alert – it is the first week he has not ranked in the top ten for defenders.

Josh Bruce had a huge week up forward, but there were a few others who had very good, yet understated games as forwards.

Nic Nat was a monster in the ruck, with Brodie Grundy and Andrew  Phillips engaging in an enthralling contest that was pivotal in the Bombers-Pies clash.

And there was a young Eagle that ticked a lot of boxes up forward and really gave an indication as to how the future of the West Coast forward line will look.

So, without further ado, let’s jump into the Round Five player ranking results and standings for each position. The overall top ten for Round Five is listed at the end.