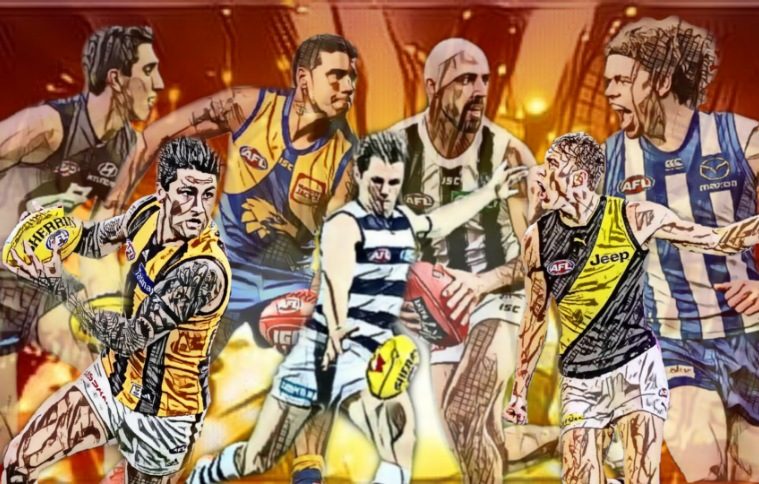 We’re three weeks in to the strangest season we may ever see in our lifetimes. Fake crowd noises. Teams playing home games in a different state. The Suns in the top four. McKenna having COVID and then not having COVID. No one could have predicted half the crazy shit that has happened so far. And I think we are set for some more bizarre results and terrible tipping results until everything settles down. Oh well, I was running a little low on Netflix shows, so I could use the entertainment.

Even though Bulldogs kept their season alive by downing their rivals last week in a very heated affair, I can’t trust them to deliver. Their win says more about GWS then it does about themselves. I’m not convinced they can back it up again this week. It’s also their third game in 12 days and even though the shortened quarters will help with fatigue, they are also battling injuries to stars Josh Dunkley and Easton Wood and don’t have Lachie Hunter back yet. Beverage has publicly backed his young side, but unless they showing a bit of potential this season, he might not have the backing of the board for too much longer.

The Swans on the other hand are flying a little under the radar. Two wins and a close loss have set up their season nicely. I’m still unsure where they sit at the moment, but I am loving their energy and new look forward line with young gun Papley leading the way.

Swans are looking like real winners out of the last trade period, retaining Papley and not paying a King’s ransom for Daniher, who still hasn’t set foot on the footy field yet. They are better than ‘just a side rebuilding’ at the moment and I see them winning this comfortably.

GWS have had the wood over the woods in the past year, which included a thrashing in Round 17 last year and a heart stopping 4-point win in the Preliminary final. Collingwood will be out for revenge in this one and coming off a decisive victory over Saints is the perfect stepping stone to make this a reality.

GWS on the other hand screwed the pooch against the out of form Dogs in round three by being more interested in having a scrap rather than playing footy. Leon Cameron will be wanting his boys to show a bit more focus as they take on the Pies.

On a good day, GWS can beat any team and it will be the same case in this match. Collingwood were superb last week, and if they follow through with that scintillating form, they are going to be hard to beat. But they also have a few weaknesses that GWS will be keen to exploit.

The first one is ball movement. Collingwood’s high-pressure style doesn’t hold up too well when a team is cleanly moving the ball by foot, which is how GWS took them apart last year. The second is they are struggling to score after half time. It’s actually becoming a concerning trend that dates back to late last year.

If GWS can put the brakes on the Pies early, they have every opportunity to bounce back and get a win. However, do I trust them to do it? No. Pies will win this one.

I believe Port are a top eight side, but am hesitant to say ‘flag contender’ until I see them play against a couple of good teams. They’ve had an easy run of it so far, but I think that will stop this week when they come up against a desperate Eagles outfit.

Eagles are not enjoying their Queensland holiday much at all. They are not loving hub life, they like the humid conditions even less and haven’t really clicked as a playing group so far. If they don’t win one of the next two games, things will be looking pretty bleak for a side that not too long ago was expected to make the big dance.

A few of those so-called footy experts have already started to write them off, but that would be a mistake. As average as West Coast have been in the last fortnight, it’s week four. The weather will be much better this week, which will help their ‘travel by foot’ game style and I expect them to come out playing like their season is on the line, because, in a way, it is.

Port are definitely the in-form side of the competition at the moment. They have a great list of youngsters, mixed with experience. This game is a great opportunity for them to let the competition know that they mean business.

There was some premature talk last week that Dixon might be in contention for an AA jacket this year. I think that might be quickly forgotten when Barrass lines up against him and he gets found out. It’s Darling’s 200 milestone game and if one forward is going to throw his hat in the ring for AA contention, it’ll be him.

This game will be difficult to predict – on paper you would expect Port to win big, but I think West Coast will finally get it together. Either result won’t surprise me.

What has happened to Richmond’s iconic forward pressure and slick ball movement? The yellow and black army are struggling at the moment, with their motivation and hunger being called into question after being thrashed by the Hawks.

It wasn’t so long ago that they won their second premiership in three years and looked like cementing a dynasty to rival Geelong or Hawthorn. But we are living in a strange world of COVID-19. I’m sure they will bounce back this week, but there are some issues they need addressing.

The first is skill level, which should improve as the season unfolds. The second is their struggling players. I am talking the likes of Riewolt, Rioli and Casagna – all forwards, which might account for their low scoring in the past fortnight. I also think Dimma needs to have a look at Pickett. Great grand final story, but what has he done since, besides a seven touch and ten touch game? And for the love of god, find another ruck solution to Ivan Soldo, who was soundly thrashed last week. There will be a few heads on the chopping block this week.

They come up against a rising St Kilda side still trying to find their ‘brand’. They got beat pretty convincing last week, but think there’s some promising signs coming out of Moorabbin. I’ll be watching this game with a fair amount of interest. I think the Tigers will get a rocket up their asses this week and come out firing. I also think the Saints will be in fine form and will test the Tigers’ resolve right to the end.

Prediction: Lots of lead changes and a thrilling finish.

Is there a more wholesome story right now than the Suns? I’m absolutely loving their youthful energy and determination to not only win the ball, but also to win games. And watching Matt Rowell is a delight. Are we seeing the emergence of the next Chris Judd? I don’t want to get ahead of myself here, but I think by the time he retires, he’ll have a Brownlow and a premiership under his belt.

They face the Dockers who are a better side than their ladder position suggests. The Dockers have had their chances in all three games and let it slip away. I don’t know whether that means they are close to being good, or not good enough to play four quarters, but you be assured they’ll stick with the Suns for a good part of this game, if not all of it.

The Suns are playing bloody good footy at the moment and it’s hard to see them losing. It’s just not Matt Rowell either. It’s young talent like Ben King and Noah Anderson, as well as established guns like Hugh Greenwood and Brandon Ellis. I think they are going to be a great squad in years to come. Getting high draft picks for years on end has finally paid off. Who would have thought?

The Essendon saga this week has been a, for lack of a better word, clusterfuck. The whole week has left pundits scratching their heads, not understanding how someone can be positive, negative, train with a group of players and just with one other player all at the same time.

I’m going with a bit of an upset here. This whole McKenna saga would have been a huge distraction to the player group. Add the postponed game and disruption to their normal training schedule and you’ve got a recipe for a vulnerable Essendon team.

Carlton are riding high after their win at the Cattery. There was so much to like about their game – the performance from Docherty, the return of the Eddie Betts we all know and love, as well as the first quarter pounding.

In classic Blues style, I reckon they’ll open up a big lead early and steadily lose it throughout the game.

I feel a fair amount of sympathy for Crows fans. Having to watch them serve up some truly insipid performances would make them want to staple their eyelids together. The only thing that can improve what will be a miserable year for them would be to take a few high profile scalps along the way. I hope there’s some justice for you, Crows.

They come up against the Lions and unless something miraculously changed since last week they are going to lose and lose big. Brisbane had a great hit out vs Eagles last weekend after a couple of average weeks and I reckon they’ll come out and end all hope for the Crows in 2020. Neale was outstanding in round three and he’ll be further strengthening his claim for a Brownlow when he takes apart the Crows’ midfield.

Also watch out for performances from former Crows, Charlie Cameron and Cameron Ellis-Yolmen. I think things could get a little juicy. I like a dash of dramatics with my footy.

Prediction: Adelaide supporters start watching other sports for rest of the year.

Geelong were the epitome of false advertising last week because they were not on the ball down in Kardinia Park. They were ambushed at home by the Blues and they’ll be in damage control this weekend against an out and down Melbourne.

Dropping a home game to Carlton is going to really hurt Geelong’s ladder position later on in the season, especially now that it’s been announced they’ll be spending time over in the WA hub.

Geelong looked flat and Carlton ran all over them until they finally kicked into gear in the fourth. They won’t be making the same mistake when they face Melbourne this week. I can really see Geelong putting the foot down on the Dees’ throat and not letting up for a second.

This is a very even match up. In terms of ladder position, I see these two teams falling pretty close together when the season is done and dusted.

Loved the ball movement of the Hawks last week as they carved Richmond up, but they’ll have a more difficult job this week as they face the contested beast of the North Melbourne midfield, which will be bolstered by the likely return of Ben Cunnington.

North were disappointing last week, but they are having fewer of those weeks and more competitive ones.

I have a feeling this battle will be won and lost in the coach’s box. North will want a better showing after last week, but you just know that crafty Clarkson has these 16-minute quarters worked out already and will be displaying some more of his strategic brilliance.

Prediction: Flip a coin. I did. I got Hawks.