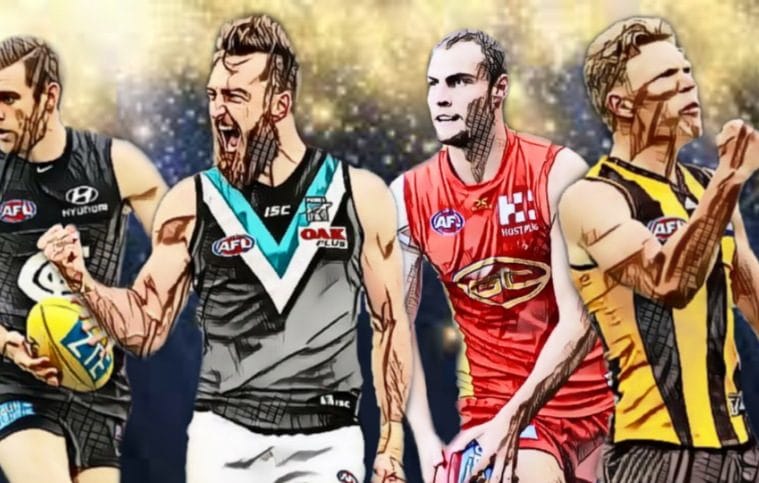 Well, we’re going with this week’s Power Rankings without the inclusion of two teams.

With the Essendon v Melbourne game postponed, we’ll have to make some adjustments to this week’s results once the game is played. Still, it should not diminish the level of brilliance displayed by some of the top performers, one of the comeback kings, and one of the best new recruits the game has seen in a long while.

So, for those not familiar with the concept, what are the Player Power Rankings?

Another unique Mongrel Punt initiative, the PPR assess players based on statistical output pertinent to their position.

As an example, a defender is assessed on his ability to spoil contests, take intercept marks, rebound from 50 and gain metres at a certain efficiency. This criteria is vastly different to the forwards, mids and rucks – each of those positions have their own criteria to assess their impact, week to week. We add in additional points based on coaches votes and our own Mongrel votes, as well as some attention paid to lockdown defensive jobs.

From there, we take the last four weeks and weight it at 100%. Anything prior to the previous four weeks is weighted at 50%, which gives you an indication both as to who is performing at their optimum right now, and who has the body of work to back them up if they have a number of weeks without big scores.

This early in the season the weighting is superfluous, but players scoring well right now will have half of those points in the bank even as we reach the pointy end of the season.

This inner-circle members-only column gives a weekly update on the best-performed players in the league, as well as the breakdown of the top ten at each position. The overall top 50 will be published free for all after Rounds four, eight, 12 and then a final count after Round 17.

The weekly rankings are in addition to this, and as such are for members only. If you’d like to be privy to the week-by-week scores, please consider becoming a part of the Mongrel family and supporting our site as we strive to provide an alternative to the mainstream footy media.

If you want footy media to change, you have to force their hand.

Let’s get on with it.