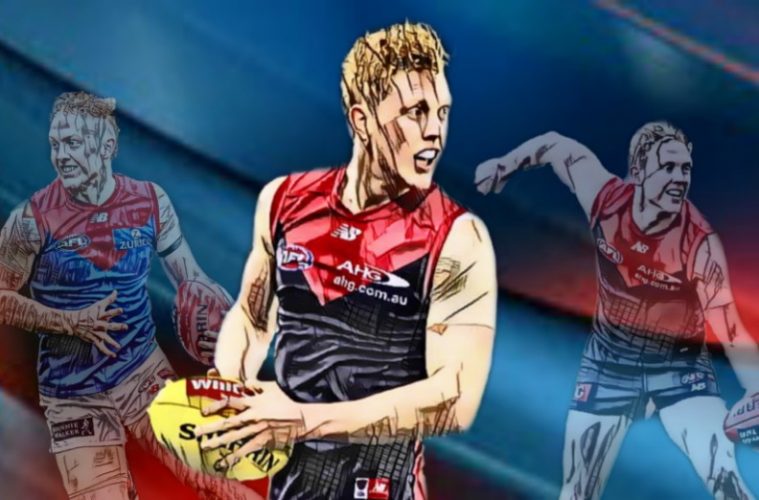 There were plenty of stories to come out of the Carlton v Melbourne game on the weekend and most have been covered by the plethora of AFL media who were just glad to have something to cover other than car crashes and stabbings.

We have all read about Carlton sleepwalking through the first quarter and Melbourne getting a little snoozy, themselves after quarter time.

We’ve read about the chances to win that Carlton squandered and how Melbourne allowed such a dominant performance in the first quarter to go to waste. They are all pertinent stories that have multiple side stories attached to them, but along the way one story was missed. And whilst it is not a story about life and death – stories about the Dees at the moment seemingly rarely are – it is still something in the AFL landscape that may be a reason for a revival of the Demons in 2020.

Not much has been mentioned about the job Clayton Oliver did on Patrick Cripps on the weekend. From the first bounce, the AFL’s forgotten young star was all over the reigning MVP of the league, restricting his impact and working hard to win plenty of the ball, himself.

Whilst many will look at the contributions of Max Gawn and Christian Petracca… possibly even Bayley Fritsch or Jayden Hunt as the drivers of the Demon onslaught that set them up for their first win of the season, many have neglected the output of Clayton Oliver and what his performance meant to that team on Saturday.

But that’s what I’m here for, I suppose.

Breaking down the game with a view to assessing the impact of Oliver, it is interesting to watch just how attentive he was in stifling the influence of Cripps, and just how inattentive Cripps was when the roles were reversed.

The first quarter was the game breaker. The Dees jumped the Blues and led by 32 points at the break. It was a demolition job – like men toying with boys, and Oliver’s contribution was marked. As Cripps was forced to hack away at the footy under pressure, Oliver was able to hurt going the other way.

Cripps registered seven touches for the quarter, with just three being effective. His one clearance was ineffective, as Oliver wore him like a glove and provided the pressure seemingly every time Cripps went near the footy. The Demon relished the chance to lay tackles on the Carlton champ in a statement quarter that saw him not only collect eight touches, himself, but gain 132 metres for his team.

Cripps was able to gain just 18 metres for the Blues.

Both of these blokes play a contested style, and whilst metres gained is not something that either would pride themselves on, to see Oliver running forward with the footy, breaking from the almost stationary Cripps, gave a solid indication that he meat business. He was given a job – a huge job – and he was determined to make it a winner.

Cripps fought back late in the game, and was vital in the Blues comeback. His move forward in the last quarter saw him clunk two big marks inside 50, one of which he converted into a goal. His power and ability to leap at the footy are close to the best on his team. It is such a pity that the Blues don’t have two of him. He has a huge load to carry and he has earned the title of superstar over the past few years as the best midfielder on a poor team.

But is he really so far ahead of Oliver, who has been the best midfielder on both a poor team, and a pretty good one?

Delving into the last three seasons, which I thought was a fair sample size, we see that the difference between the two is minimal.

But, here’s the kicker…

Cripps is in his absolute prime. At 25, he is a man-mountain, and should be at the peak of his powers right now.

At the time of writing, Clayton Oliver is just 22 years old. Some of the stats we just assessed and compared when he was just 19 years old. He is still developing, still learning, still growing, and has plenty of room to improve.

It’s the way of the AFL media that people tend to move to the next big thing really quickly. Over the past few years they have been on the Cripps/Bontempelli bandwagon and we can already see a shift occurring as the Matt Rowell Express pulls into the Gold Coast station. There’ll be a few on that train for quite a while, you’d expect… and with good reason. Some are still on the Connor Rozee Overlander, whilst others might be starting to look at embarking the Sam Walsh stopping all-stations and missing targets by foot train.

But in terms of the player that bridges the gap between the current generation of emerging and established stars, and the next wave, there is a man called Clayton Oliver. And it is about time people starting recognising what he adds to this Melbourne team each and every week.

Oliver is one of just three men to ever amass 400 contested disposals in a season. The other two are Patrick Dangerfield (twice) and Josh Kennedy (three times). He is in pretty good company. Oliver achieved this in 2018, when he was a 20/21 year old.

Could you possibly see any of the current 20 year olds going anywhere near that mark? Andrew Brayshaw? Paddy Dow? James Worpel?

The only one I could see going even remotely near 300 contested touches in a season is Charlie Constable in Geelong… and he can’t even get a damn game!

We often look for the next big thing in the AFL. As stated above, this year it is Matt Rowell, and next year, who knows, but as part of the Melbourne Football Club, Clayton Oliver continues to build the kind of resume that will see eventually hailed as an all-time great of the game. Since his rookie season, he has not averaged fewer than 29 touches per game, and has some of the quickest and most creative hands in the business.

The Demons have a fair bit of work to do in 2020 to erase the ghosts of the 2019 season. There are scars running deep at the club, and they were evident as they limped over the line against Carlton, but at the heart of their fight to re-establish themselves is a two-time best and fairest winner who is barely recognised outside of the club for what he brings week-in and week-out.

Clayton Oliver is a star that works both ways, and by the end of the 2020 season, we could be speaking about him in the same terms as we currently do about Cripps, Bont and the like.

If he were playing for one of the ‘big clubs’, we probably already would be.

Guys, if you like this and would like to read more, please consider hitting the pic below and becoming a member. Your investment gets you access to more content, and also allows us to grow. Thanks.