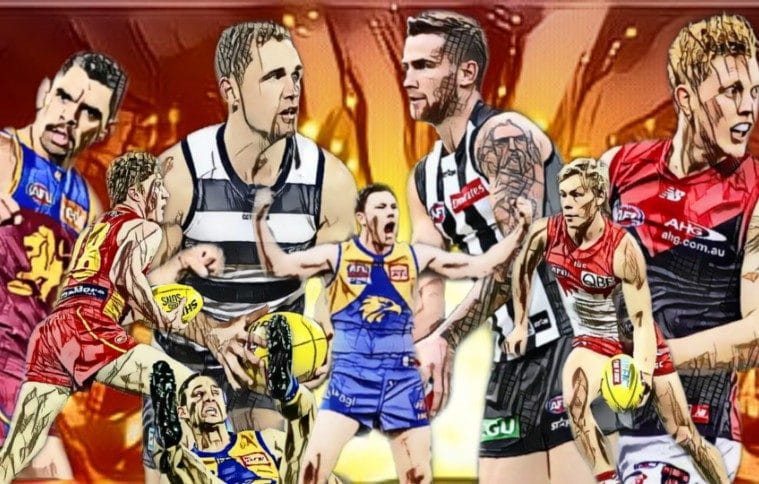 The Heroes and Zeroes Of Round Two

There are winners and losers in every round of footy… unless of course you play to a draw. And even in that case, a poor game can make everyone feel as though they lost.

As was the case on Thursday night in the Richmond v Collingwood game.

But we already know which teams won and lost. We’re not blind – we can see the scoreboard, the ladder and read the expressions on our friends’ faces. What I would like to look at it is a little involved – a little more individualistic when we’re talking about the game we love.

There are the heroes and zeroes every week, and some are a little more obvious than others.

No one goes harder at the footy than the Richmond captain, and his work in the middle on Thursday night was the catalyst for the Tiger comeback. He may not be at the same level he was a few years back, but there are few that would doubt his passion, tenacity and commitment to the cause of creating a Tiger dynasty.

Cotchin attacks every contest as though his life depends on it, and he is adored by the Tiger faithful as a result.

A brilliant start to 2020 by Howe, with two games that had him listed in the Pies’ best. His intercept work, and ability to win one-on-one contests has been integral in allowing the Magpie defence to control the flow of play and lock down the contest.

Currently ranked number three in the game in intercepts, Howe is eyeing his first AA selection in 2020.

Selwood turned the clock back against a team he has hurt so many times before on Friday night. In a wonderful captain’s game, Selwood went head-to-head with Tom Mitchell and stood head and shoulders above the second best player on the ground.

If anyone else receives three votes on Brownlow night, the system is wrong.

Made the wing his own against the Hawks, despite some very solid competition in Isaac Smith, Tom Scully and Ricky Henderson. Duncan stood them all. Duncan beat them all.

With a goal and two direct goal assists, his work up forward was brilliant, and his willingness to get on the bike and head back to defence emphasised just how hard he worked.

The move to Fremantle has been a good one for Aish, and he is settling in nicely to a spot on the wing. In a team with a couple of bonafide stars in Fyfe and Walters, Aish’s contributions will be underrated, but with 26 touches and six score involvements, he is working to make the loss of Brad Hill and Ed Langdon less significant.

Though he played primarily defence at Collingwood, Aish seems to relish the open space and the chance to be a little more creative.

You may listen to mainstream footy media and be doing cartwheels over the way Patrick Cripps finished off another Carlton loss. He went forward, took a couple of grabs and kicked a goal.

But where was he the remaining three and a half quarters? In Clayton Oliver’s pocket, that’s where.

The red-headed star held Cripps well in check for most of the game, whilst winning a game-high 28 touches himself. But that doesn’t sell newspapers…

If you haven’t watched the game, it is well worth your effort just to see a star being born.

The way he stood in tackles, took the heat and dished off to teammates were the types of actions usually reserved for seasoned veterans. He is 18, and he is matching it for strength with Tim Kelly, Elliot Yeo and Liam Ryan. Give him the rising star nomination and the award now.

For a while there it looked as though Zak Butters might be left behind by Connor Rozee and Xavier Duursma, but his efforts in The Showdown indicate that is anything but the case.

Butters had 21 touches, eight score involvements, three clearances and an equal game-high eight tackles as the Power destroyed the Crows. It’s the big three coming through – Butters will not be denied!

Easily the best small forward in the caper right now, and doing the kind of stuff we saw Eddie Betts do at his peak.

Cameron had four goals before half time against the Dockers, prompting a move of Griffin Logue onto him. With Charlie looking good through the first couple of rounds, could a little man actually win the Coleman?

At times he can look like a chicken with his head cut off, darting all about the place in hope, but in this game he was in control and damn, he was damaging!

He had eight intercept touches and returned 508 metres for the Bombers as he stepped up in defence and set the Bombers off and running. His five contested touches in the last quarter were vital to the Bombers hanging on to break a long losing streak at the SCG.

If we pulled the pin on the season right now, Todd Goldstein would be your All-Australian ruck. He completely took Sam Jacobs to school, sending a shudder up the spine of those who thought Jacobs was the answer to the Giants’ ruck issues.

He led the game with nine clearances, kicked a ripping goal after taking possession of a ball up, and had 51 hit outs in a dominant performance.

He is the current list manager at Moorabbin, and is largely responsible for the influx of talent at St Kilda. With Zak Jones tearing it up today, and Dan Butler snagging a couple of goals, the Saints look like they’re starting to gel already.

With Brad Hill, Dougal Howard and Paddy Ryder all in the fold, the Saints turned it on against the Dogs. Hell, even Dan Hannebery looked good! 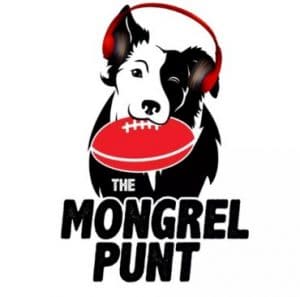 With Ben McEvoy trying his hand in defence, Ceglar had his backside handed to him in the ruck by Rhys Stanley. The Hawks struggled, with very few winners on the night, but none were beaten as comprehensively as Ceglar.

The Hawks have signed him until the end of 2022. Maybe they had to do that, and promise him the number one ruck position to get him to sign. Maybe it’s time to renegotiate.

I wear glasses these days, and I got them through Specsavers. If anyone has Dean Margetts’ number could they please let him know they have two pairs of decent frames for under two hundred bucks?

How he managed to miss Matt Taberner’s clean mark on the goal line to start the fourth quarter, I’ll never know, but if you ask a Fremantle supporter, they’ll tell you he has been screwing them over for years. This just adds fuel to their fire.

Can Brisbane win the flag with McStay playing like someone who’s barely played the game? Between him, Hipwood and Rayner, Chris Fagan is playing a dangerous game where he has one reliable forward propping up three that kind of show up here and there.

It places a lot of responsibility on the shoulders of Charlie Cameron, and it is about time McStay started taking some of the responsibility in that forward line.

With his team up 32 points at quarter time, that game should have been over, yet the Dees almost managed to royally cock things up.

Should he really be in here if he guided them to a win? Hell yes, that should have been a ten goal win, but in abandoning the ruck to throw Max Gawn behind the ball, he gifted the Blues first use of the footy. Clearances were 10-5 at quarter time. With Gawn dropping back, he made Mark Pittonet look good for the first time in history.

When the papers start comparing you to Dustin Martin, it comes with a bit of pressure, and after four goals in Round One, the pressure was on Heeney here to step up and be the string focal point for the Swans.

It wasn’t his fault that the media built him up, but he didn’t go anywhere near delivering, with just ten touches and a goal. More is now not just desired – it’s expected.

After playing a pretty ordinary game, Gov will now be missing Round Three – not for trying to throw Alex Sexton into the fence, but for bopping him one on the chin.

Look, I get he was pissed that Sexton tried to collect him high – he barely touched him, and Gov flung himself around like he was trapped in a blender. I get he was angry at the way his team was performing, – they were horrible. But what I don’t get is how he will be helping his team against a quality outfit like Brisbane whilst sitting on the sidelines.

The Eagles need him.

He is a great kid, and will be a great player for years to come, but that disposal… it’s a worry. With the game in the balance, Walsh had two chances to kick to the advantage of his team and failed miserably both times. The Blues had a lot of ordinary performers, and to single one out as young, and good as Walsh is unfair.

But they were glaring errors.

So, Matty Nicks had a bit of a reality check in the Showdown.

This is what he has to work with. This… rabble.

Too similar in the midfield with no direction once they get it, a defence that is under siege, and a forward set up reliant on a kid with potential in Fogarty, and a veteran with his cue in the rack, in Walker. It’s going to be a long year.

Cunnington had 16 second half touches and Higgins racked up 26 after quarter time. Cameron opted to change something for the sake of change like some clown in middle management.

You don’t fix that which is not broken.

In the first two games of 2020, he has had 18, and 22 touches and is looking a little lost. He’s got more than a few mates that could have gone in here too, but a drop in numbers, even when you factor in shorter equation is indicative of a Bulldogs team that looks in disarray.