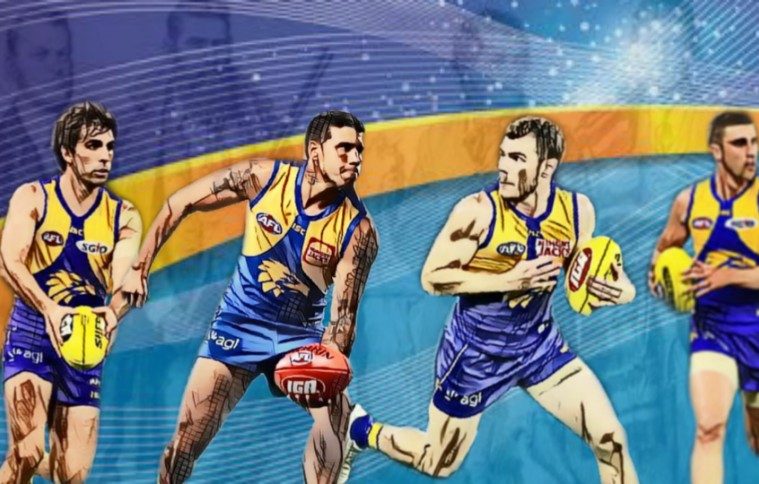 The West Coast Eagles are a team built for right now.

Some may point to the young talent they’re steadily bringing through the ranks, and how they have positioned themselves well for the next several seasons. Oscar Allen, Liam Ryan and Jack Petruccelle have already demonstrated that they’re ready to become regular players in West Coast’s best 22, whilst Jarrod Brander and Jarrod Cameron are both great prospects as well. Josh Rotham pushed his way into the side last season at one point, and Jake Waterman has shown enough to indicate he’ll be a force to reckon with over the coming seasons.

However, with the move to acquire Tim Kelly this off-season, the Eagles made a statement that whilst the future is something they’re definitely investing in, they believe this current team is on the cusp of securing a second premiership in three seasons.

And why wouldn’t they think that?

The Eagles are stacked with talent. From their water-tight defence to their power forwards, they have as much individual brilliance as any club in the league.

Former captain, Shannon Hurn leads a defensive six that boasts names like McGovern, Jetta, Sheppard, and Barrass. It is not a stretch to state that any one of these players could be in contention for the best on ground honours on any given week.

Oh, some would scoff at that notion, perhaps pointing to Tom Barrass as one who might struggle to get the recognition as one of the players of the game. I’d invite those people to take a look at his Round One exploits, if they feel inclined.

Barrass was a contest-killer, completely obliterating Tom McDonald in their one-on-one match-up to the point that TMac was sent up the ground because he simply could not get involved in the play. McDonald finished with a couple of goals, but he was soundly beaten on the day, with one of his goals coming when the game was already in the bag. Barrass had a poor finish to 2019, and looks like he is set to make amends.

But the hits keep coming at Lathlain – the West Coast midfield was good before Tim Kelly arrived home in WA. With Elliot Yeo proving he is consistently one of the best two-way runners in the game, and the explosive Luke Shuey leading a contingent of on ball talent, sporting the likes of Jack Redden and Dom Sheed, the Eagles have the perfect blend of offensive firepower and defensive accountability in the middle.

Then there’s  Andrew Gaff, who will enjoy the freedom the acquisition of Tim Kelly offers. This was evidenced in Round One when Gaff found space all over the park in amassing 30 touches at 87% efficiency – for context, despite hitting the 30 disposal mark 16 times in 2019, not once did he have that kind of disposal efficiency. He is loving life with Tim Kelly on board.

Some may have thought Kelly’s  19 touches were a little quiet for one whose name was on the lips of every footy supporter in the country after two brilliant seasons with Geelong, but it is not all about what Kelly does himself – it is just as much about what opportunities his presence creates for others.

And Andrew Gaff must be smiling from ear to ear when he sees Tim Kelly doing the hard stuff to extract the footy and feed his run.

Up forward, Jack Darling is on the cusp of taking the number one forward slot from Josh Kennedy, if he hasn’t wrestled it away already. Both were very quiet in the first round, with just one goal and 12 touches between them, but with Liam Ryan, Jamie Cripps and Jarrod Cameron at their feet, there should be plenty of scoring opportunities to go around as the season progresses.

The situation regarding Willie Rioli doesn’t seem like it’s going to be resolved any time soon, and as the mercurial star bides his time and crosses his fingers, the team is forced to adapt to life without one of the most skilled players in the game.

But that’s the thing about the Eagles – they will adapt, just as they started to in Round One. And they adapted to allow the move of Tim Kelly into their midfield to benefit not just him, or the team, but everyone individually.

I touched on the benefits to Andrew Gaff above, but having a player the calibre of Kelly in the middle means that the attention of opposition coaches is spread that little bit thinner when it comes to curtailing the influence of the hard running West Coast mids. Who do you tag? And who makes you pay when you opt to focus on an individual?

This group has the uncanny knack of having a player step up when required. From Elliot Yeo knuckling down and focusing on a defensive role, to Luke Shuey busting a game open with his hard run as he did against Hawthorn in 2019, the Eagles have the tools to spread the love around in the midfield, and everyone is better off for it.

Sheed’s ability to step up is unquestioned. He owns one of the most iconic Grand Final moments of all-time, slotting a do-or-die goal from the boundary against Collingwood to hit the front as though ice ran through his veins, but the play of Jack Redden in that finals series was lost on quite a few people.

Redden finished third in the Gary Ayres Medal in 2018, with two brilliant performances in the Qualifying Final and the Prelim. He is not to be overlooked at any time. You do so at your peril.

He was a gun in the blue hoops, tearing up the middle for the Cats en route to compiling five games in the first nine rounds of the 2019 season where he collected 9+ clearances. He hit the scoreboard for 24 goals in each of his first two seasons and positioned himself right at the pointy end of the Geelong Best and Fairest count as a result. There were times he put Geelong on his shoulders and carried their midfield group, breaking tackles, running forward and hitting the scoreboard, and whilst seeing him do the same in the blue and gold would be nice, part of me thinks it just won’t happen to that level with the Eagles.

Part of me thinks he won’t hit the same highs he did as a determined young man making a name for himself at Geelong after being overlooked for so long.

And that’s because he doesn’t really have to put this West Coast midfield on his back and carry them. They’re good enough that they don’t need to rely on him to do that. This is a midfield that was already standing tall. If Tim Kelly can make them walk just a little bit taller, then great. However, that doesn’t mean he needs to be the absolute best player week-in and week-out. This is just not that kind of tea. Though don’t need a saviour.

That said, there will be times this season where Tim Kelly is required to step up and play a vital role for his new team. And I have no doubt he will. All teams require their stars to do that at one point or another, but the Eagles are in a situation unlike Geelong was in 2019.

The Eagles have options.

Other than Patrick Dangerfield, tell me who else the Cats could rely on to get the job done in the midfield last season? Joel Selwood? As much as I love the guy (he may be my favourite player who does not play for the team I support), it became apparent last year that he was banged up and couldn’t perform at the level we’d become accustomed to seeing. Mitch Duncan? Come on, man… he’s never been better than the third midfielder in any side. Gary Ablett? He’d been put out to semi-pasture in the forward line (and played bloody well, too).

The Cats had to ask a lot of Tim Kelly in 2019, and they had to ask it of him every single week because they simply had no one else that could do the job.

As we look forward to the restart of the 2020 AFL season, at times I find myself already looking forward to 20 or so weeks from now, where we’ll find out exactly who has weathered this storm of a season the best and can hold the premiership cup aloft.

The Tigers sit atop the mountain and still appear hungry. The Giants made some big noise in Round One and put the competition on notice with an impressive win over Geelong, and the Eagles… well, they picked up a handy player in the off-season that gives them even more options through the middle.

The Eagles look the likely challenger to the might of the Richmond Football Club, and whether they can topple the Tigers may come down to when they do call on their new superstar recruit and how he responds.

While Shuey, Gaff, Yeo, Sheed and a host of others do their bit for the betterment of this club, there will come a point where Tim Kelly shows just what he is capable of doing for this team, and if it happens in around 20 weeks’ time, well… everything they did, and everything they moved to bring Tim Kelly back to WA will have been worth it.

No pressure, though, Tim… right?