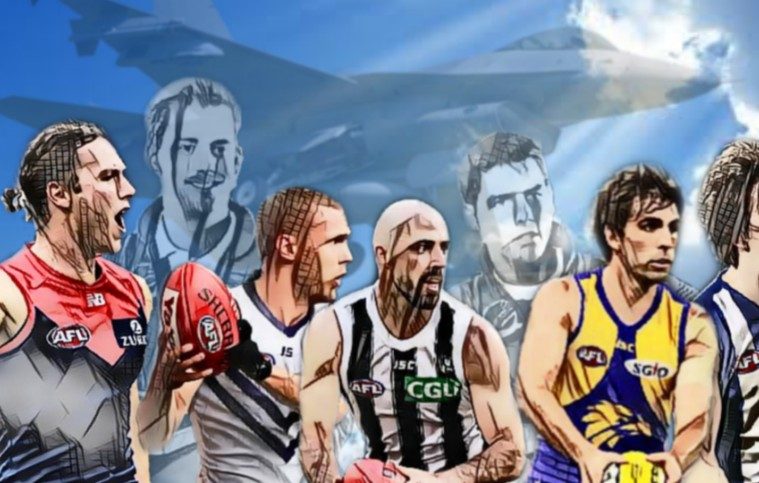 So, as we embark on what we hope will be the remainder of the AFL season, I find my mind drifting back to the 2019 season and the All-Australian team. You know… the team that gets packed out with midfielders and usually ends up with a forward or defender less as they squeeze an on-baller onto a half-forward or half-back flank.

Like Patrick Dangerfield, who was named as a half-forward flanker despite kicking “just” 27 goals. You could understand him getting a run there in 2017, when he kicked 45 goals, but 27? I reckon he played as much half-forward flank as I did from my couch in 2019.

The other position that gets continuously shafted when it comes to the AFL team of the year is the wing.

In 2019 Marcus Bontempelli and Tim Kelly were named as the wingmen in the All-Australian team, ahead of genuine wingmen like Andrew Gaff, Hugh McCluggage, Lachie Hunter and Brad Hill.

Forget those dudes, right? The wings are just part of the midfield. Only, they’re not. They’ve become important specialist roles again in the modern game, with some of the best runners now setting up on the wings and using the wide-open spaces to tear teams apart. Aerobic beasts like Gaff, Hill and Isaac Smith will make a 20 possession game sting with their run and carry and ability to break lines.

I heard Nathan Buckley once say he would rather tag Isaac Smith and restrict him to under 20 touches even if that meant Tom Mitchell got 50.

Ouch for Tom, but it gives an insight into how much damage a good wingman can do.

But it seems as though the league doesn’t really rate their efforts or impacts when it comes to the All-Australian team… it’s much better to throw in two midfielders who were fifth or sixth best in their actual roles.

But enough of the Mongrel vitriol… I’ll save some of that passion for the season.

Rather than continuing to spit hate (I could do it all day), I decided to do something a little more creative. Given the lack of recognition for wingmen, I started looking at the measures of success for those who are best in that role and how best to assess them.

It took a little while, but after a couple of tries, I reckon I found the right balance.

The number of touches is important, but it is not the be-all and end-all of the position.

Metres Gained is a very important aspect of the role, but only if the player is hitting targets, so disposal efficiency must also be taken into account.

Inside 50s are vitally important, as teams have enough midfielders who chip the ball around and go sideways and backwards. Good wingmen hurt teams when they grab the footy, have a couple of running bounces and get the ball into the attacking zone.

Rebound 50s are probably less important. Defensive-minded wingmen are few and far between, so when I assess this stat, I weighted it accordingly.

Finally, running bounces is something that I’ll toy with. Obviously, this factors into the ‘metres gained’ stat as well (unless they’re standing still and bouncing, but that doesn’t happen often), so if I find the same players are propped up at the top of each of the two categories, I’ll probably remove this one.

So, with Round One as our guinea pig… let’s find out who the best wingman of the season is and rate them on a weekly basis in another members-only article. Told ya The Mongrel is worth joining… we’re trying to cover footy in a way the big boys don’t seem interested in doing.

Members only articles will encompass weekly Player Power Rankings, Weekly Defensive Player Rankings and now this one, that assesses the best wingmen in the game. If I were you, I’d join. Go on…