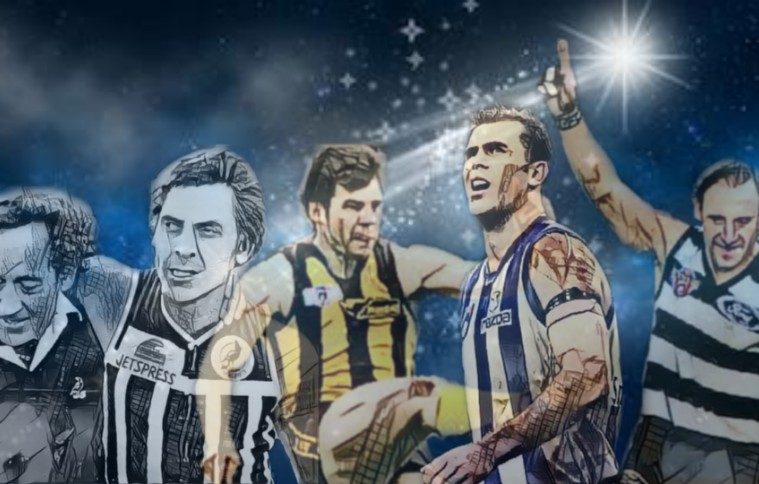 As Kevin Sheedy gets used to being the new kid on the block in terms of AFL legend status, we are already gearing up for the next big decision relating to the 2020 Hall of Fame ceremony.

The event itself is scheduled for June 23rd, and how it plays out remains to be seen.

Irrespective, six more names will be added to the Hall, enabling the AFL to induct another legend into its ranks. The criteria specifically states that only ten percent of total inductees can be raised to legend status. Thus far, the legendary list reads like a who’s who of the football world.

Barassi, Matthews, Baldock, Bartlett, Robran, Coventry, Dyer… there is no doubting their standing in the game, but as we get nearer to the next ceremony, discussion about who the next legend of the game will be starts to ramp up.

Of those currently in the Hall of Fame, there are a few standouts that’ll definitely make the shortlist of any selector. And just who are those selectors? Former Carlton great, Mike Fitzpatrick heads up the committee, and is joined by Patrick Clifton, Col Hutchinson, Dennis Cometti, Matt Finnis, Jim Main, Bruce McAvaney, David Parkin, Stephen Phillips and Michaelangelo Rucci.

Those men will have to decide whether they play it safe this season, or take the flak that will inevitably come with adding someone who the public like to hold accountable for their previous indiscretions.

Who will be at the top of their lists to become the 28th Legend of the game?

They called him ‘God’ for a reason, and one look at Gary Ablett’s spectacular 1989 finals series emphasizes just why. Whilst most will remember his electrifying nine-goal performance against Hawthorn in what many believe is the greatest Grand Final of all time, they forget about his performances in the lead up.

In the Semi Final versus Melbourne, Ablett had the lazy 24 touches, 14 marks and kicked 7.7

The next week, he was back at the MCG, this time against Essendon, and this time taking it one step further to propel the Cats into the Grand Final. Along the way, he collected 23 touches, 10 marks and kicked 8.5.

Then there was his herculean Grand Final performance. For those three weeks, Gary Ablett was untouchable, and was viewed as the undoubted best player in the game. If anything holds Ablett back from reaching legend status, it may be on the basis of character. This is a large reason for the delay in his initial induction into the Hall of Fame. The AFL states that it may consider integrity, sportsmanship and character when making an induction. My thoughts – he’s already in the Hall of Fame; you’ve already crossed the “character” bridge once during the first induction. It should not impede his elevation to legend status.

How does 10 SANFL premierships grab ya? What’s that? You think that was a typo? Nope, TEN premierships as both player and coach headline the achievements of Fos Williams in Aussie Rules footy.

Starting his footy career at 24 due to service in World War 2, Fos won his first flag as a player in 1947 with West Adelaide, and won his last as coach of the Port Adelaide Magpies in 1965. Think about that for a second. In the 19 years from 1947 until 1965, Fos was involved in a premiership win once every 1.9 years.

Adding to that, as if it is required, he captained South Australia five times, won two Best and Fairest awards at Port, and lead the Magpies in goal kicking three times.

Fos would be the second man to be hailed as a legend without competing in the VFL/AFL, after Barrie Robran’s elevation in 2001.

The King took the Centre Half Forward position to a new level in the 90s. His courageous marks and on-field leadership were the catalyst for two North Melbourne flags.

Seven All-Australian selections (four named as captain) and two Leigh Matthews trophies are just two of the accolades that follow the Carey name. Unfortunately, some of his indiscretions may work against him. Similar to Gary Ablett, Carey has seen his share of negative press, largely through his own doing, and there would be a backlash should he be elevated.

His footballing resume cannot be doubted, but at this stage, The King may have to wait a little longer to be crowned a legend of the game.

It was interesting to hear Kane Cornes label it a “disgrace” that Russell Ebert was not already a player of legendary status in the Australian Football Hall of Fame this week. I genuinely like the way Cornes goes about it, and he definitely has a case in regard to the Port Adelaide legend.

Ebert played 391 games for Port Adelaide, and was part of three flags. He won four Magarey Medals and was judged best for South Australia in the 1981 state carnival as well. He claimed six best and fairest awards at Port, and despite leaving it very late to come over to the then-VFL, Ebert had one excellent season at North Melbourne before heading home.

He averaged 21.36 touches per game for North, despite turning 30 in his debut season.

If Cornes has his way, Ebert will be elevated on June 23rd.

Lockett and Dunstall. There was never one discussed without the other being brought up during their careers. Lockett was the man-mountain in the St Kilda, then Sydney goal square, whilst Dunstall was the hard-leading, chest-marking spearhead of the Hawks. Yet currently, only one resides in the Legends category.

Dunstall sits third all-time in goals scored, behind only Lockett and Gordon Coventry (another already in the Legends category). Whilst he is behind them in goals, he is ahead of Lockett in premierships, but trails Coventry by one.

Dunstall’s team-first play is one of the differences often cited when compared with Lockett. His tap-ons and deft toe pokes to a player in better position often resulted in a goal for Hawthorn. His 17.5 against Richmond in 1992 remains one of the greatest individual feats in footy history, and he was incredibly stiff to miss the 92 Brownlow after kicking the last 145 for the season..

Those seven premiership cups are hard to argue with.

Tucky helped march the Hawks through their most successful era, and that’s saying something given the team’s recent exploits. Over the course of his 426 games, Tuck played in a record 39 finals games, four in front of fellow-Hawk, Shaun Burgoyne. He has also played in the most winning teams in AFL/VFL history, with 302 wins to his name.

Hawks fans are starting to beat their drums to include Tucky as an AFL Legend in 2020. He held the games record until Boomer Harvey finally passed him in 2016 and was runner up in Hawthorn’s Best and Fairest award an incredible seven times – that’s what happens when you play in the same team as Leigh Matthews.

Tucky may not have received the awards of some of his contemporaries, but he was a leader of men, and a leader who helped pilot a Hawthorn team to greatness in the 1980s.

There was a time when people wondered whether Doug Wade was the best full forward of all time. This seems to be forgotten now as the likes of Lockett and Dunstall happened by, and passed him on the all-time goalkicking list. However, throughout the 1960s and into the 70s, Wade was a scoring machine, racking up 1057 goals for both Geelong and North Melbourne.

Wade is a dual premiership player, winning in 1963 with the Cats, and 1975 with the Kangaroos and once slammed through seven goals in the final quarter of a match against Collingwood at Arden Street.

Famously, Wade was kicking for goal in late 1970 to put his Cats in front of the Swans. A spectator threw an apple onto the field and it connected with the ball as Wade was dropping it onto his foot. The umpire called play on, and the Swans took the ball the length of the ground to score, and seal the game.

Wade finished his league career with an average of 3.95 goals per game, and has four Coleman medals to his name.

There is no coach more synonymous with a club than John Cahill is with Port Adelaide. Ten premierships as coach of the Magpies makes him one of the most successful coaches in the history of Aussie Rules. When you add to that the four premierships he won with Port as a player, now you’re talking a complete career.

From 1977 to 1995 (19 seasons) he won ten premierships with the Port Magpies, at an average of one every 1.9 years. Imagine competing against that? It’s no wonder there are two types of people in South Australia – those who barrack for Port Adelaide, and those who hate them.

Are the AFL feeling steady enough to weather a controversial storm with the elevation of Carey or Ablett. If they are, one of the two seem a likely choice. If they’d rather keep things quiet for another year or two, then they may opt to take the safe route of Jason Dunstall.

That’s not to say Dunstall wouldn’t be completely deserving – I think he is a lock to be elevated at some point, anyway. Or do they try to quieten the incessant cries of ‘Vic-Bias” and turn attention to South Australian legend, Russell Ebert?

I don’t think they’ll go for a coach again for the second time in a row, which may rule out Hawthorn icon, John Kennedy Snr as well. I reckon your next AFL legend will come from that group of four – Ablett, Carey, Dunstall or Ebert. Who would be your pick?

To finish up, I’d like to sing the praises of someone who may seem to have come from left field – Gary Dempsey.

Until a few years back, Dempsey was still the record holder for the most marks ever taken. He was eventually passed by Nick Riewoldt, who will one day make his own case for addition to the highest level of football royalty in the land, but right now, Dempsey has waited his turn.

He is still the second-highest Brownlow Medal vote-getter in history and has one of the medals to his name. He is a seven-time best and fairest winner (six with the Bulldogs and one with North Melbourne) and made both the Western Bulldogs and North Melbourne teams of the century.

I reckon it’s a long shot – the money is on Carey, Ablett, Ebert or Dunstall to get the nod, but as someone who watched Dempsey late in his career, I’d love to see the big fella get in.

Want more of this kind of stuff? Join The Mongrel to get more and help support our site to grow.