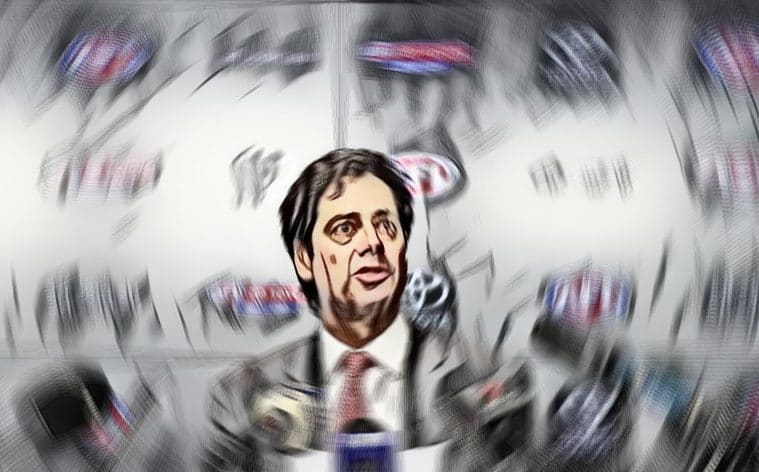 Season On Hold – What’s Next?

The football world has changed.

In a call that many thought was inevitable, Gil McLachlan and the AFL Commission bit the bullet and postponed action in the 2020 season after just nine games of the 153 the league they’d hoped for.

It was a gutsy move to attempt to continue the season in the first place. Many criticised the AFL, becoming instant experts on the subjects of viruses and economic fallout of a cancelled (postponed) season seemingly overnight, as seems to be the case more often than not when a topic becomes part of the everyday discussion. Experts pop up everywhere, don’t they?

Personally, I was happy to have footy back. Any footy. I was just… grateful.

I’d watched the AFLW season tick by, and loved the fact that you could visibly see the improvement in the collective standard. Not to blow wind up anyone’s backside, but those who were considered stars in the league’s infancy have now been matched, or surpassed by the next generation, with only the truly elite retaining their spots at the top of the tree.

And then, that was gone as well, with just three games to go to determine the fourth premiers in the league’s history. Lost amongst much of the disappointment about the loss of the AFL season is the disaster that has befallen a league on the rise – no premiers in just their fourth season is a horrible result.

Not everyone was pleased with the AFL’s decision.

Then we got the Marsh Series – who would’ve thought that this would provide us with some of the best legitimate, uncompromised footy of the season? Players like Darcy MacPherson, Liam Baker, Bailey Smith and Andrew McGrath sounded a warning that they were about to take the next step in 2020.

And then, against a backdrop of uncertainty, we had the season kick off. Dusty and his Tigers stopped the Blues. Collingwood exposed the Western Bulldogs and the Giants showed that they were not going to allow the terrible finish of 2019 to impact their 2020.

Then it all stopped.

At half time of the Brisbane v Hawthorn clash, the AFL boss held a press conference and postponed the season.

And the hearts of AFL supporters everywhere sunk.

I’m a pretty optimistic person by nature, but I was legitimately surprised by the decision to even commence the season. I think we are now seeing why the decision was made to give it a go in the first place.

A day after the decision was made to put things on hold until at least May 31st, the dominoes have started to fall, and the ramifications of ceasing play this season are starting to be felt. Not just by disappointed fans and players, but by those who made a living working in the footy industry. This stoppage has not just brought the competition to its knees; it has put the people involved in it out on their asses.

The first report trickled through that the Gold Coast Suns had stood down their entire football department. This was followed quickly by the story that the Brisbane Lions players were being put on leave without pay. Then came news that Collingwood, one of the best-positioned teams to ride out a crisis such as this, was laying off their footy department as well.

Brisbane were quick to move to deny the report by The Age’s Daniel Cherny, but over the next week or two, I expect to hear many stories that are similar to the ones we heard today.

Footy is in trouble.

Gil wasn’t joking when he said he stated that this was the biggest crisis the game has faced in over 100 years. Wars have been fought in that time, and the game, and the clubs have endured, but in the face of a fight against a faceless enemy, the game appears to be in dire straits.

Many AFL clubs live hand to mouth, despite enormous popularity, and have for years. Many rely on the AFL to prop them up in one way or another. But what happens when the AFL can’t afford to do so? They’ve already informed 80% of their staff at AFL headquarters that they’ll be required to take leave – a lot of it without pay, or lose their jobs entirely.

How the hell are they going to be bailing anyone out if they cannot afford to keep their own people on?

Over the coming days, every club will announce cuts to their staff, and I expect there will be a lot of angst amongst players as well until the AFL, and the Players Association nut out a deal as to what the players will be paid over the next few months. A 20% pay cut was floated, but is that all that the clubs will have to cut from their most valuable commodities?

So, Captain Doomsday, what can the league do to mitigate the potential collapse of the smaller clubs, and how will it be received?

Could the league investigate the option of privately-owned teams again? I mean, it was such a success in Sydney, wasn’t it?

Could we be looking at mergers? At relocations? The dissolution of some much-loved teams? Voluntary administration?

Am I being a panic merchant? Will the government step in and prop-up the league, meaning all this is just drum-beating, the likes of which would usually belong in the Herald Sun, or the West Australian? I think the government would have other things on their minds right now, like the health and wellbeing of those impacted the most by this damn virus. Football probably is not their priority.

Look, I am as hopeful as anyone that May 31st rolls around the AFL is ready to resume action, but there is a part of me that knows this probably won’t happen. The teams will almost need a new pre-season to get right and ready to recommence play.

This isn’t just a pause. This could be a full stop.

I hate writing this. Absolutely hate it. I want to be writing about what happened on the weekend, who stood out, who disappointed, and who will be better for the run, and I will do a bit of that over the coming days (Player Power Rankings incoming as soon as the coaches drop their votes). However, right now there is only one story, with thousands of little threads.

And I just hope that after all is said and done, that every one of those thousands of little threads is back and all fitting together to once again make up the tapestry that is the AFL.