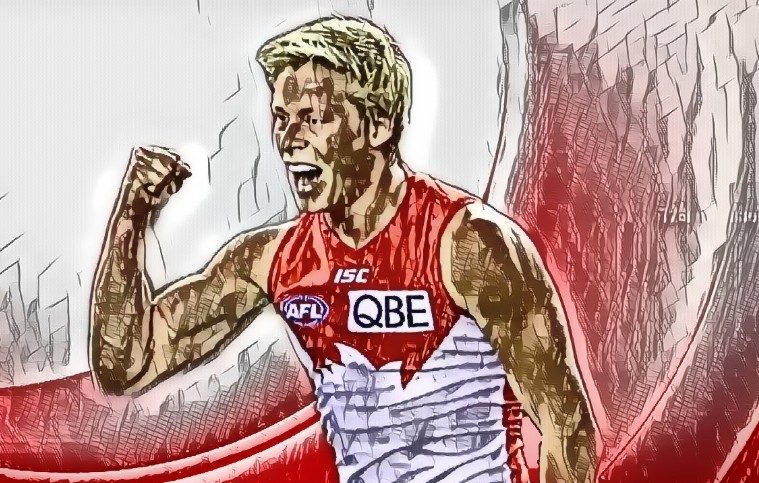 I’ll be honest – my expectations for this matchup were low. When you look at the Crows and Swans performances in 2019, matched with their less-than-remarkable pre-season form, it was no wonder many punters were earmarking these two teams for a bottom four finish.

But it’s never wise to write teams off before the start of the season and this game was the proof in the pudding. Even though the Crows will be disappointed that some poor ball handling potentially cost them the game, there are some reassuring signs for Adelaide fans out there.

And can you ever really write off a team that is led by John Longmire? He’s one of the most successful coaches of the modern era – taking the red and white to the big dance three times since 2011 and making every finals series except last year.

Anyway, enough waxing lyrical – let’s get into the nitty-gritty of this belter of a game.

A TALE OF ONE QUARTER, THEN TWO QUARTERS, THEN ANOTHER QUARTER

Right off the bat, you knew these two teams wanted to silence their critics and make a statement. From the first bounce, the intensity was high, the ball movement slick and goals flowed at both ends. But it was the Crows that got the upper-hand early and were able to punish the sleeping Swans defenders with great inside 50s.

I’ve already noticed in this season of reduced minutes that momentum can change quickly as teams no longer have to conserve energy – and that’s exactly what we saw in this game with the Swans firing back, hurting the Crows by scoring heavily from turnovers, forced by amazing forward pressure, which stopped Adelaide comfortably moving the ball by foot.

In quarters two and three, the trio of Heeney, Papley and Blakey all made me forget that they are missing Buddy Franklin from their line up as they looked like scoring every time the ball came into their forward-line.

And while the game looked done by the middle of the fourth with the Swans being just that little bit too far ahead and players lagging from fatigue, the Crows engine room powered by Sloane, Laird and the Crouch brothers really stepped it up to try to get Adelaide across the line, but ultimately fell three points short.

Tough luck, Adelaide. But it was a mess of your own making.

Crows revitalised forward line: If I told you three years ago that the Crows would be better without Eddie Betts and Josh Jenkins, you would have laughed at me. But I loved the synergy in their current forward line up. There were patches of this match where the ghost of the Crows of old – the ones that gave the opposition the willies because they were just that dangerous – reappeared. Really loving their three-tall set up of Lynch, Walker and Fogarty. I just think it needs more time to develop.

Hang in there, Crows fans – don’t microwave your memberships just yet! I can see them turning the ship around … maybe!

Are the Swans back? No. Don’t get me wrong, they were great today, but there is still a lot of questions to be asked, which will surely be answered when they play a top eight team. But there is something very exciting building with this young list and I can see them causing a lot of headaches in a few years’ time.

Tex Walker did the right thing: Relinquishing a captaincy can’t be easy, but after the fallout from camp that can’t be mentioned and a change of coach, it was time for someone else to take the lead. Sloane is a great choice to instil belief into a group of players that have had their confidence shaken. But all I ask is you never mike him again. “Yeah, baby! Woo!” is hardly inspiring.

Great to see Naismith back: After 919 days, Sam Naismith played his first game after rupturing his ACL. And what a return it was with the big man not only beating Reilly O’Brien in the hit out count, but also being serviceable around the ground too.

There was no other choice but Issac Heeney for BOG. Already a star in his own right, Heeney went to a new level in this game as he wreaked havoc in the Crows’ defensive 50. Four goals with five score involvements was a predominant reason the Swans were able to sneak away with the win.

I loved his energy, whether it was trying to take Mark of the Year (twice), his sublime link-up plays or his repeated efforts at both ends of the ground.

As well as best on ground, he also claims my OMG MOMENT in the second quarter, when, after failing to take Mark of the Year, he dusts himself off and lands a beautiful, powerful tackle.

A worthy mention: Luke Parker absolutely carved up this game with 30 touches and 12 clearances. And let’s not forget that this is a shortened game of 80 minutes. The Crows simply could not stifle his influence and his polish throughout the middle was a pleasure to behold.

I was all ready to stick the boot into Aliir Aliir for having a rough day at the office, until I saw the stats chalked up by debutant, Fischer McAsey. The reason I thought I didn’t notice him initially was that he barely spent any time on the field, but I was wrong. he played over 80% of game time – and when you have five disposals at 20 percent efficiency, perhaps it would’ve been better if he spent more time off the ground. If you’re not a fan of maths, 20 percent of five works out to be one good touch of the footy. Sorry McAsey, you were already doomed as the cursed pick-six. Hopefully, that’s the teething game out of the way for you.

You escape this week, Aliir, and let’s hope your injury isn’t too serious, because I usually love to watch you play (but just not today).

A worthy mention: Not sure what game the commenters were watching when they were praising new recruit Sam Gray. Maybe they were trying to block out his horrendous kicking! How hard is it to kick it when the goal is right in front of you, 25 metres out? Gray was lucky to connect with his foot from a set shot. I get that he probably had the yips because it was his first game for Sydney, but still, it was a worthy recipient of my WTF MOMENT.

As though fitting with the recent narrative of Tex going missing in big moments, it was Taylor Walker with the clock ticking down, and a chance to bang a goal from 55 metres to steal the game for the Crows.

Alas, the kick went as you’d expect, and the Swans managed to hold on to win.

That’s all from me. Where do you see Adelaide and Sydney ending up this year?